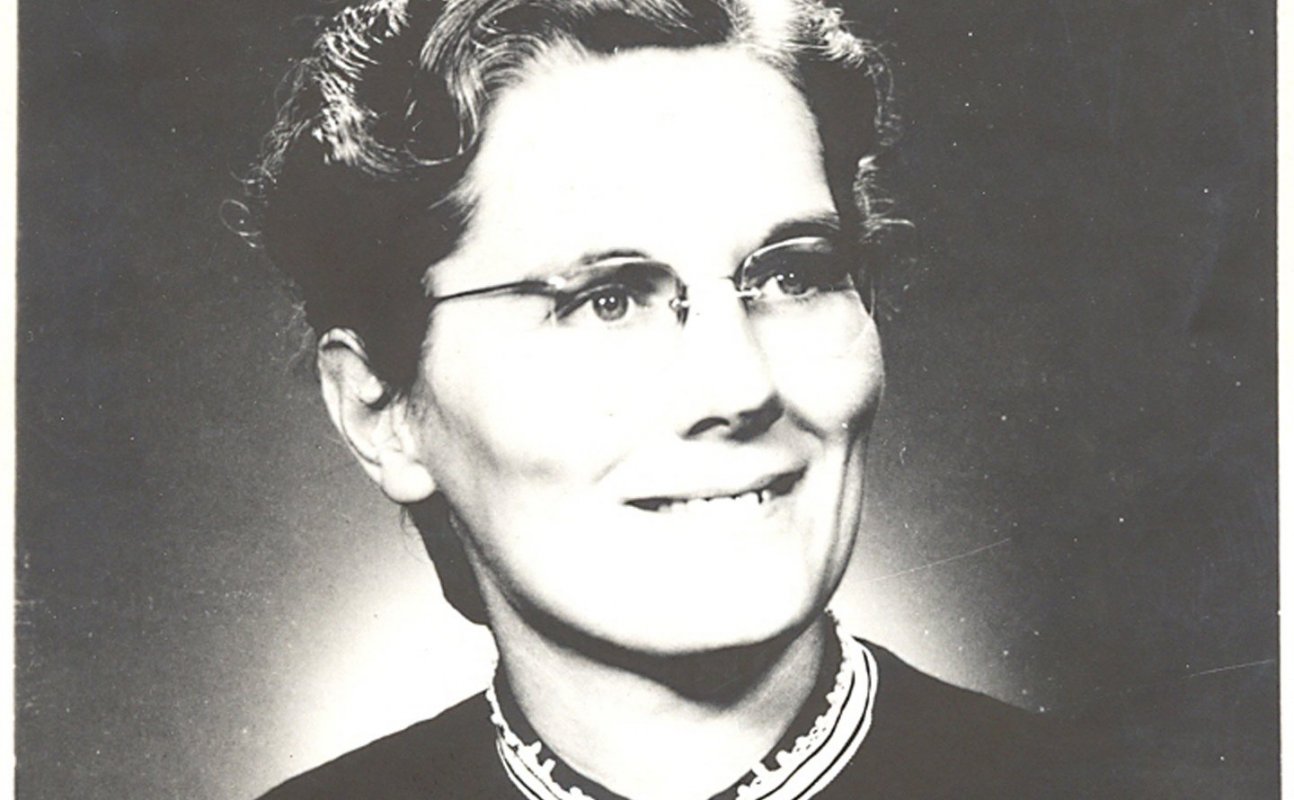 Rebecca Bibbee, a woman of extraordinary compassion and faith dedicated her life to serving the people of Central India. Experiencing a call to missions at the age of 15, Rebecca would spend fifty years of her life mothering orphans, caring for lepers, establishing churches and schools all for the glory of God. Her sacrifice and submission to God’s will is an example of a true missionary spirit.

Shortly after Rebecca’s birth on March 12, 1922 in Wheeling, West Virginia, her mother died leaving her to be raised by an aunt and uncle. She attended Intercession City Bible School in Florida in preparation for her missionary service and while there, worked in home missions and evangelism. Later, Rebecca attended Marion College where she was first introduced to The Wesleyan Methodist Church. At the age of 28, she was given the opportunity to go to India with Missionary Bands of the World. During the seven years she was with this organization, she worked in an orphanage, in language study, and was responsible for the construction of the Willobee Memorial Chapel in Chowki.

In 1959, Rebecca returned to Central India under the Wesleyan Board where she was assigned supervision of the girls’ orphanage in Rajnandgaon, worked at the Wesleyan Leprosy Hospital, and also established an English medium school. Her commitment and love for the children of the orphanage earned her the name “Mama”. Left at the orphanage when they were infants, many of these children were raised to adulthood by Mama (Rebecca). After they finished grade school, Rebecca saw to it that “her” children attend one year of seminary and two years of either teacher’s training or nursing school. So important was seminary education to her, that she paid for the tuition out of her own pocket.

As administrator of the Wesleyan Leprosy Hospital, she helped to establish Hope City, a community of small cottages for leprosy patients whose stay at the hospital often extended to several years of treatment. Once the treatment was successful, they were free to leave the hospital. The uncertain future of these people weighed heavily on Rebecca’s heart.

Can you get at least one face etched upon your heart and keep that one surrounded by a fortress of prayer as he goes forth?

Home furloughs were joyous times of visiting with family and friends. She never considered giving up her work in India even though she confessed to having mixed feelings upon returning to her mission work.

I am human enough to have mixed feelings as I return to that dark land, but I have long since learned that the secret of the joy unspeakable and full of glory which Jesus gives to His own is captivity to the will of God. It is a glorious captivity indeed.

Rebecca fought persistent illness, loneliness, and frustration with the lack of personnel to help in her efforts to minister to the Indian people. In her correspondence she stated, “I realize more every day that it is only the grace of God that sustains me.”

It is doubtful that we will ever know the full impact of her life and ministry on the people of India. For her commitment and service, she received an honorary Doctor of Laws degree from Marion College on May 14, 1988. Rebecca retired to Brooksville, Florida and passed away in 2009. The inscription on her grave stone encapsulates a life totally committed to her Lord and His service: With her Lord, she served India for fifty years.