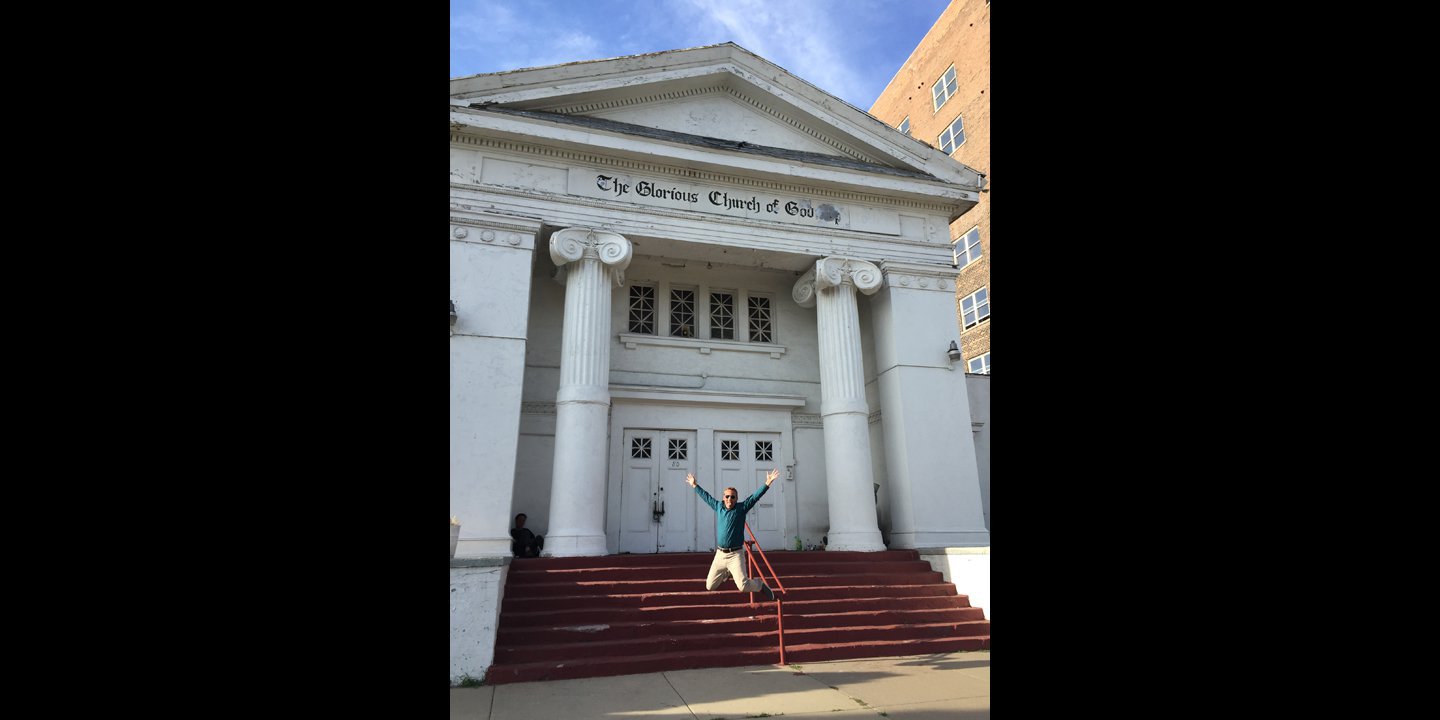 A new church, in a very old building, is beginning to take root in the heart of Midtown. It’s called Mosaic Midtown Church, and church leaders have taken on the rather large undertaking of restoring a historic building that dates back as far as the 1880s.

Located on Alexandrine Street, between Woodward and Cass Avenues, the church rests in the shadow of another historic restoration project, the Strathmore Apartments. Once completed, the restoration process will leave the church exterior largely as is, save for some badly needed cosmetic touch-ups, with the interior receiving the bulk of the work.

Though another church held services at the building up until Mosaic church leaders purchased it for $1 million in September 2015, the building was badly in need of repairs. Mosaic is investing an additional $1.5 million in renovating the 17,800 sq. ft. church, maintaining much of its traditional charm while simultaneously bringing it into the 21st century. The floors, windows, pews, and pipe organ will be restored, alongside installation of new HVAC, plumbing, and electrical systems. Structural improvements to the walls and roof will also be completed.

While a few monitors will be placed throughout the sanctuary, they’re largely for practical reasons and not to emulate the theater-like settings of modern mega-churches. Pastor Mick Veach, who left Stony Creek Community Church of Washington, Mich. last year to start Mosaic, says that structurally-significant beams may block the views of some in the congregation, just like the obstructed view seats at old Tiger Stadium. The monitors will help alleviate that situation.

Many of the churches in Midtown don’t own their own buildings, says Pastor Veach, but instead rent spaces for Sunday services. And rent can get expensive in Midtown these days, not just for apartment-dwellers and businesses, but churches, too. The pastor believes that to truly make an impact in the community, Mosaic had to put their roots down. It’s a big investment, but Mosaic believes it to be an important one.

“There’s a lack of trust, says Pastor Veach.” A lot of folks have had bad experiences with a church because the church, in some regards, has taken advantage of their authority, or the church is only open Sunday mornings, or the church only wants money. We believe that in the need to have a physical presence, to say that we’re here long term, that we’re here to collaborate, to be a blessing to the neighborhood, to join everybody else here. And the way to do that is to have an actual physical building.”

According to Veach, Mosaic is a multi-denominational church, made up of different ethnicities of various financial means. They’ve been meeting at St. Patrick Senior Center nearby while waiting for renovations to be completed. Mosaic will continue a relationship with St. Patrick, as well as foster a partnership with the Children’s Center across Alexandrine. Pastor Veach is in dialog with Mariners Inn and he says he plans on reaching out to the nearby Detroit School of Arts, too. The goal is to have a presence in the neighborhood not just on Sundays, but every day of the week.

The building itself is an interesting one. The original church, built in 1884, is far off the street, located in the back of today’s building. But several additions have brought it closer to the sidewalk. Many groups have used the church over the last 130 years, including its longest tenant, the Masons. Church officials say there’s a number of Mason-centric peculiarities about the building, including a secret room complete with a mural featuring Mason iconography painted on the ceiling. A stained-glass window of the Eastern Star, also a feature of the Masons, is going to be removed and gifted to an former octogenarian congregant of the old Eastern Star Temple that was once located there.

Mosaic Midtown Church is scheduled to open in June 2016. It is located at 80 W. Alexandrine St. in Detroit.