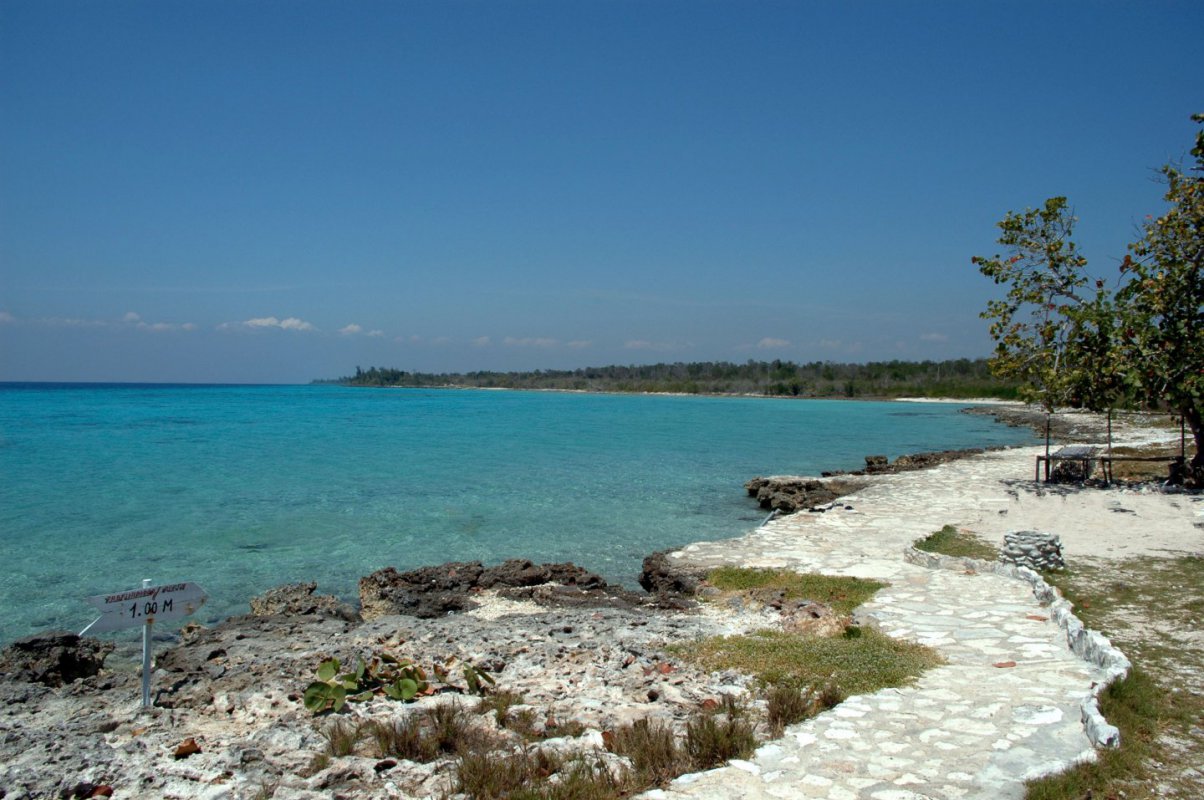 New Christians are baptized in Cuba's Bay of Pigs, God speaks through dreams in India, and Wesleyan churches assist victims of an earthquake in Northeast India.

On Sunday morning, December 13, a spirit of worship was alive, real, and powerful with more than 100 believers gathered at beach in an area known as Bay of Pigs. Twenty people were baptized in the beautiful Caribbean Sea. The candidates for baptism were from the Wesleyan congregations of the West District. Pacific Southwest District Superintendent Phil Stevenson gave the baptismal message. He and six other short-term team members were blessed to witness and participate in the seaside service.

Also pray for the growing congregation in Havana. The home they were meeting in is too small for the number of people attending, and they must find a new location.

Our young friend Aan* walked through the door of our house. Just the day before he had been at our home very upset that his entire family had decided to fully reject him from the family and his mother had threatened to kill herself if he didn’t leave Jesus and return to Hinduism. . . . Now he was sitting in our living room with news that was nothing short of a miracle. He shared how he apologized to his family for hurting them, but it was impossible for him to leave Jesus. He assured them of his love for them. He later spent several hours praying for his family and went to sleep.

At 5:00 a.m. he was awakened by his mother telling him that she had a dream in the night. Jesus had come to her telling her that Aan was not her son but belonged to Him. For the first time in three months, she made him breakfast. She apologized and told him to follow Jesus. When the rest of the family heard his mother was encouraging him to follow Jesus, the rest of the family miraculously decided to support him too.

We are celebrating what we hope is the end of this difficult season for Aan and look forward to what God will do in the rest of his family’s lives.

-reported by a Global Partners missionary couple in India

On Monday, January 4, a 6.7 magnitude earthquake hit Imphal, Manipur, in northeast India early in the morning (local time). There is a high concentration of Wesleyan churches in this area. Contact has been made with the regional superintendent for the Northeast India Wesleyan Church. The superintendent confirmed that “all our members are safe,” and it appears there is no structural damage (houses, churches, and administrative buildings) directly connected to them. Pray for the people of the Wesleyan churches in the area who are reaching out to those who have lost loved ones and those who have suffered property damage. Pray for the love of Jesus to be evident.