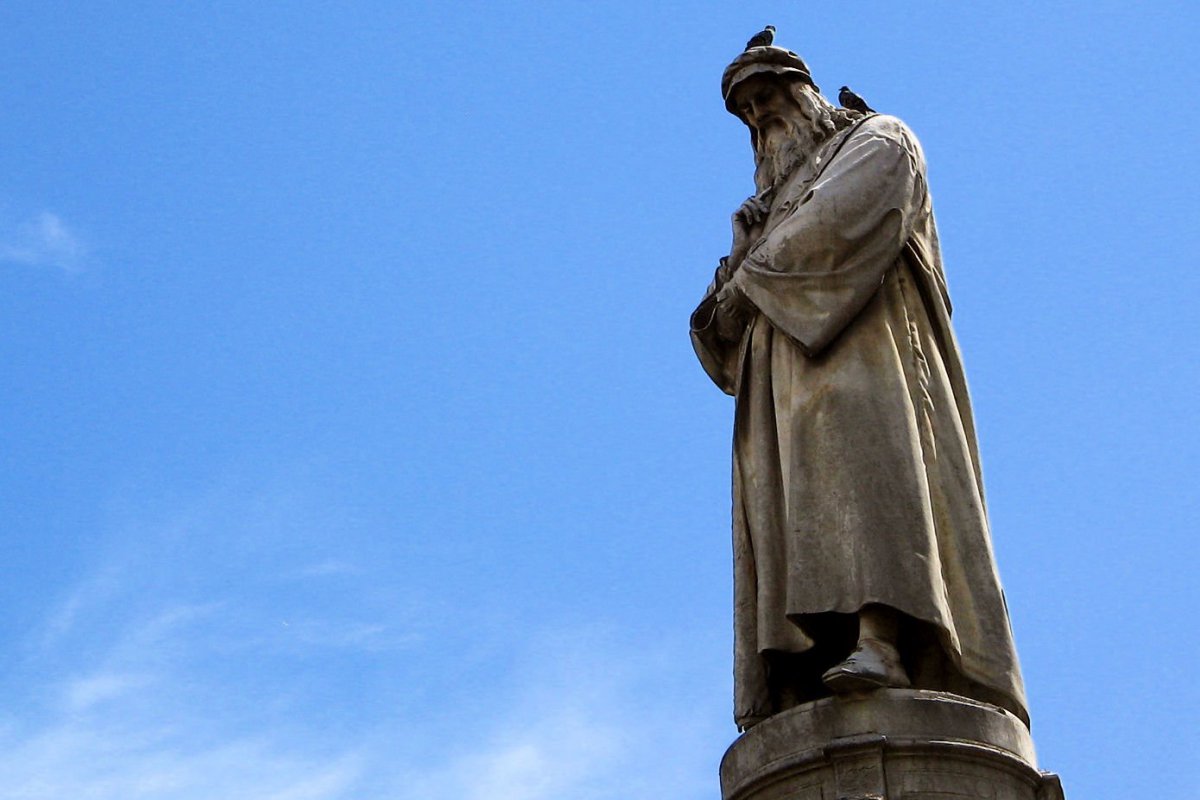 As Leonardo da Vinci painted a masterpiece, a young onlooker knocked over nearby canvases. The artist reacted in anger, stifling his ability to paint in that moment--until he sought forgiveness.

I read somewhere about Leonardo da Vinci’s reaction to some boys who were watching him paint. One of the boys carelessly knocked over a stack of canvases. The artist threw down his brush and accosted the boy with harsh words. The lad began to cry and ran from the studio.

Da Vinci picked up his brush to resume his painting, only to find that he could not do it. He had been trying to paint the face of Jesus.

He put down his brush and went out into the streets, looking for the boy he had scolded. When he found him, he said, “I’m sorry, son. I shouldn’t have spoken to you so harshly. Please forgive me. You only knocked over the canvases. I blocked the flow of God in my life with my anger.”

When da Vinci resumed his painting, inspiration returned and it was as if the face of Jesus flowed from his brush onto the canvas.

There is such a thing as good anger, clean anger, righteous anger. For instance, Abraham Lincoln saw a slave woman sold at an auction and he became angry at what he saw. He said, “That thing called slavery is wrong, and if I ever get a chance to hit it, I’ll hit it hard.”

But when is anger righteous and when is it wrong? Aristotle is quoted as having said, “Anybody can become angry – that is easy, but to be angry with the right person and to the right degree and at the right time and for the right purpose, and in the right way – that is not within everybody’s power and is not easy.”

No wonder James said, “Everyone should be quick to listen, slow to speak and slow to become angry, for man’s anger does not bring about the righteous life that God desires” (James 1:19-20 NIV).

Why not do what da Vinci did? Instead of allowing anger to have the upper hand, seek forgiveness. If you have been angry in a vicious or unkind way, ask forgiveness. It’s amazing how a humble spirit can repair a damaged relationship. Or if someone has wronged you, forgive them, even if they don’t ask you to do so.

As James says, be quick to listen, slow to speak, and slow to become angry. Remember “anger” is only one letter away from “danger.”