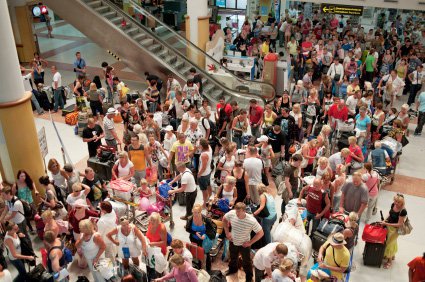 Dare to be different

How do you respond to peer pressure? When you are the only one who believes you are right, do you have the courage of your convictions?

I read about an experiment conducted several years ago by psychologist Ruth W. Berenda and her associates. It was a simple plan to determine how people handled peer pressure. They brought groups of ten young people into a room and instructed them to look at a chart on which they saw three straight lines. They were instructed to raise their hands when the teacher pointed to the longest line.

What one person in the room did not know is that the nine others had been instructed in advance to vote for the next-to-longest line. The idea of the experiment was to see how a person would react to the peer pressure of being the only individual in the room who voted differently from the others.

The first group of ten filed into the room. The teacher explained they were to raise their hands when she pointed to the longest of three lines. Nine of the teenagers raised their hands when the teacher pointed to the second longest line. The “victim” looked around in confusion and finally raised his hand with the group. The teacher repeated the instructions and raised the next card. Once again, the nine voted incorrectly and the one uninformed person voted along with the majority.

Time after time, the uninformed person voted that a shorter line was longer, even when he knew better, because he lacked the courage to be different. This occurred about seventy-five percent of the time. It was true of small children as well as high school students.

How do you respond to peer pressure? When you are the only one who believes you are right, do you have the courage of your convictions?

God chose Joshua to lead the people of Israel after Moses died. One of the reasons is that Joshua, along with his friend Caleb, stood against ten others in giving a report on the Promised Land. They all saw the same things, but while the ten focused on the walled cities and the “giants” in the land, Joshua and Caleb believed God would help them overcome the obstacles.

When Joshua assumed leadership, God said, “Be strong and very courageous” (Joshua 1:7 NIV). God knew he could count on Joshua, who understood that right is right even when nobody is doing it, and wrong is wrong even if everybody is doing it.