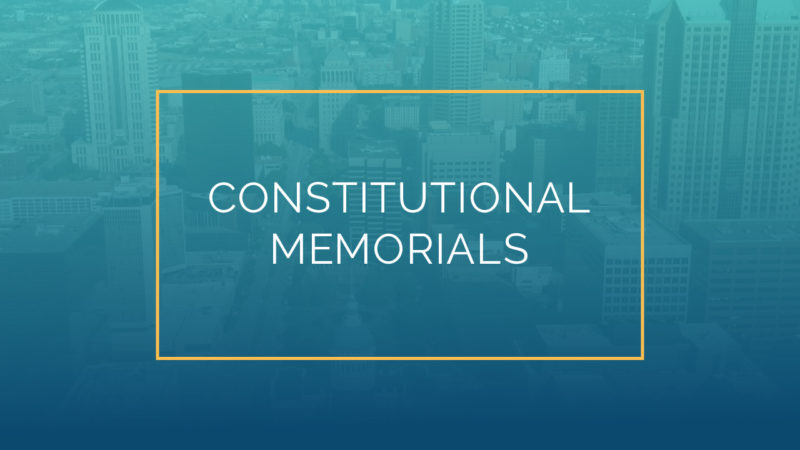 The Wesleyan Church (TWC) districts to vote on two memorials passed at the 14th General Conference regarding gifts of the Spirit and membership commitments.

When North American district conferences convene in the coming weeks, two important memorials will be on their ballots — Memorial 52: Regarding the Gifts of the Spirit and Memorial 55: Membership Commitments. Because they require an amendment to TWC’s constitution, they must be passed by an aggregate two-thirds vote from the district conferences and must be voted on by the Caribbean and Philippines General Conferences as well.

Memorial 52: Regarding the Gifts of the Spirit addresses TWC’s stance on the miraculous use of languages, which is often referred to as speaking in tongues. This was the subject of much debate at General Conference in St. Louis. Delegates heard from Northeast District Superintendent Dr. Karl Eastlack, who chaired the committee that wrote the amendment. He explained that the first General Conference of 1968 wrestled with this very issue, and the wording in “The Discipline” has been rewritten six times since then. Over the years the general church has had theologians, scholars, pastors and missionaries weigh in on the issue. “Many had the opportunity to speak into this,” he said.

The issue is how to strike a balance between not hindering a true work of the Holy Spirit, but also not allowing church services to be disrupted, something that was necessary back in the early 70s as the “Jesus Movement” was sweeping the nation.

What passed in St. Louis — and will now be voted on by districts — in Memorial 52 is language that explains TWC recognizes that “the gift of tongues is given to some believers,” while recognizing that not every believer must speak in tongues as evidence that they are filled with the Holy Spirit. The memorial was amended during conference to specify that if someone speaks in tongues in a public setting, then another person must provide an interpretation so that all may understand and be edified. The memorial concludes by saying, “Pastors and leaders are to exercise discretion in light of these instructions to ensure our gatherings bear the fruit of unity and order in a manner helpful and intelligible to those hearing the gospel.”

Memorial 55: Membership Commitments is to clarify the difference between membership commitments in “The Discipline” and the “Guides and Helps to Holy Living.” An unintended consequence to changes made to membership requirements at the 2016 General Conference was to make paragraphs 268 and 297 conflict with each other.

If someone were to read paragraphs 260 to 267, it would seem (incorrectly) that everything listed there is a membership requirement.

But indeed, the only four TWC membership requirements are found in paragraph 297: a confession of faith in Jesus Christ; Christian baptism; a commitment to abide by the Articles of Religion (paragraph 299); and a commitment to live out the mission and vision of TWC through discipling relationships with the local church.

Memorial 55 fixes the problem by rewriting paragraph 268 of “The Discipline” to drop a reference to these being our “membership commitments.” If passed, the new wording will now read, “These are the Guides and Helps to Holy Living for our church. We believe all these to be consistent with the principles of Christ as taught in the Word of God, which is the only and sufficient rule both of our faith and practice. If any among us do not observe them, and/or habitually break any of them, we will admonish such persons in love with the hope of restoring them to lives in harmony with the spirit of the above Guides and Helps to Holy Living.”