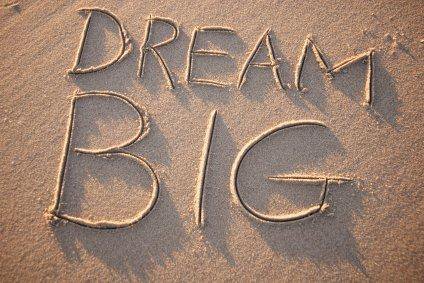 Don’t be cynical; be hopeful

The old man limped off the stage. Lines of regret and sorrow creased his face as he turned and gave one last mournful glance over his shoulder. His unkempt hair and matted white beard befitted his torn and disheveled clothes. He testified to his experience with Ebola, political strife, and terrorism. It was a tough year.

On the other side of the stage, a child bounced into view. A top hat adorned his golden locks, a bright smile spread across his face, and he walked with the jauntiness of youth.

The child sported a banner, “Happy New Year,” as he pranced into the spotlight. He gave a slight glance toward the departing old man. “Good riddance!” he said, as 2014 stumbled out of sight.

It’s easy to be cynical. The old year was a tough one for many people.

It’s also easy to be naïve. The New Year is full of promise.

I advise a middle road. No need to be cynical. We can’t go back and do it over. The better choice is to learn what we can without giving in to the cynicism.

On the other hand, we can be enthusiastic and hopeful without being naïve. No need to make the same mistakes. Wise people learn from the mistakes of others, without having to make every blunder themselves.

I prefer to take the attitude of reflecting on the past, learning the lessons we can, and making the best possible plans for the future.

Through the prophet, God assured His people during a difficult time: “Forget the former things; do not dwell on the past. See, I am doing a new thing!” (Isaiah 43:18-19 NIV).

This ancient advice is excellent for today. Whatever you experienced in 2014, the New Year is as bright as the promises of God. You can move forward with confidence, especially if you walk with God.