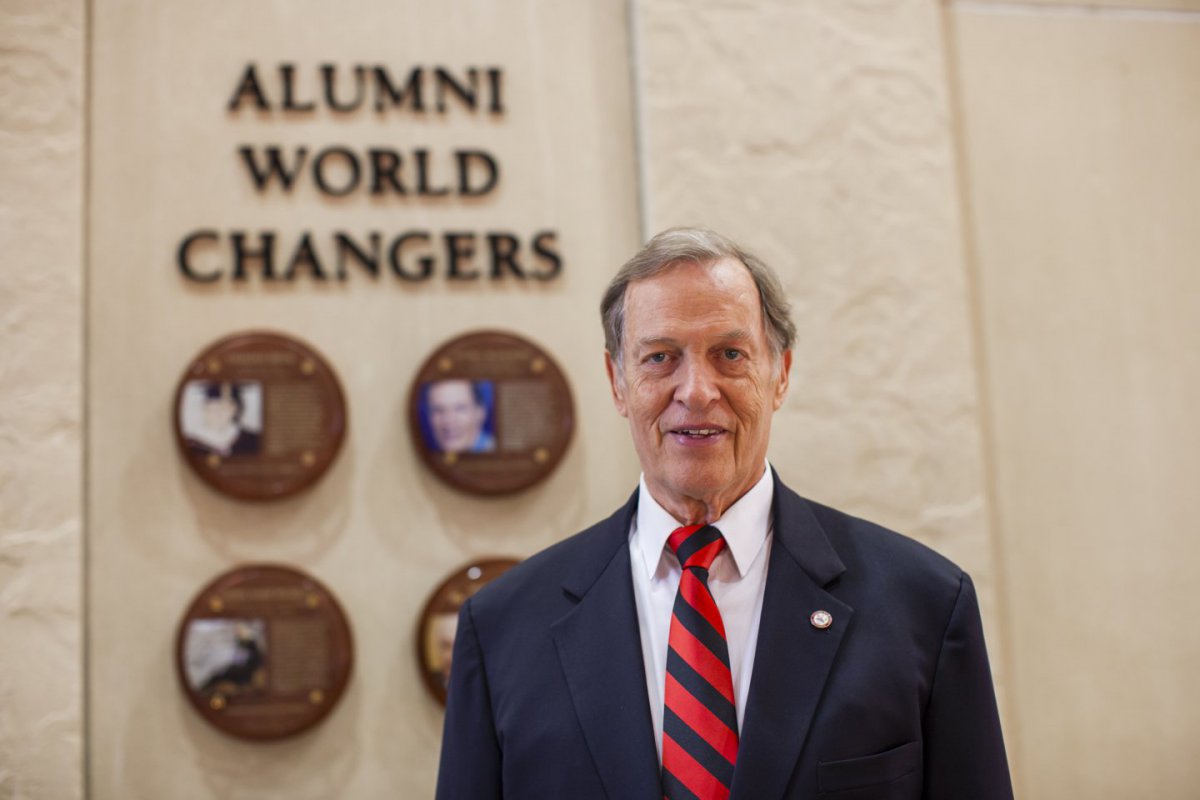 IWU alum David Blanchard's career has included years with both the U.S. Navy and NASA.

Indiana Wesleyan University has named Dr. David Blanchard as the 2016 IWU Alumni World Changer. The award was established in 2012 by the Board of Trustees to honor an alumnus who has made or is making a significant difference in his or her corner of the world.

Blanchard, a Kentucky native, graduated from IWU in 1953 with a major in religion and a minor in Greek. He went on to earn masters and doctorate degrees in physics and applied physics.

Blanchard’s first career job was in underwater oceanography with the U.S. Navy. His success in the Navy led to a job that would span 20 years with National Aeronautics and Space Administration (NASA).

In 2004, Blanchard funded IWU’s first endowed chair, The Blanchard Chair in Physics and Mathematics, with the hope of encouraging Christians to pursue science degrees.

Previous inductees include Cheryl Marie Beckett ’00, a humanitarian worker who was killed in 2010 as she returned from a medical mission in Afghanistan; Howard Noggle ’40, an alumnus who served five Marion College and IWU presidents in a variety of administrative positions; Doris Wall, a missionary to Guyana who helped to revise the New Testament in the Patamuna language; Charles DeVol ’26, a botany professor and missionary in China and Taiwan for 54 years; and Francis Mustapha ’72, a nationally recognized high school science teacher who raised money to build Madina Village School in his native Sierra Leone.

“Our hope is that their stories would inspire current IWU students to make a difference wherever God places them,” said IWU President Dr. David Wright. “IWU Alumni World Changers are ordinary people who have done extraordinary things with their lives.”