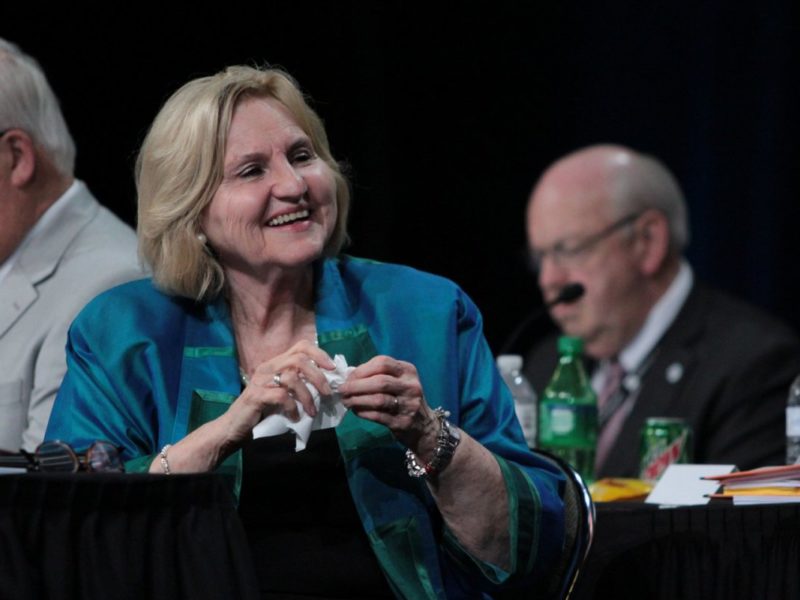 On Tuesday, June 7, of the 2016 General Conference, the title of General Superintendent Emerita was conferred upon Dr. Jo Anne Lyon, effective at the rise of the conference. The action was unanimous and met with a standing ovation.

During a very special moment at the conference, Dr. Lyon shared her personal testimony. With her characteristic vulnerability, she shared the struggles she had in younger years loving people and loving the Church. With passionate authenticity, she related once again how Jesus Christ gripped her life and the Holy Spirit transformed her heart into a heart of love, and how he can do the same for any person made in God’s image, if we yield to him. Her tears of love and hope were met by tears among many in the assembly.

Dr. Lyon’s sister, Shirley Close, a renowned international opera star, sang beautiful renditions of His Eye is on the Sparrow, Were You There When They Crucified My Lord?, and other classics that uplifted the conference.

Dr. Lyon was honored with the reading of an official citation describing her unique service to the Church. The citation in full reads as follows:

Dr. Lyon came into this post of service after having founded World Hope International in 1996, an international relief organization alleviating suffering and injustice in 30 countries. She also served previously in social work, teaching, counseling, and urban community development. Her diverse background of community outreach and church engagement prepared her well for the variety of challenges in leading an entire denomination to transform lives, churches, and communities through the hope and holiness of Jesus Christ.

In 2012, with a restructure of the General Church ministries, Dr. Lyon was elected to be the sole General Superintendent of The Wesleyan Church. Her clarity of vision helped the church find the new direction that was sought after a listening tour in the prior quadrennium spurred on the General Board to transition from a legislative to a missional leadership structure.

The posture of Lyon’s leadership has been to connect and empower. She is renowned for knowing people in high places of power, as well as marginalized people that are disenfranchised. Her dynamic connections and mode of empowerment has been a potent way to launch the church forward toward the future.

Under her leadership the church experienced consistent growth (and consistently with record-setting levels) through conversions, baptisms, and attendance, areas that are not the only signs of church health—but often are indicators of the healthiest parts of the church.

The complexity of the General Church structure was replaced with a new Executive Cabinet under her supervision, which became a collaborating group working together as a team under her leadership.

Lyon brought a particular emphasis on seven areas of missional priority for the church, which elevated areas sometimes out of view, or re-emphasized zones of ministry that are easy to take for granted. Those seven areas are: authentic Christian leaders, spirit-filled believers, ethnic diversity, urban urgency, church health, church planting, and focused prayer. As these priorities are realized in the church we are indebted to Dr. Lyon’s leadership for delivering such clarity.

On behalf of her Executive Cabinet, team members throughout Wesleyan Headquarters, the General Board, and this entire General Conference of The Wesleyan Church, we express our gratitude for the crucial leadership Rev. Dr. Jo Anne Lyon provided to the Church she loves and has served. You, Jo Anne, are a true servant of Christ and we admire not only what you have done, but also who you are in the midst of such service. 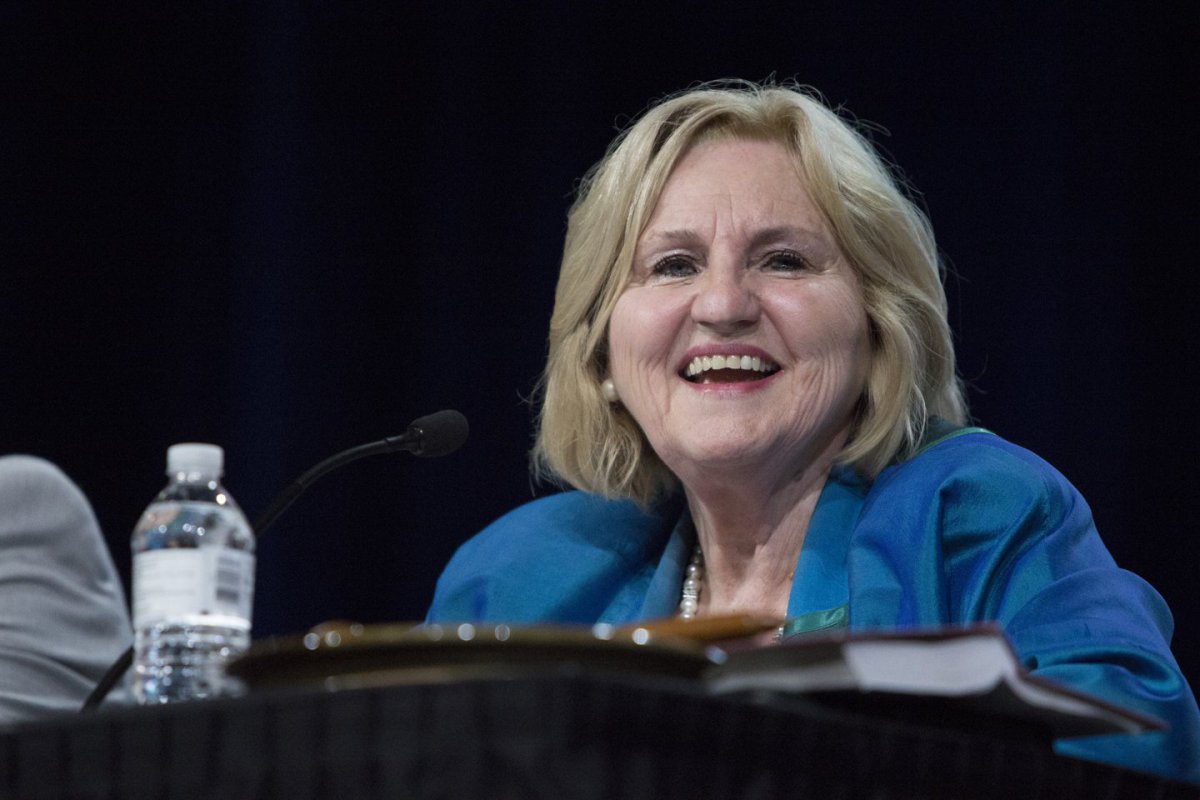 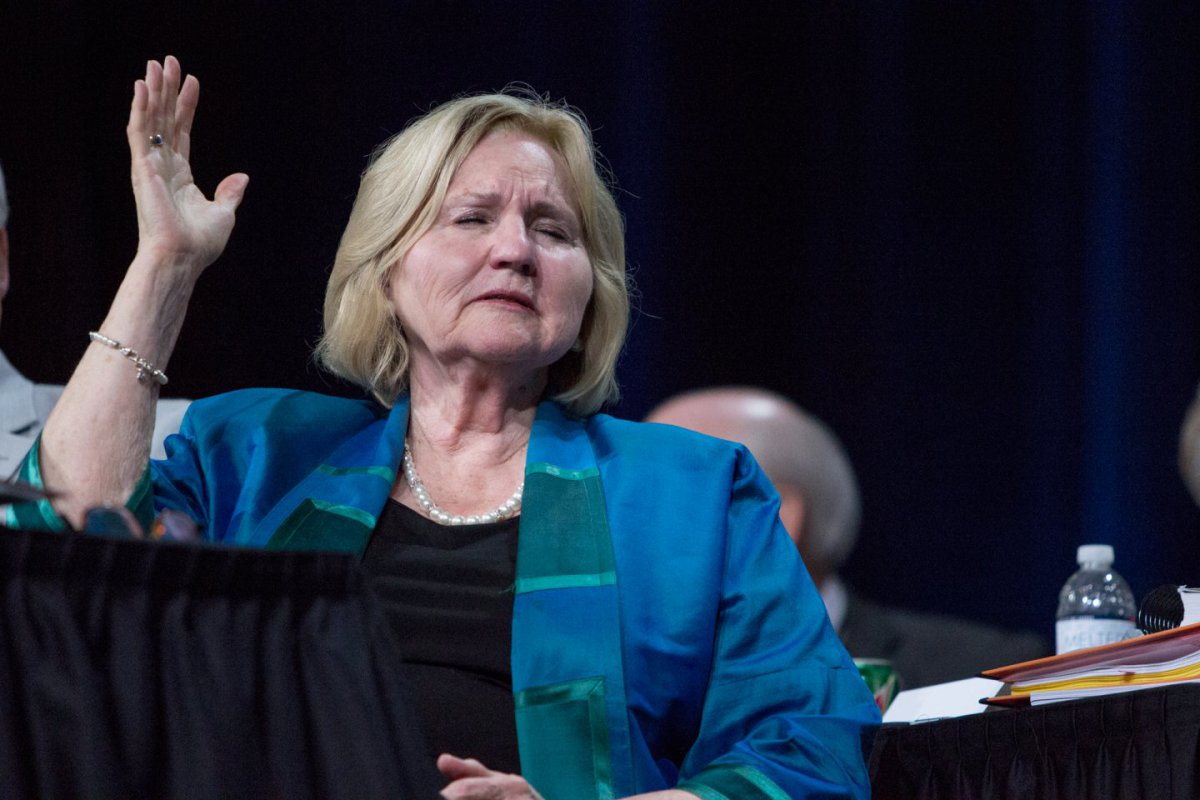 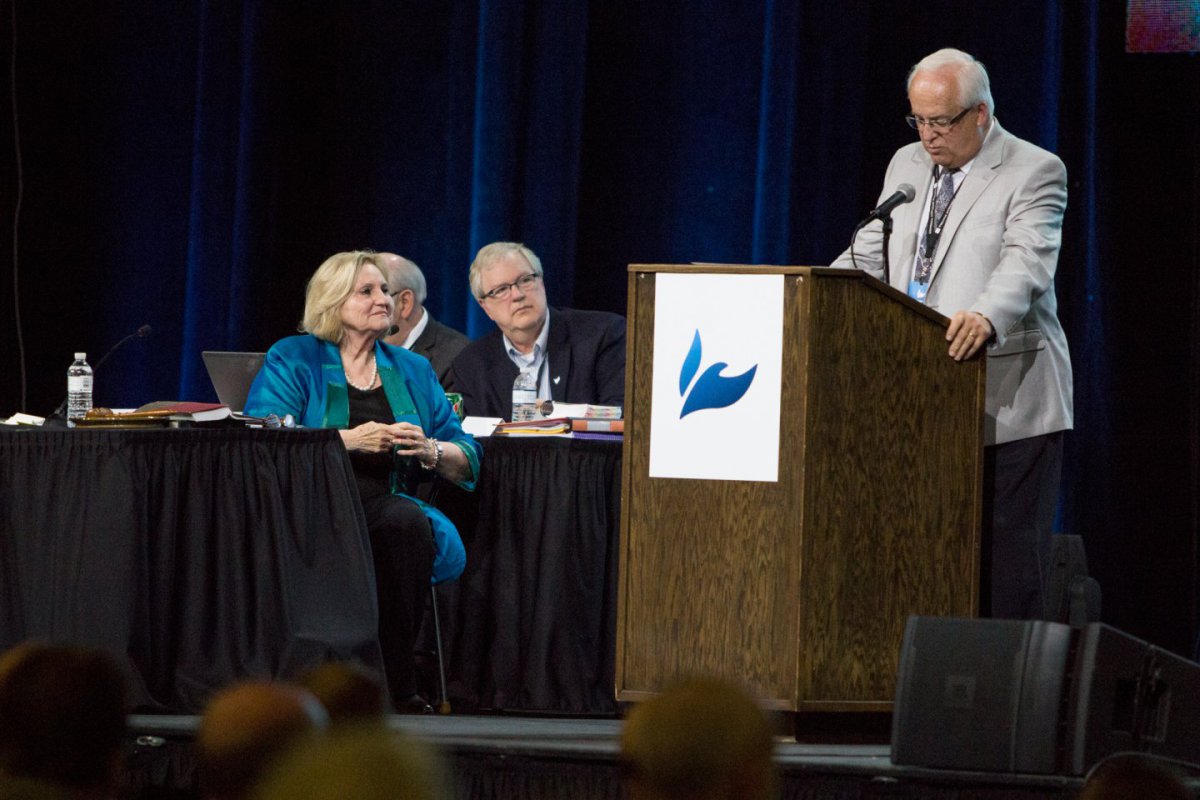 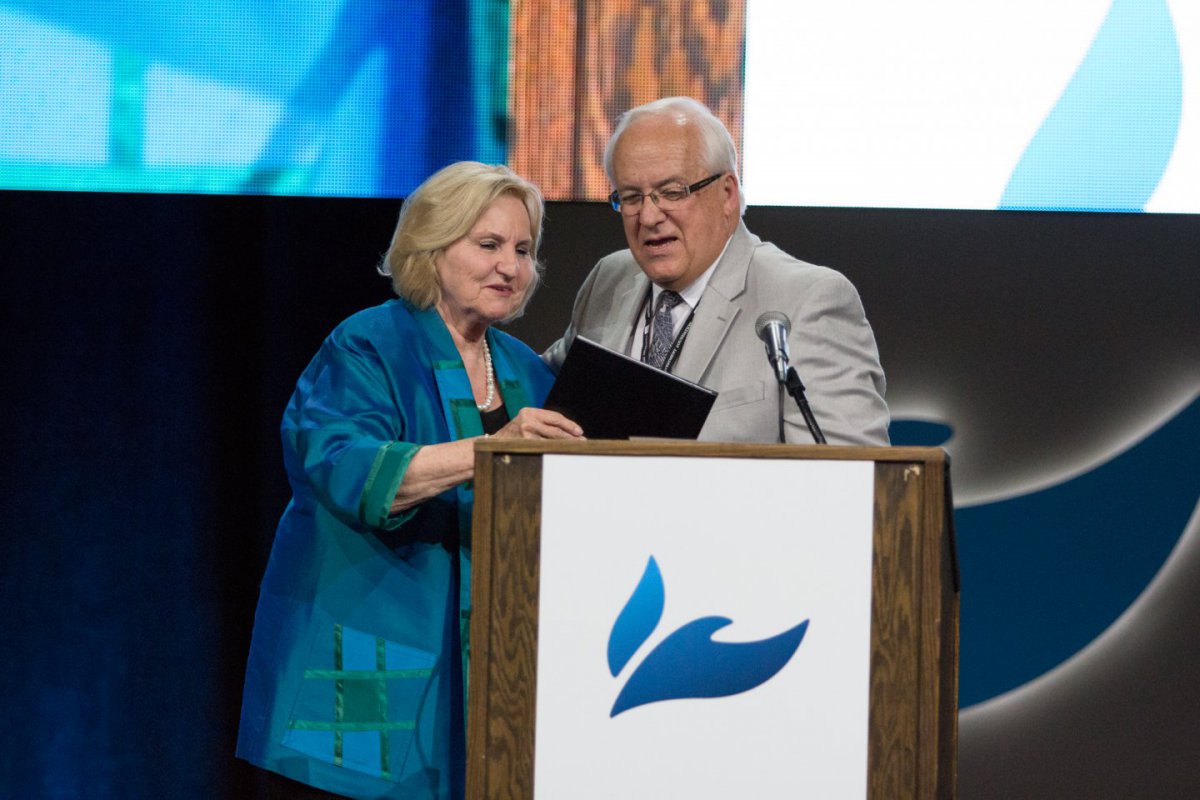 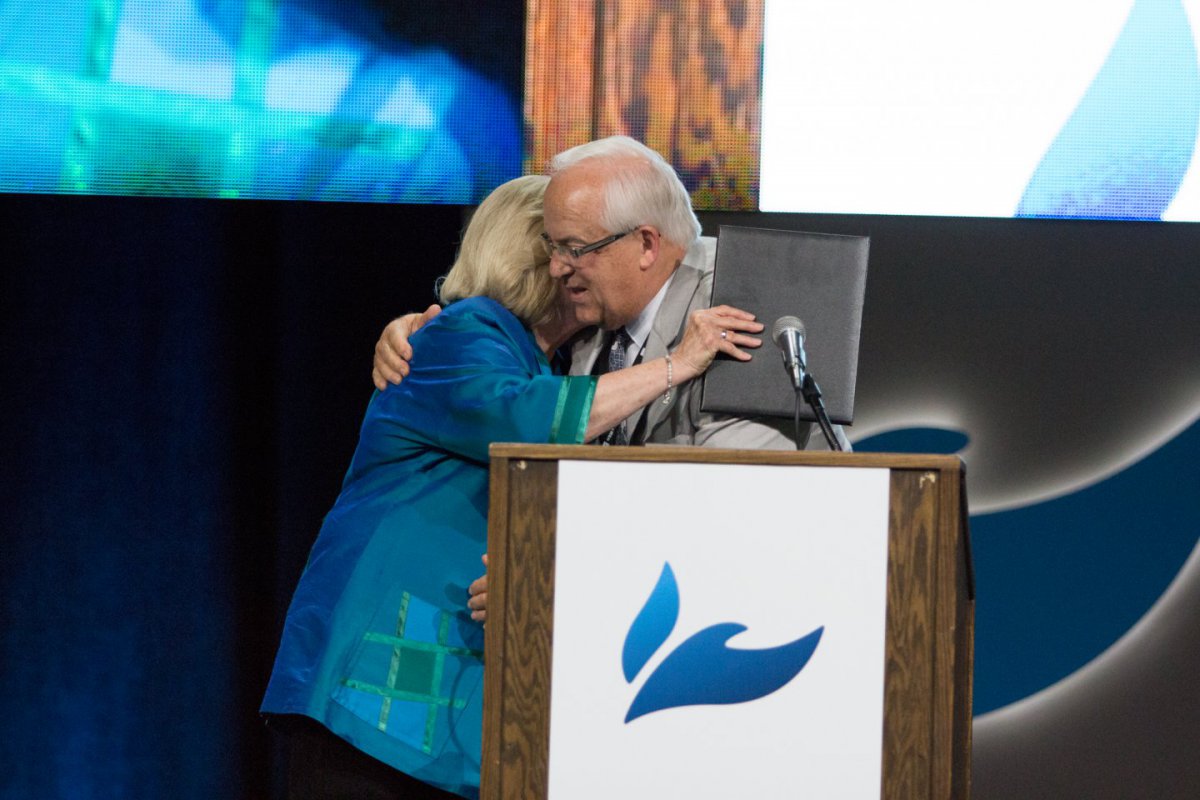 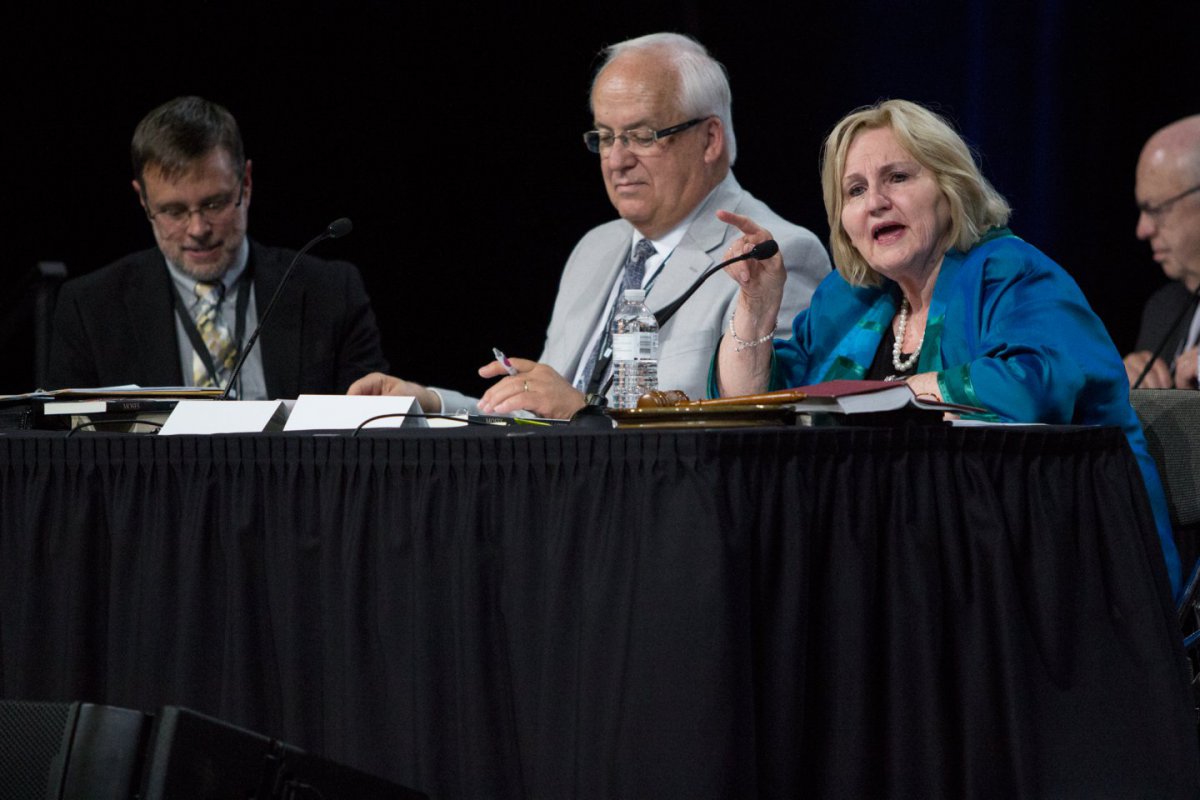 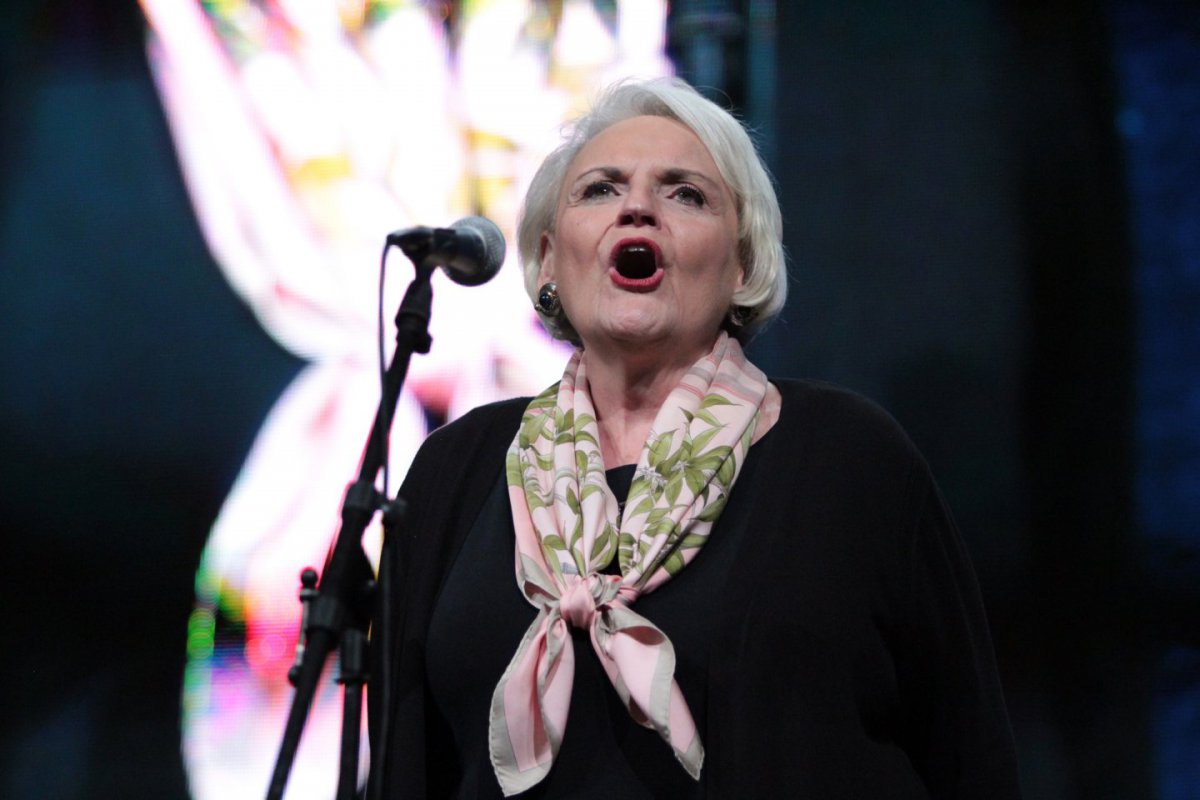