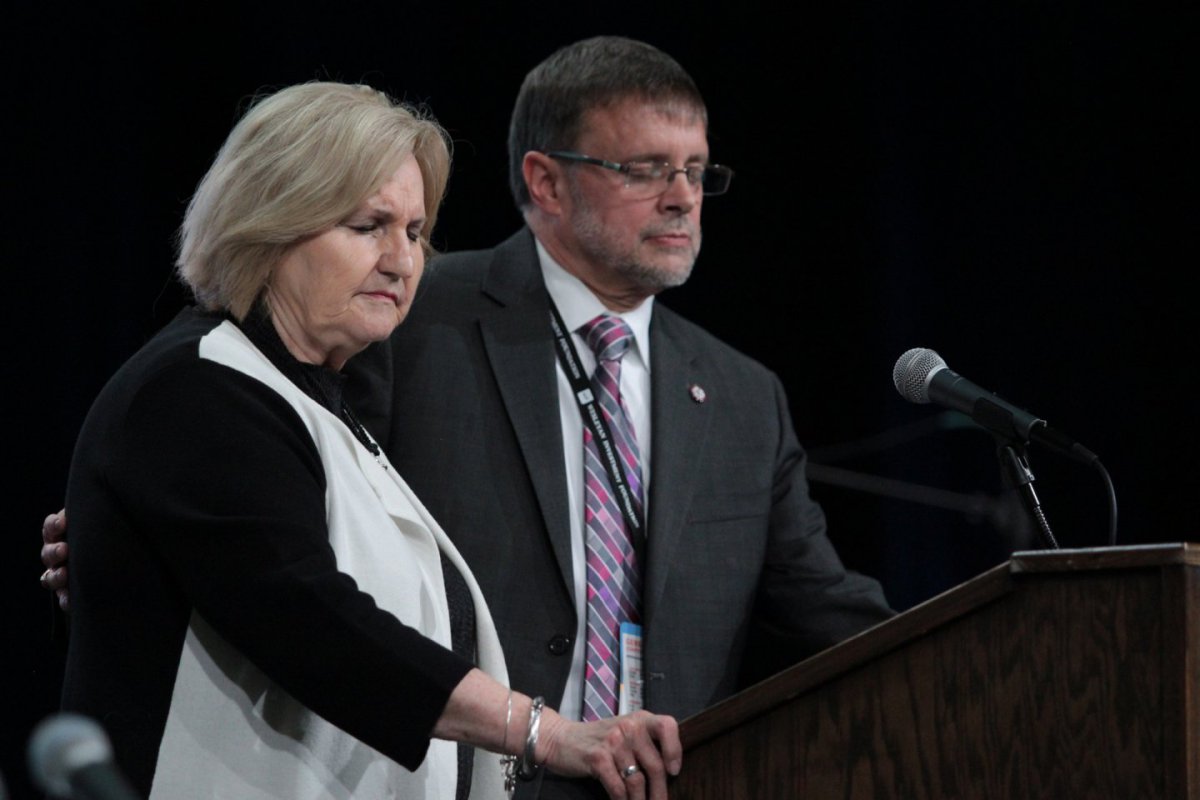 It has been announced by President Dr. David Wright of Indiana Wesleyan University that outgoing Wesleyan Church General Superintendent Dr. Jo Anne Lyon will serve as interim vice-president for Wesley Seminary for one year. As President Wright was informing the seminary and IWU community, the same announcement was being made from the platform of the 2016 General Conference.

It had previously been announced by General Superintendent Dr. Wayne Schmidt that Dr. Lyon would serve in a new position as Ambassador for The Wesleyan Church. She has agreed to serve at the helm of the seminary for a year as part of her new Ambassador role. The one-year term is designed to give time to the seminary to complete a national search for the next seminary vice-president.

According to IWU President Wright, the seminary is blessed with a highly capable dean in Dr. David Smith. He and the dedicated faculty and staff will carry on day to day operations.

As General Superintendent, Dr. Lyon possesses a thorough understanding of the needs of the Church and the importance of pastoral education and leadership. She has also developed an international network of colleagues and partnerships through her service on numerous boards and through strategic leadership opportunities. President Wright urges prayer for Dr. Lyon and the Wesley Seminary team as they continue to serve the church and the kingdom.