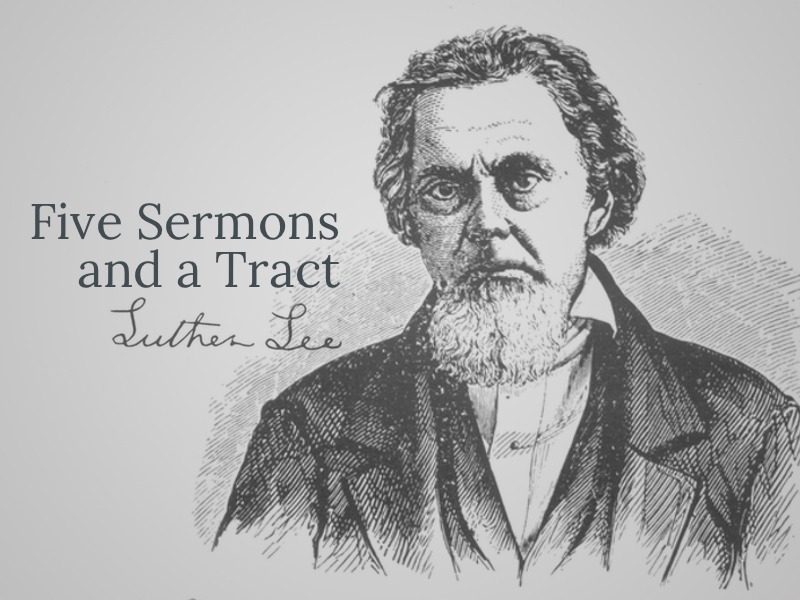 Five Sermons and a Tract 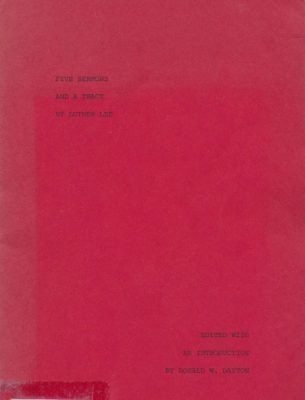 This book is a compilation of six pamphlets written by Luther Lee, one of the founders of the Wesleyan Methodist Connection of America. Lee, along with Orange Scott, was forced to leave the Methodist Episcopal Church over his anti-slavery views. Lee was a pastor, theologian, and activist. Each of the five sermons speaks to the rich heritage of social reform within the Wesleyan movement that confronted issues such as slavery, women’s rights, and temperance.

This excerpt is an expression of Lee’s antipathy towards slavery. Abolitionists, therefore, hold American Slavery to be wrong, a legalized system of injustice, and a sin. They also hold that Slavery is a political evil of unspeakable magnitude, and one which, if not removed, will speedily work the downfall of our free institutions, both civil and religious.

Based on his understanding of Gal. 3:28 (There is neither male nor female; for ye are all one in Christ Jesus), Lee preached the following:

“Woman’s Right to Preach the Gospel: a sermon preached at the ordination of the Rev. Miss Antoinette L. Brown”, 1853, p.81