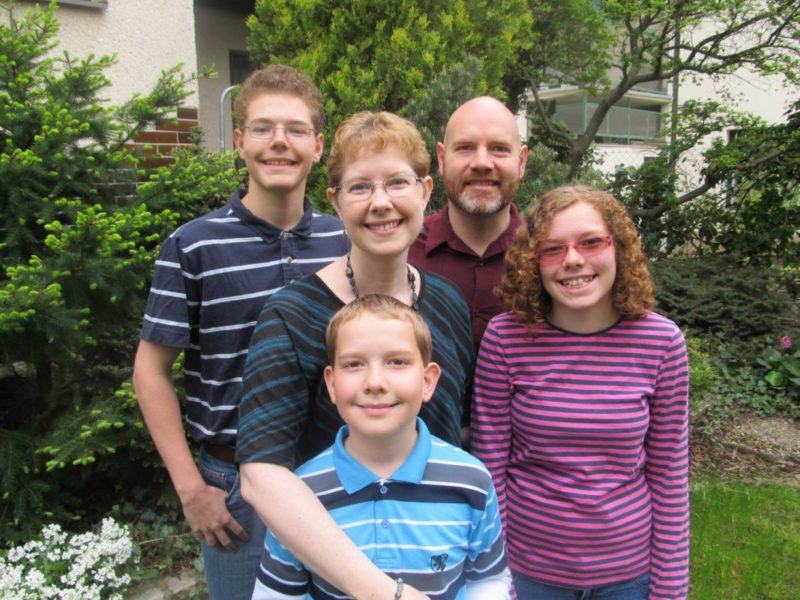 Forever ALIVE in him

Light shines from Crystal Blake's eyes and joy permeates her smile. If you looked at her, you'd think all was well. But Crystal knows about pain and struggle, probably better than most people.

In November 2014, Crystal Blake became incredibly ill. Doctors became concerned about how her liver was functioning. She was afraid she would have to cancel her April 2015 trip to Nashville, Tenn., where she was scheduled to speak at a women’s conference.

But just like that, God worked in her body as the result of much prayer, and Crystal was well enough to travel to the U.S. for ALIVE. A Wesleyan Women’s Movement conference, Crystal was invited to be a Life Track (similar to a breakout session) speaker and tell her story with the theme, “When your pain is great, but God is greater: finding thankfulness in the midst of life’s struggles.” The theme idea came to Crystal one day in early 2015 when a migraine (as a result of taking medication to increase her white cell count) caused her to be so sick in bed that all she could do was pray the name of Jesus over and over again.

Crystal knows about pain and struggle, probably better than most people.

Light shines from her eyes and radiance and joy permeate her smile. And if you looked at her, you’d think all was well. After all, her family of five serves happily as Global Partners missionaries in the Czech Republic. Ministry is happening all around them in the historically atheistic European country, and Crystal wouldn’t ask for anything more.

Except emphatically that the cancer present in her body would disappear. For almost six years, Crystal has been battling the dread disease, which first appeared as stage 3A breast cancer in November 2009. Over the next 18 months, she went through six months of chemotherapy, a double mastectomy, five weeks of radiation, breast reconstruction, and then she was considered cancer-free.

“I remember praising God for healing me and keeping me close to him during that time,” said Crystal.” I remember thinking that I could go on with normal life again.”

And that’s what the Blakes did. They traveled to the United States in 2011 to visit churches and family. Many women approached Crystal, sharing their own stories. She marveled at how God used cancer in her life to share more about his goodness with others. But deep inside, Crystal wondered if God had more trials in store and if the cancer has truly disappeared for good.

In 2012, the Blakes returned to Brno, Czech Republic. Home for just five weeks, a pain appeared in Crystal’s hip. Within five days’ time, that slight pain turned into needing assistance to walk. A PET scan revealed that the breast cancer had metastasized in her hip, automatically becoming stage 4. Miraculously, God healed Crystal’s hip of cancer, but she continued chemo and radiation.

Fast forward to spring 2013, when the cancer returned. This time in Crystal’s liver. Tears returned and chemo continued, and Crystal trekked on, still praising God even without understanding his ways. For two years now, the tumors in her liver have grown and shrunk repeatedly.

ALIVE has come and gone and various women have shared with Crystal how her story has shaped them in such a short time.

“Some women are dealing with cancer or are caregivers of cancer patients–or just needed to be reminded that suffering happens and it helps to transform us into the people God wants us to be,” said Crystal.

While attending the conference, God encouraged Crystal, reinforcing to her to believe in her healing. Somewhere along the way she thinks doubt had crept in, not fully believing that God could heal her from the cancer this side of heaven. She is more confident that God is going to answer soon.

Crystal’s story was also placed in the summer 2014 issue of Wesleyan Life magazine, a first-person article illustrating her relationship with Jesus as she’s battled cancer. God has used cancer to teach Crystal numerous truths. One of which is quoted in the article: “God’s best for me is what I am currently going through.” Crystal knows that choosing to believe God is faithful and powerful is key to leaning on his strength when circumstances threaten to discourage or destroy. In those moments especially, Crystal and her husband, Matthew (Matt), have learned to laugh.

“I have recognized often that God shines brightest in our weaknesses,” said Crystal.” I enjoy sharing what God has done through my cancer journey with small groups of women or through writing on my CaringBridge blog.”

Today, Crystal celebrates “clean” CT scans that reveal no visible cancer in her leg or hip. “God healed me of the cancer in my hip bone in June 2012, and although I have pain/trouble from time to time, but still there is no cancer!” said Crystal. Because of this result radiation is not needed.

Crystal has learned the way to experience joy in the midst of struggle, but is still transparent about her inadequacies. And she knows that’s okay, that God is still pleased with her.

“I am still learning to trust God completely,” said Crystal. “I’m thankful that he understands and is helping me to trust.”

Crystal and her husband Matt have served in Czech Republic as missionaries with Global Partners since 2003. They have three children: Josh (14), Abby (13), and Jakob (9).