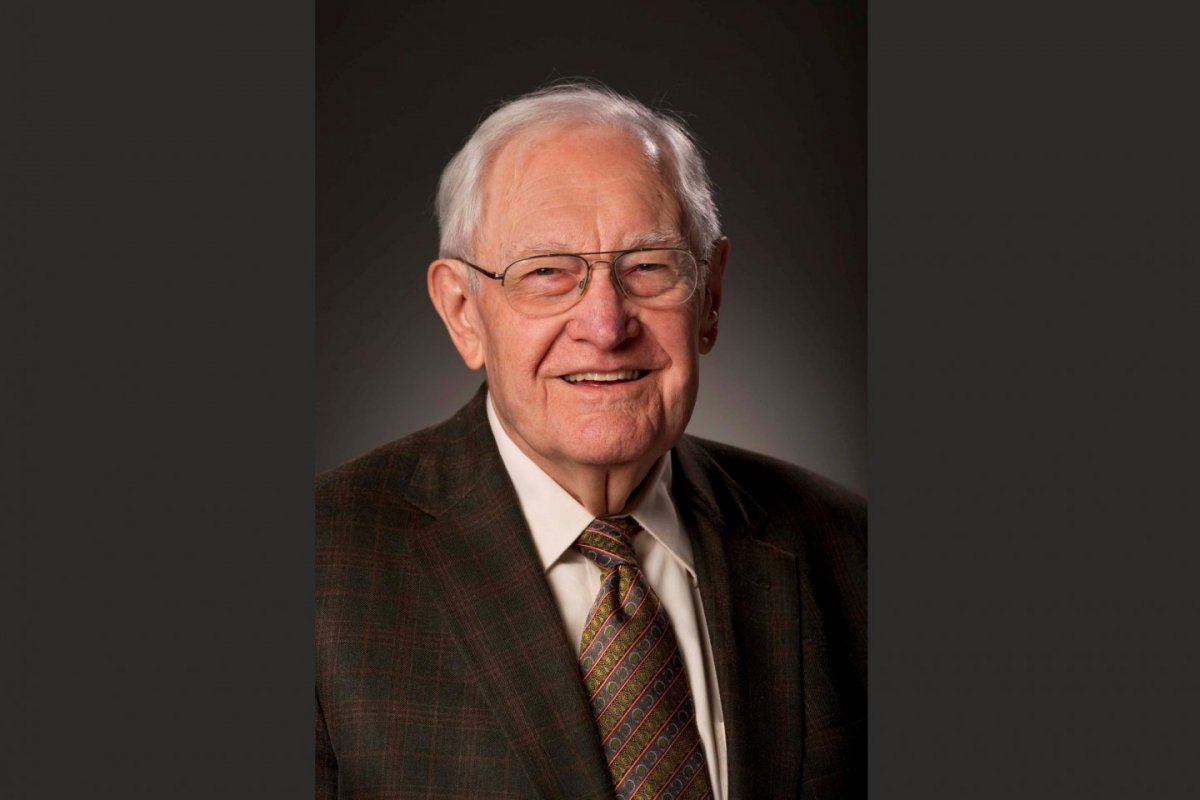 It is with great sadness we announce the passing of Dr. J. Ellsworth Kalas.

Dr. Kalas was 92. After a lifetime of pastoring and evangelism, he came to Asbury Seminary in 1993 with the opening of the Beeson International Center for Biblical Preaching and Church Leadership, where he served as mentor to the Beeson Pastors and as their preaching professor until joining the Seminary preaching faculty in 2000.

In the fall of 2006 Dr. Kalas became interim president of Asbury Seminary, and in 2008 the Board of Trustees voted to change his title to president. Dr. Kalas came to the presidency at a time of turmoil, and his tenure was characterized by healing as well as advancement. It was during his presidency that the relationship between Asbury Seminary and Mr. and Mrs. William Latimer blossomed into deep friendship. The Latimers made substantial gifts to the Seminary, beginning with scholarships and leading to the building of two single student residences and 150 married student apartments on the Wilmore campus. The married student housing complex was named in honor of Ellsworth and Janet Kalas. It was also during Dr. Kalas’ tenure in the presidency that the Seminary’s new mission statement was adopted.

Dr. Kalas was among the five living Asbury Seminary presidents present at the Seminary’s 90th anniversary celebration in 2013.

A prolific writer, Dr. Kalas had dozens of books published. He recorded the entire Bible on audiotape, and wrote The Grand Sweep Bible study series. He was also the author of Christian Believer, an intensive study of Christian doctrine produced for interdenominational use. Among his most popular writings were his “back side” series, looking at various themes, such as parables, Christmas, the Beatitudes, and the Ten Commandments, from a different perspective.

Asbury Seminary President Timothy Tennent remarked, “A true giant of the faith has passed into the presence of the Lord! He faithfully taught thousands of our students to preach, and he shepherded Asbury through a difficult season in its history. Only eternity will tell the full story of his faithfulness. He regularly reminded me of his prayers for me and his love for the ministry of Asbury. On behalf of the entire Asbury Seminary community and over 10,000 alumni, he will be greatly missed.”

Dr. Kalas is survived by his wife, Janet, four children, and nine grandchildren.

Services for Dr. Kalas will be Friday, November 20, at 2pm in Estes Chapel. A reception will follow in Cordelia A & B in the Sherman Thomas Student Center. For those unable to attend the service we will have a live stream feed on the asburyseminary.edu homepage.