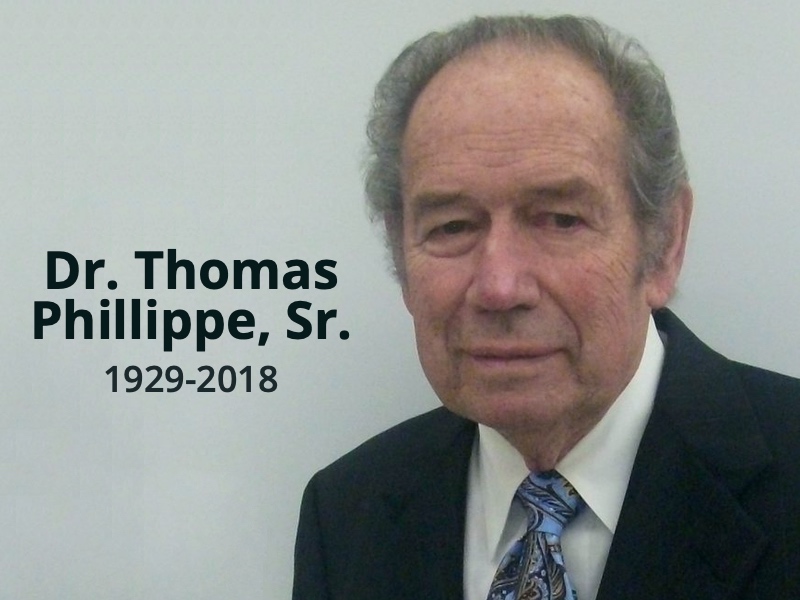 Former General Secretary of Extension and Evangelism passes away

Phillippe also served the church as a pastor, general evangelist and philanthropist.

Dr. Thomas E. Phillippe, 89, former General Secretary of Extension and Evangelism for The Wesleyan Church, died on December 22, 2018, in San Antonio, Texas. He was preceded in death by his wife, Dr. Joan Phillippe, in March 2017.

Dr. Phillippe was elected General Secretary of Extension and Evangelism by the 1984 General Conference. He served until 1988. He also served the church as a pastor, general evangelist and philanthropist. In the latter role, along with his wife, he was a generous steward of resources for all five Wesleyan colleges and universities, Global Partners, World Hope International and many other charities.

He was a graduate of Marion College (now Indiana Wesleyan University) with a major in religion and theology. He received an honorary doctorate from Indiana Wesleyan and founded Nationwide Care, Inc.