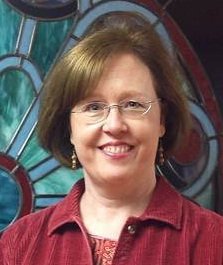 Former Wesleyan missionary to Russia to be SWU baccalaureate speaker

A former missionary to Russia will deliver the sermon at Southern Wesleyan University's baccalaureate service on May 9.

The baccalaureate sermon at Southern Wesleyan University in Central, S.C., will be delivered by Rev. Tamara Flinchum. A former career missionary with Global Partners in Russia from 1996 to 2002, she was later called to healthcare chaplaincy as she sat beside the bed of her dying father. Earning a M.Div. from Candler School of Theology at Emory University, she was ordained by the South Carolina District of The Wesleyan Church in 2008. She completed her chaplain residency at AnMed Health in Anderson, and was board certified by the Association of Professional Chaplains in 2010. Rev. Flinchum has been ministering in the department of Spiritual Care at AnMed Health for the past four years.

The daughter of Rev. and Mrs. Bill Flinchum, Tamara grew up in parsonages in the North Carolina West District of The Wesleyan Church. She graduated from Southern Wesleyan with a BA in English education and taught at the university after graduating with a MA in English from Ball State University. Her teaching career continued as an English instructor at Clemson University and at Christian Evangelical Wesleyan College in Vladimir, Russia. She was also one of the early CoMission missionaries to Russia, offering Christian education and discipleship training in schools and to Russian teachers at the invitation of Russian educators.

The Baccalaureate Chapel at Southern Wesleyan University will take place on May 9 at 10 a.m. in the Newton Hobson Chapel and Fine Arts Center on the main campus of the university in Central.