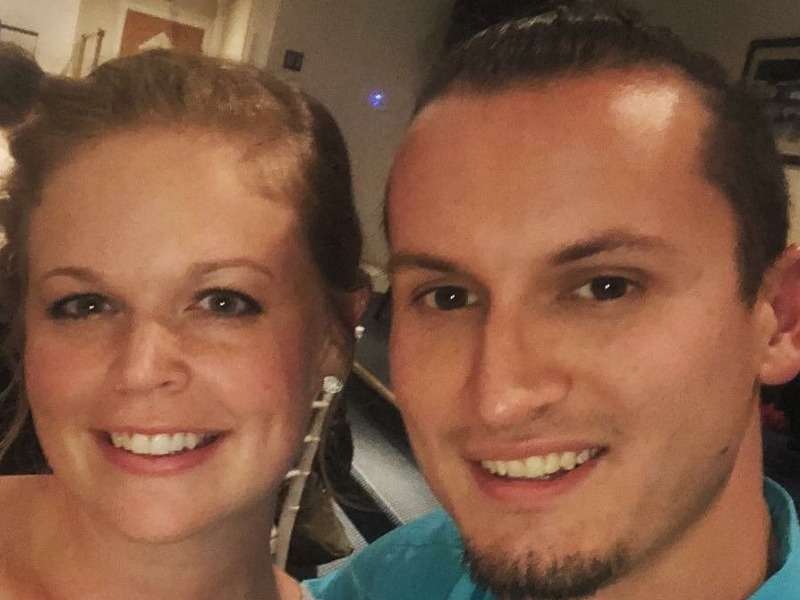 As he paced the floor during a worship session, Nick sensed God telling him that it was time to forgive his dad.

Rev. Nick Oliver attended his first Fuel, an event for Next Generations Ministries leaders, pastors and volunteers, in 2017. The worship, encouragement and networking at this event was key for Oliver, Next Generations pastor at LifePoint Church in Waldorf, Maryland.

The following year, he arranged for the key Next Gen volunteers at his church to attend.

“I thought I was doing my team a favor by taking them,” said Oliver. But God had more in store for Oliver at the January 2018 Fuel, held in Indianapolis, Indiana.

On the last day of the weekend event, a heaviness settled into Oliver’s spirit. No matter what he did to shake it, the restlessness persisted. As he paced the floor during a worship session, he sensed God telling him that it was time to forgive his dad — that “I could no longer let my dad determine or define who I was.”

Oliver’s childhood consisted of abuse, abandonment, alcoholism and absence. Both parents were guilty of either abuse or abandonment. Oliver’s relationship with his mom had been restored, when both placed their faith in Christ within two years of each other. But the bitterness toward his dad still resided in Oliver’s heart.

Until that day at Fuel. Oliver fought God mercilessly on forgiving his father. Then Oliver began to weep, remaining seated after the main session ended. He told God that “if he wanted me to [forgive my dad], he’d have to do it for me.”

The weight lifted immediately, but the forgiveness process was just beginning. A couple months went by and Oliver’s parents attended a service at LifePoint, because their son was preaching that day.

After the service, Oliver’s dad approached him.

“They’ve been talking about Jesus in my treatment program, and I didn’t know what that meant — until I heard you talk about him today,” said his dad. “I placed my faith in Christ today.”

Not knowing how to respond, Oliver affirmed his dad but then stepped away and began to weep.

Oliver is still trying to figure out what having a relationship with his dad looks like. It’s been tough to deeply engage at times, but the duo is trying to build a relationship, one small step at a time. One way they are connecting is by discussing their Jewish heritage. Oliver’s paternal grandfather left Austria in 1920 and emigrated to the United States.

“There’s a lot I want to ask my dad,” said Oliver. “In doing so, I have to look past my feelings and how he was raised in a non-emotional home.

“It’s not been rosy,” Oliver said but admits they are making strides.

God continues to show Oliver that there’s more to be healed between him and his dad. Even if the process is painful and slow, Oliver knows God is calling him to fully restore the father-son relationship.

Forgiveness was the first step to spiritual healing. Oliver is grateful for the environment created at Fuel that allowed him to hear from God.

If you are a Next Gen leader, pastor or volunteer, you are invited to attend Fuel 2019 in Cincinnati, Ohio. Registration is open.