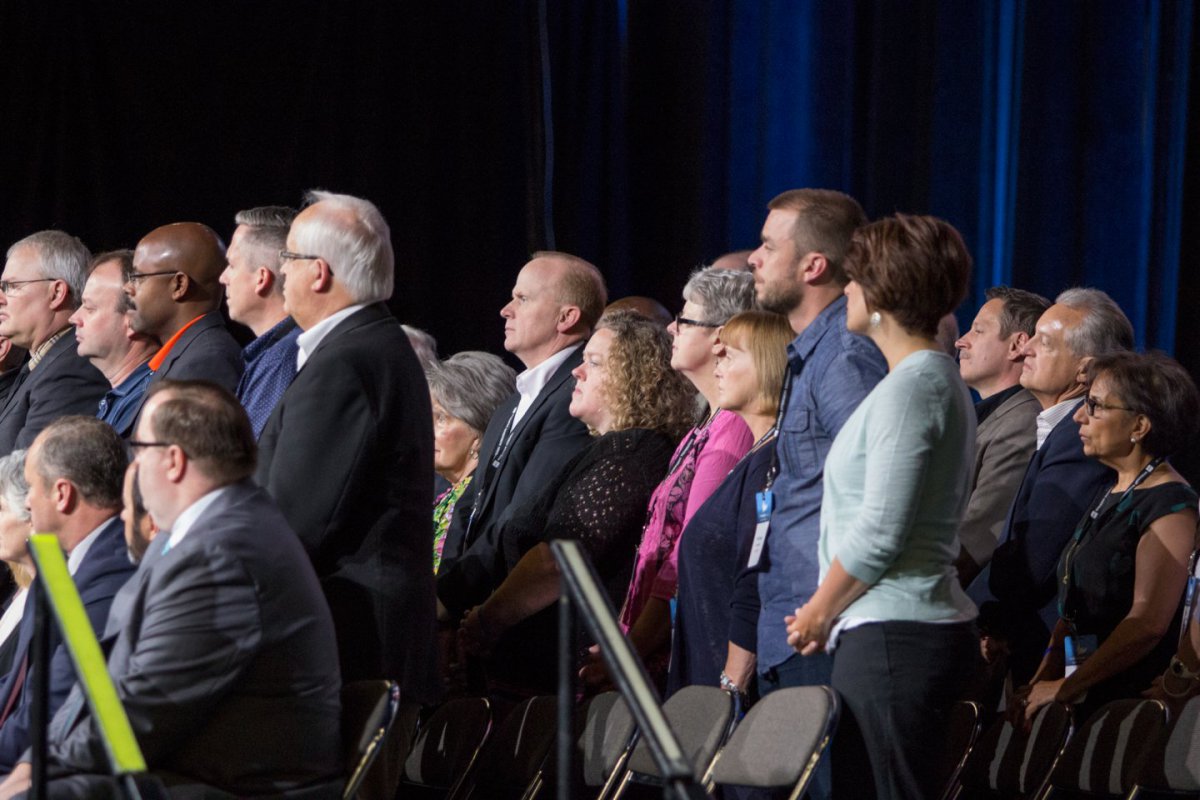 ​General Board: changing of the guard

Wednesday morning Dr. Jo Anne Lyon recognized those who have faithfully served on the General Board for a number of years, including Charles Joiner, who has served for 44 years.

Wednesday morning Dr. Jo Anne Lyon recognized those who have faithfully served on the General Board for a number of years. It is possible that there has never been a time when so many General Board members with long years of service have chosen not to be re-elected. Great appreciation was expressed for the enormous commitment, sacrifice, and wisdom represented in the service of this group. The General Board continues to have a good number of returning members with long years of service, but it also has more youth and greater ethnic and gender diversity than ever before.

Charles Joiner (44 years, continuously serving since 1972, a mark unlikely to ever be eclipsed); Dr. Charles Joiner was given a Lifetime Achievement Award by The Wesleyan Church in 2012.

Also named and thanked were other individuals who have served four or eight years who are rotating off the board.