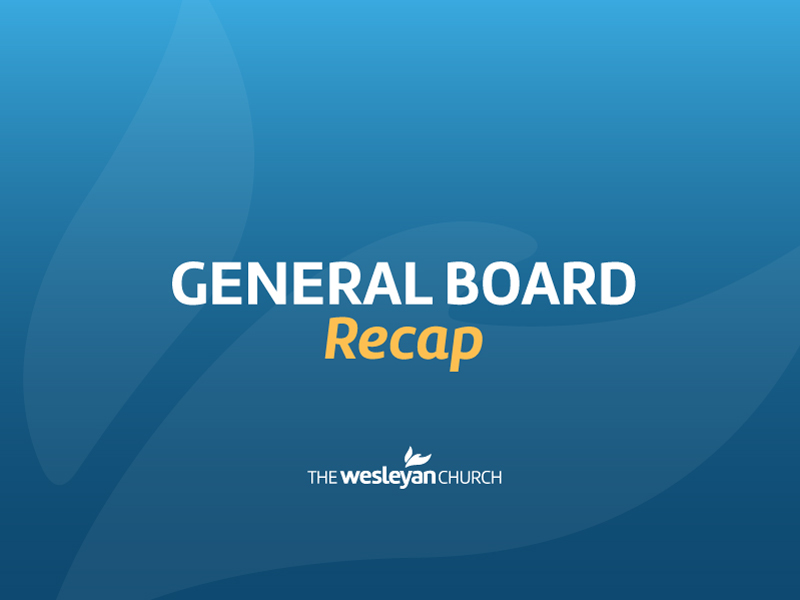 General Board prepares for General Conference 2022 in 143rd session.

The Wesleyan Church General Board met November 16 and 17, 2021, for its 143rd session. Joining the meeting as guests were 20 district superintendents who provided input on 62 memorials to help inform subsequent memorials voting by the General Board.

Attending for the first time was Emily Last, newly elected lay representative for the Northeastern Area. Last, a member of the Central Canada District, is a graduate of Houghton College, an educator and a pastor’s spouse.

Prior to the 143rd session, optional Zoom meetings were available to General Board members and district superintendents addressing each of the following memorial subjects: United Stewardship Fund (USF), Governance Simplification, Gifts of the Spirit and Credentialing.

The General Board recommended United Stewardship Fund and Governance Simplification to the General Conference, scheduled for May 22-25, 2022, in St. Louis, Missouri. Action on Gifts of the Spirit was tabled until the March 2022 General Board session. Credentialing was not recommended.

Schmidt, during his General Superintendent report, officially declared his willingness to serve God and The Wesleyan Church for another term, if elected. Schmidt shared his belief that the “current realities and the possibilities of these next four years call for ‘continuity … with the courageous pursuit of our mission’ which God has entrusted to us.”

He celebrated movement toward being a Kingdom Force of witnesses — multigenerational, multiethnic, multieconomic, women and men, lay and clergy, everywhere to everywhere. Schmidt referenced data supplied by this past year’s Local Church Statistical Reports, one-third of Wesleyan churches are multiethnic and that 21% of credentialed clergy are women.

The General Board was asked to join him in “… discerning and deciding what is best for the church we love.”