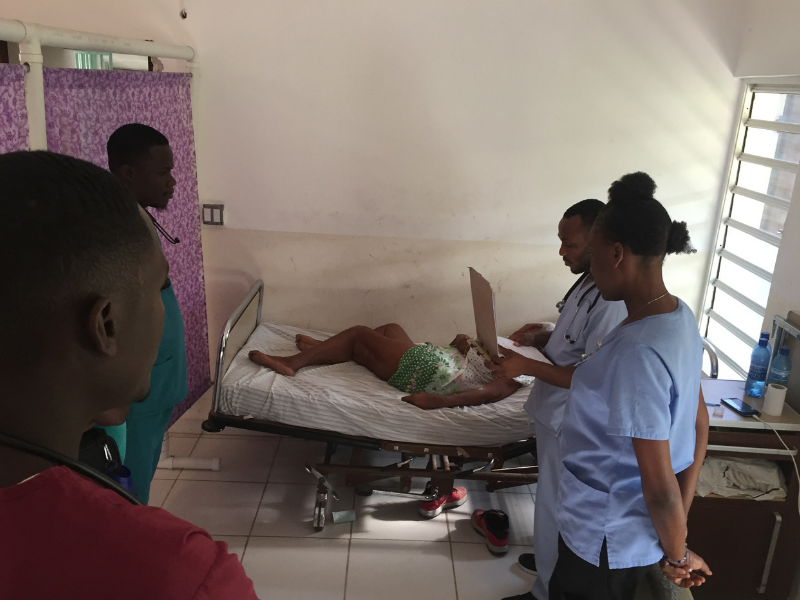 Global Partners missionaries are returning to the country they love after a sudden evacuation in February.

“I received nothing short of a royal welcome back from all I have met.”

“I would say that people on La Gonave were very excited to see us back … most of the excitement was simply because we are friends and we are committed to helping with compassion.”

Now, the team is beginning to return to Haiti, a process that began April 16.

“Each missionary has anxiously awaited the day when they could return to the ministries that God has called them to in Haiti,” said Greg Edmonds, Global Partners missionary and Haiti mission director. Part of the team has already returned, and others will return in the next few weeks.

Haiti has been relatively calm since February, but the issues that caused the riots and protests have not been resolved.

“There are a lot of good people in Haiti who love their country who are tired of corruption, injustice and lack of opportunities,” said Edmonds. “The biggest cause of concern at this time is the rising gang violence in various departments on the mainland since the United Nations pulled out their peacekeeping force just over a year ago.”

“People are not encouraged by the state of the mainland and government,” said Vermaire. “Though things are very calm here on La Gonave, everyone knows that things are unstable in and around Port-au-Prince with no end currently in sight.”

Please continue to pray for Haiti, Global Partners missionaries on the ground and Haitian employees of the mission. All short-term mission teams have been cancelled through the end of May and the mission will likely extend this until the United States travel advisory (determined by the U.S. State Department) falls below level four. The Haitian staff of the Wesleyan Mission depend on the funds generated by short-term mission teams to pay their salaries. Please continue to pray for Haitians affected by these unknown days.