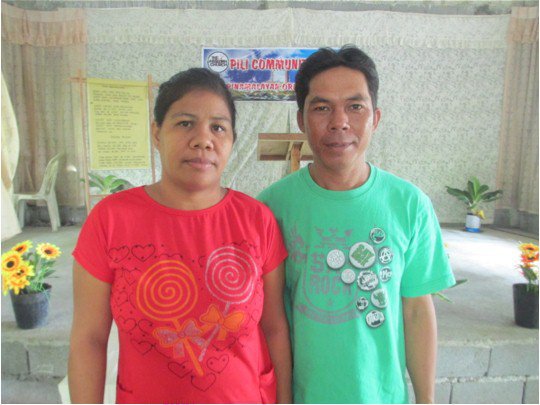 The JESUS film partnership ministry started 2014 with 37 teams and finished the year with 44 teams. Teams were added in Cuba, Myanmar (2), Northeast India, Suriname, Indonesia, and Uganda. As a result, the numbers of new churches planted in 2014 were an all-time record. But the results of sharing the gospel is most clearly seen in each individual story.

“My name is Jomar from Oriental Mindoro, Philippines (pictured above). I praise God for the ministry of the JESUS film that came to our community. I am ashamed to admit that I lived an adulterous life for three years. I cheated on my wife and abandoned her and my seven children. I thought I had ruined my life and family. But I praise God that he never abandoned me but rather gave me a new beginning through Jesus, his Son. As I joined the crowd watching the film, I was convicted and learned that Jesus came to seek sinners like me. Pastor Berganio prayed with me as I repented of my sins and asked forgiveness. I then went to my wife and asked for her forgiveness. My joy was made complete when she forgave me and gave me another chance to be back home again. I am now faithfully serving the Lord with my wife and seven children.”

“My husband is a Muslim. I became a Muslim by marriage. All these years I have being practicing Islam, the only religion I knew. While the JESUS film was being shown, my husband and I were watching from a distance. My husband was not paying keen attention to the film. I became particularly interested when I saw both men and women following and listening to the teaching of this man who I later learned was Jesus. I was moved by his love for women and the miracles he performed. When I realized that my husband was not around, I went quietly and joined the crowd. When an altar call was made, I came out and gave my life to Jesus. I am not sure what my husband will do about it, but I want to follow Jesus. Please help me find a way to do so. If you can pray for my husband I will be happy.”