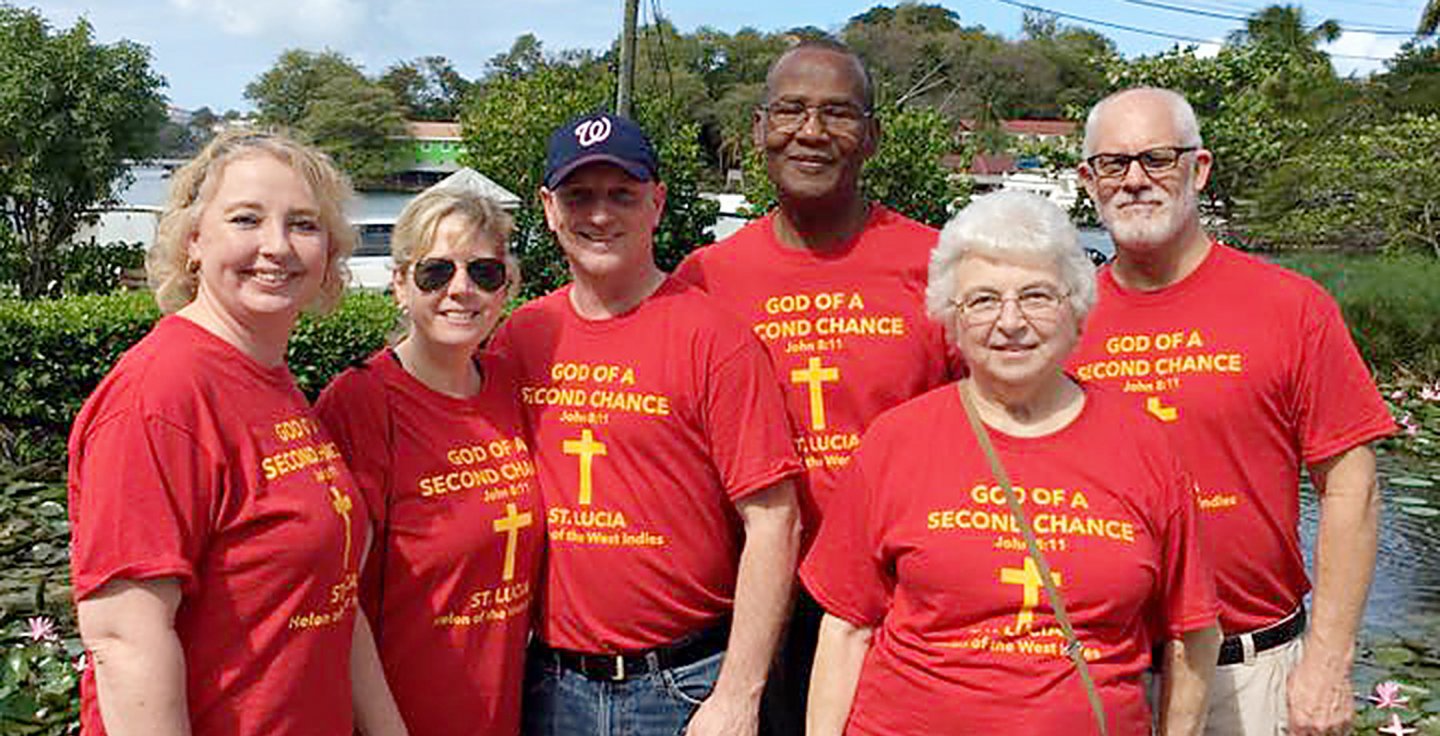 A team that included representatives of the South Carolina and South Coastal districts of The Wesleyan Church went on a “fishing trip” in Castries, St. Lucia, February 22-29.

But this wasn’t an ordinary fishing trip–this was a trip with the goal of introducing people of St. Lucia to a personal relationship with Jesus, through preaching, teaching, and evangelism.

The team was composed of Rev. Joy Bryant, SWU executive director for alumni and constituent relations and a 1992 SWU alumna; Rev. Tim Jones, pastor of United Wesleyan Church in Easley; Jennifer Michel Jones of Washington, D.C.; Pat Pope, a 1960 SWU alumna from Conyers, Ga.; and Woody Cook, director of missions for the South Coastal District of The Wesleyan Church. Joining them was Rev. Bernard Scarlett, district superintendent of Jamaican Wesleyan churches and outreach and evangelism director for the Caribbean.

St. Lucia, located in the southern Caribbean, is a small island of contrasts, a land of tall volcanoes and beautiful coral reefs, and a land of the very rich and the very poor, as evidenced by luxurious resorts, but also humble fishing villages. Unemployment rates in St. Lucia average about 20 percent, compared to six percent in the U.S.

Although the people are financially poor, they don’t go hungry and have an abundance of food for themselves and to share generously with the team. Growing everywhere are coconuts, bananas, plantains, and almonds. In the fishing village of Castries, there’s plenty of grouper, snapper, and mahi mahi for sale in the local market.

About 70 percent of St. Lucia’s population is Roman Catholic. There are also three young, growing Wesleyan churches in St. Lucia.

Rev. Sherwin Griffith, a pastor in Castries, invited the team to come alongside the locals and to host a crusade so that they could reach into the community.

Jennifer Michels Jones learned a lot by watching Rev. Scarlett as he engaged people in conversation.

“When he started asking strangers, ‘Hey, do you know my friend?’ it was a beautiful thing to watch him hook that fish and reel in with, ‘His name is Jesus–do you know him?'”, Jennifer said.

Pope, who has gone on many mission trips, was moved by the openness of the people of St. Lucia to the gospel. According to Bryant, many of the people they encountered have a knowledge of God but not a personal relationship with Christ.

Bryant led Alden, a young security officer at the port, to accept Christ as his personal Savior.

“He became very emotional. He expressed being tired here on earth and if Jesus would come back he would want to go, but he knew he wasn’t ready,” Bryant said. Before they left, Alden was reading the Bible they had given him and had downloaded some Christian music.

The team also traveled to a mountain village to seek an area to build a church. What they encountered there were the most hospitable, welcoming people who would embrace them and welcome them into their homes.

Each day they held evangelistic services at Castries Wesleyan Holiness Church. The small church building was filled each day with more than a hundred people, young and old, crowding into the aisles of the little structure that had no air-conditioning.

“The biggest takeaway for me was how prepared this church was to hear from God; It was obvious they were ready to grow,” said Tim Jones, who spoke in four of the services.

“What impresses me the most is how quickly the cultural barriers were broken down to the effective proclamation of the gospel to the salvation of many souls,” said Scarlett.

Pictured from left are Joy Bryant, Jennifer Michels Jones of Washington, D.C.; Tim Jones, pastor of United Wesleyan Church in Easley; Bernard Scarlett, district superintendent of Jamaican Wesleyan churches and outreach and evangelism director for the Caribbean; Pat Pope, a SWU alumna from Conyers, Ga.; and Woody Cook, director of missions for the South Coastal District of The Wesleyan Church. 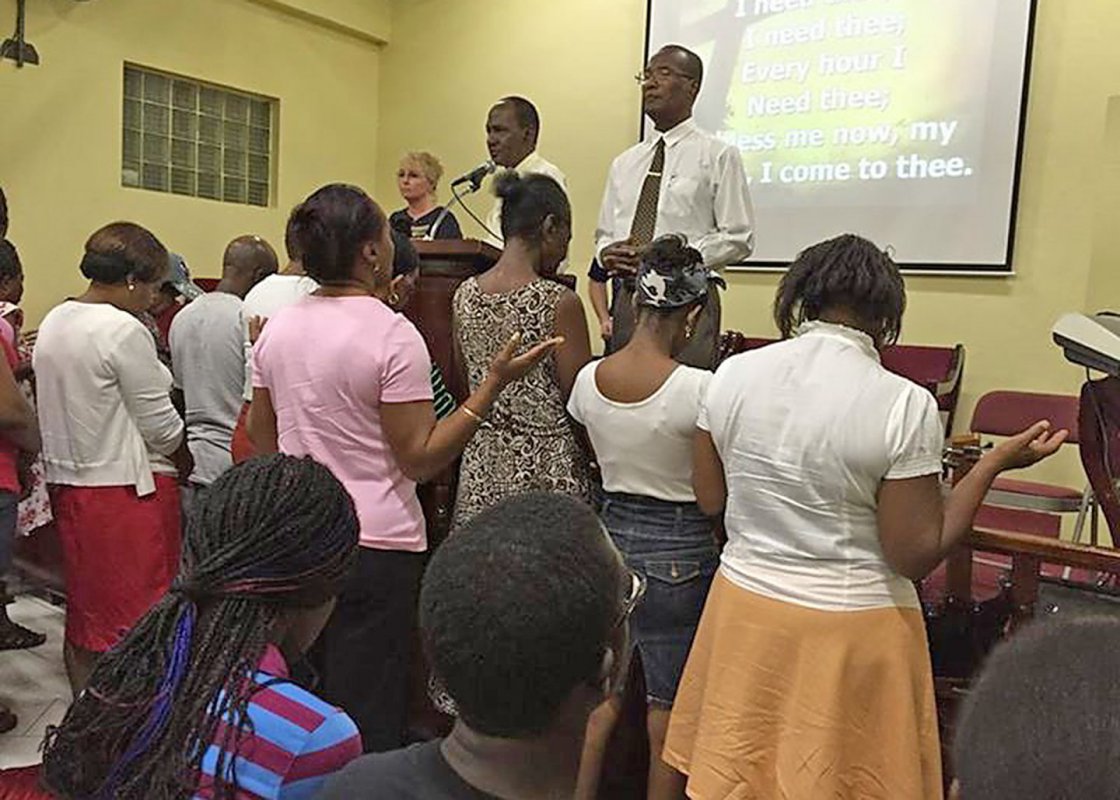