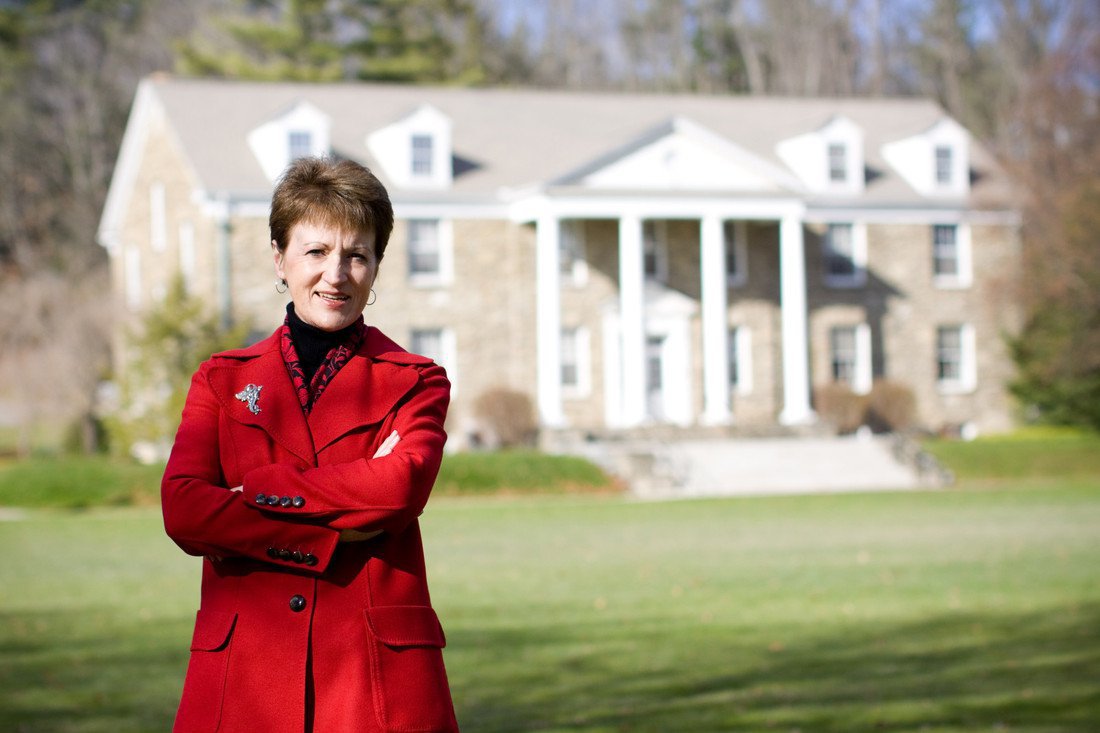 Recently, I nearly missed an important opportunity to be grateful. Over the July 4th weekend, I spoke at Camp Cedarbrook in the Adirondacks as part of their 50th anniversary celebration. I had worked at the camp from 1976 to 1980 when it was known as Camp Cherith but stopped going when graduate school began to take up my summers. I had not been back in nearly 35 years, and I was actually rather surprised to be invited to participate in the celebration. In fact, I did not get the first invitation that was sent. Fortunately, they made a follow-up call, and I agreed to come. I thought it would be a good chance to show my husband, Paul, part of my history, perhaps see some old friends, and possibly make some contacts for future Houghton students.

It turned out to be a much more important time than I had anticipated. The very process of preparing for the visit brought back memories that had lain dormant for decades. I remembered arriving at the camp in 1976 as a recent college graduate. My sister had talked me into spending a few weeks there prior to starting graduate school. I was an introvert and painfully shy. I had none of the activity skills the other staff seemed to have. I didn’t have a lifesaving qualification or canoeing certification. I had no idea how to start a campfire—let alone using only the expected two matches. I could not play guitar or sing. I felt quite out of my element. Yes, I did have a college degree, but I realized that summer that I had clung too closely to the parts of college that were comfortable for me—exams, papers, and the library. The camp gave me a chance to branch out. They needed someone to go to riflery school to run the range. Having no other obvious talents, I volunteered. (It turned out that I was rather a good shot. That summer experience as an official NRA riflery instructor has provided me with that “little known fact” one is asked for in get-acquainted mixers!)

That was the least consequential of the many gifts camp brought to my life. I learned to canoe. I helped lead trips in the Adirondack Lake District. I earned my lifesaving credential. Eventually, in later summers, they asked me to lead the spiritual life program and coordinate the activity program. Working at the camp gave me the opportunity to take risks—to learn to do things that I had never attempted. Most of all, it helped me be comfortable working with people. It was the experiences at camp that prepared me for my first “real job” as a resident director and gave me the confidence to know I could survive when I stepped outside my proverbial comfort zone.

By the time I journeyed back to camp earlier this month, I knew I owed a deep debt of gratitude that I had never properly acknowledged—let alone attempted to pay. I arrived early. The grounds were more familiar than I had expected. Yes, there were a few changes to buildings here and there. The beach was fancier than I remembered. But, basically, the layout was the same. I walked around by myself for a few minutes. As I passed by various places, conversations and people came alive once again. Finally, I headed to the dining hall. I had hardly stepped into the dining room when I met several staffers I had not seen for three decades. I was welcomed as if I had never left!

The day passed quickly, filled with anniversary celebration activities and punctuated with conversations with friends old and new. Paul fit right in as if he had always known about the place. I also realized in the course of the day how important the camp’s Houghton College connection has been through the years. Houghton alumni going back to the 1950s had served at the camp and wanted to catch up on Houghton, and several current students are working there this summer. They were surprised to know that Camp Cedarbrook was part of my story and wanted a “Houghton” picture of all the current and former staffers with connections to the college. I also had several opportunities to talk up Houghton to visiting parents and high school campers.

I drove away late in the evening filled with deep gratitude for a gift that I had long forgotten and humbled by the opportunity to begin “returning thanks.” I left wondering how many other debts of gratitude I had left unpaid over the years. I also had an even deeper appreciation of how gratitude nourishes not only the receiver but also the giver. It is a complex virtue.

We sometimes think of “gratitude” as something people just automatically have. After all, even children can master the habit of saying “thanks” and “please” if they are coached enough. But cultivating a heart of gratitude as an adult is quite a different matter. In a culture shaped by entitlement, “gratitude” is a counter-cultural virtue. In a culture that calls attention to what we have “earned,” the gospel reminds us that we have nothing that we have not received from somewhere. In a culture that highlights what we do not yet have or what we are in danger of losing, the gospel reminds us that we have “enough.” We are debtors from start to finish—to parents, siblings, professors, friends, pastors, colleagues, and, ultimately, God himself. We have more than we need to do the work to which God has called us in this day.

I don’t know how you will be asked to apply these thoughts today. At the very least, we are all invited, in a season when our society’s economics is focused on scarcity, to find creative and compelling ways to witness to the adequacy of God’s abundant provisions. Perhaps, you too will be reminded of somewhere or someone in the past to whom you have not yet “returned thanks.” If so, I wish for you the satisfaction and sense of completion that I had in my pilgrimage to Camp Cedarbrook on July 4th.

Dr. Shirley A. Mullen is president of Houghton College.