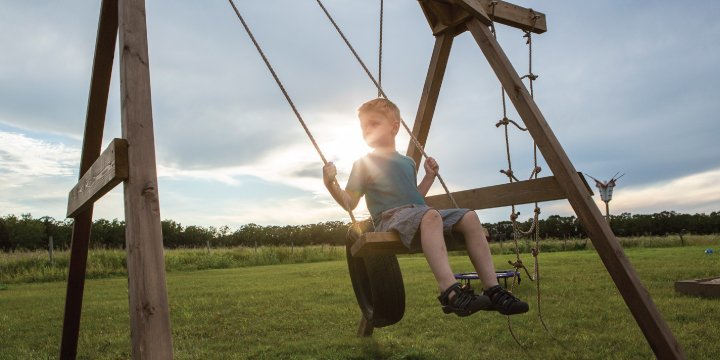 Heaven is for Real: critical Q & A

Q: Doesn’t Jesus seem to disparage testimonies of near-death experiences in his Luke 16:19–31 parable of Lazarus and the rich man, when he describes Abraham’s response to the rich man’s appeal from hell to send warning from beyond the grave? “If they hear not Moses and the prophets, neither will they be persuaded, though one rose from the dead.”

A: No, not really. Jesus isn’t prohibiting discussions regarding the afterlife; he’s focusing on the danger of hardened hearts. In fact, aside from the ironic inference about Jesus’ own future death and resurrection still being insufficient to persuade many willful unbelievers (nevertheless, we should still share the story), Jesus’ main point is to the self-righteous religious who would not respond in faith even to a warning straight from hellfire and brimstone.

Q: Colton describes being able to see his father, as well as the doctors working on him, when he went up out of his body and was looking down, yet Scripture tells us that death takes place when the spirit vacates the body.

A: Neither Todd Burpo’s book nor the movie suggests that Colton died. It would be more accurate to understand that God provided Colton a vision much as he has done on several occasions in Scripture and extra-biblically throughout history. These interactions with God are different from dreams, and yet they are somehow other than the normal human state of consciousness and communication. Scriptures present these occasions as nonetheless real and true, while uniquely personal experiences of direct communication somehow in the minds of their audiences by supernatural beings (sometimes angels, sometimes the Lord). This is not to say God and angels haven’t also engaged humans directly in conscious states by means other than visions; but Scriptures are clear that visions are one occasional method God has used to communicate with people throughout its centuries of God-inspired recorded history.

Consider just a few examples directly from Scripture: God spoke to Israel in a vision (Isa. 1:1; 46:2); he assured the Israelites that he would use visions to also speak to prophets (Num. 12:6; 24:4, 16; the major and minor prophets all invoke visions); Samuel’s first encounter with God was in a childhood vision (1 Sam. 13:1–15); though Zachariah’s encounter with an angel is described as an appearance (Luke 1:11), the appearance is nonetheless identified as occurring in a vision (v. 22); and Acts is rife with visions from the Lord or of angels engaging the early church (chapters 9–12; 16; 18; and Paul’s account in 26:19).

Perhaps especially relevant is Paul’s description in 2 Corinthians 12:2–4 of an unnamed man he knew who was “caught up to paradise and heard inexpressible things” (v. 4). Paul emphasized (twice) regarding this man’s experience, “Whether in the body or apart from the body I do not know, but God knows” (v. 3). And while this man was apparently expressly instructed not to reveal what he had seen, God inspired Paul to write of this example in such a way that he did not question or challenge the actuality or plausibility of an out-of-body experience happening.

Significantly, many of these visions were personal messages, sometimes without even the contents of the message being revealed in the biblical text—so some of these vision messages themselves were extra-biblical in that they are not given the same weight or recorded as God-inspired biblical texts. Though these visions are acknowledged as legitimate by Scriptures, even in the Bible not all visions are necessarily themselves Scripture. (Certainly the Burpo account is never purported to have any comparable authority to Scriptures; in fact, Pastor Todd takes pains to compare Colton’s and hold it accountable to Scriptures.)

In John’s epistle, he cautions, “Do not believe every spirit, but test the spirits to see whether they are from God, because many false prophets have gone out into the world” (1 John 4:1). Clearly there are many visions throughout history up to this present age that are not of God, even though they have their spiritual sources. But there can be no doubt that the “spirit” of the Burpos’ account is founded upon the clear affirmation of the biblical gospel message of saving faith in God the Son incarnate, his death, and his resurrection. In fact, proclaiming this biblical truth and that of the gospel is their very motivation in sharing the story at all.

Q: Colton’s account specifies many extra-biblical descriptions, such as angels in heaven sporting wings and halos, or that even “everyone kind of looks like angels in heaven.” Likewise, there is Jesus’ rainbow-colored horse and other curious encounters and images that have no biblical parallel.

A: The Burpos’ message is first and foremost that heaven is a very real hope—an actual after-death existence for all who believe. There are many interesting discussions that can develop around any number of provocative images we have recounted for us by Colton. Perhaps some who struggle with these descriptions might find consolation in the fact that Scriptures constantly present God as taking great pains to condescend so that we humans might better relate to and even begin to understand who he is. It seems reasonable that God could encounter three-year-old Colton and allow him to glimpse heaven’s reality through lenses that he could understand.

Scripture uses a myriad of images, for instance, that could represent God as a physical being with eyes, ears, hands, feet, and even male DNA. But of course we know God to literally be Spirit, not human (Num. 23:19). And as Philippians 2:5–11 beautifully describes, God the Son went to profound depths to humble himself and set aside much of his godly attributes, condescending for humanity’s sake. It’s his nature to bend down (as it were) and engage us at our eye-level. That God might frame his very real encounter with Colton through a vision that could reveal angels and the like in ways that could be meaningful to him seems very typical.

Is it any wonder Jesus actually affirms as a model the faith (in him) of a child, not as something to be dismissed or ridiculed? Toward the end of the movie, the Colton character responds to his father’s query about why God would allow the boy to experience this. Colton’s faithful response is to the heart of how God operates—it was actually for the struggling pastor Todd’s sake.