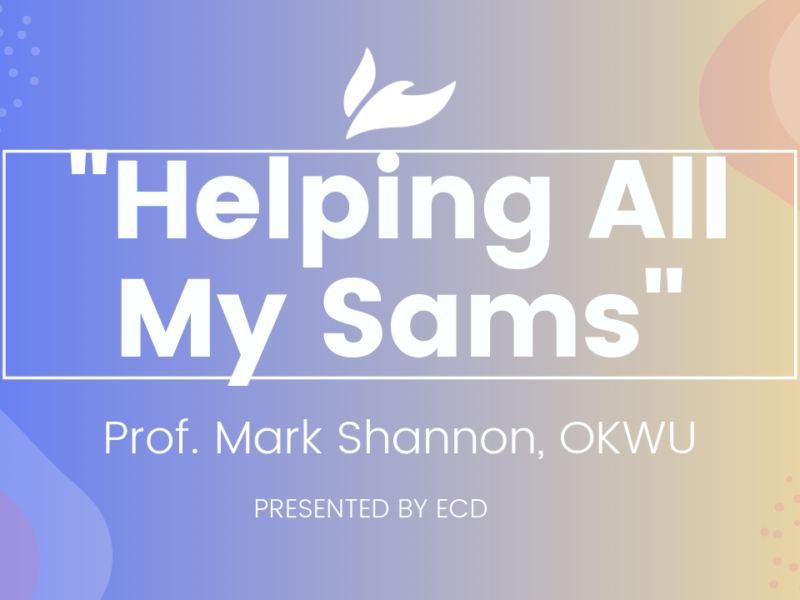 Helping all my ‘Sams’

Since Shannon’s life before becoming a professor was deeply immersed in the business world, he is able to impart practical knowledge to his students and connect what is being communicated in the textbook to relevant experience. 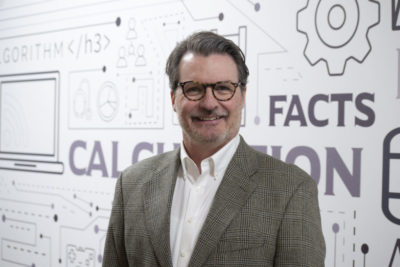 When asked to sum up his goal as a professor at Oklahoma Wesleyan University, Mark Shannon, assistant professor of leadership and management, simply said, “My goal is to help all my ‘Sams.’” That answer necessitated the follow-up question of, “Who is Sam?” Sam is the 14-year-old son Shannon lost in 2005. Sam was struck by lightning and died 80 days later.

Before Sam’s death, Shannon worked in the business world as an entrepreneur. Sam’s sudden death came as a juncture, as God pointed Shannon’s life in a new direction.

“Later, it was apparent God began speaking to me. It felt like he was saying ‘I am going to replace Sam.’ It was then I started on a journey in higher education. What I have found is God meant my ‘new Sam’ would be every new freshman on campus I encounter as a professor. I am like a dad to these students, and I get to impart wisdom into their lives. He hasn’t replaced Sam, but he has given me hundreds and hundreds of Sams so I can be a positive, accountable person in the lives of these students who are away from home for the first time,” he said.

Shannon is usually the first professor that every business student comes into contact with after enrolling at OKWU. One of his classes, principles of management, is a general education requirement for all students to take before graduating, so he gets to touch the lives of nearly every student on campus. It is obvious his students have felt the impact he has set out to make because he was voted “Professor of the Year” by the student body two years in a row.

Since Shannon’s life before becoming a professor was deeply immersed in the business world, he is able to impart practical knowledge to his students and connect what is being communicated in the textbook to relevant experience. He sees his past career as God’s way of preparing him for his role as a professor.

As a professor of leadership and management, Shannon teaches his students to look for those opportunities to integrate Christian faith into the marketplace. He purposes to teach students to rally against the notion of dual morality. In other words, church and business cannot truly be separate from one another, even though it may be hard to impart Christian principles into the business world.

Shannon believes it is the responsibility of Christian business leaders to look at those in their relational world through a lens of love and mercy. The marketplace focuses on enhancing citizenship among organizational members and is concerned with employee satisfaction to build a better employee for the organization’s benefit. The Christian leader should focus on these areas as well but should also value organizational members from an eternal perspective. In doing so, Christian leaders see building their employees up as an opportunity to show the love of Christ without simply considering the benefit of the organization.

Shannon is currently working on his second master’s degree in communications so he can continue his involvement at OKWU in business communication classes. Looking back on the tragic event that took place in his life, Shannon relates to the story of Shadrack, Meshack, and Abednego in the book of Daniel. He has been through the fiery furnace, but he knows he walked through it with God by his side and has found purpose in his ministry as a professor to help more “Sams.”