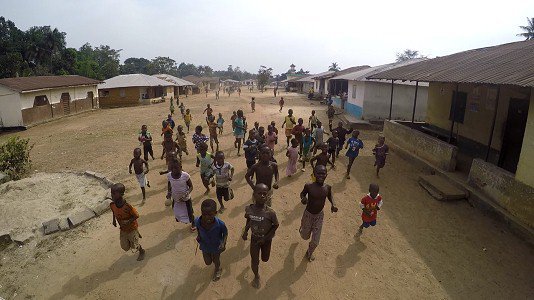 The Ebola outbreak in West Africa has created thousands of unsung heroes who risk their lives every day to battle this disease. Having been on the front lines of this fight since the beginning of the outbreak, World Hope International and The Wesleyan Church of Sierra Leone have had the privilege to work with and alongside, these brave doctors, nurses, ambulance drivers, grave diggers, red zone cleaners, command center organizers, social mobilizers, community health workers, and more. We are grateful to these Ebola fighters who are doing the extraordinary with the most modest of resources.

In partnership with The Wesleyan Church, we have commissioned Atlas Productions to produce a full-length documentary to introduce the world to Ebola fighters on every level.

The stories of each of these Ebola fighters need to be told far and wide. To answer this, we encourage you to make a donation directly to the film’s Indiegogo crowdfunding page. Every dollar raised will be given to World Hope International, where half of the raised funds will be used for our continued Ebola relief efforts such as caring for orphans and repairing decimated medical infrastructure. We will use the other half of these to finance Atlas District Pictures to finalize, market, and distribute this documentary, which is intended to educate the public about Ebola in Sierra Leone.

We invite you to watch a preview of the documentary here.