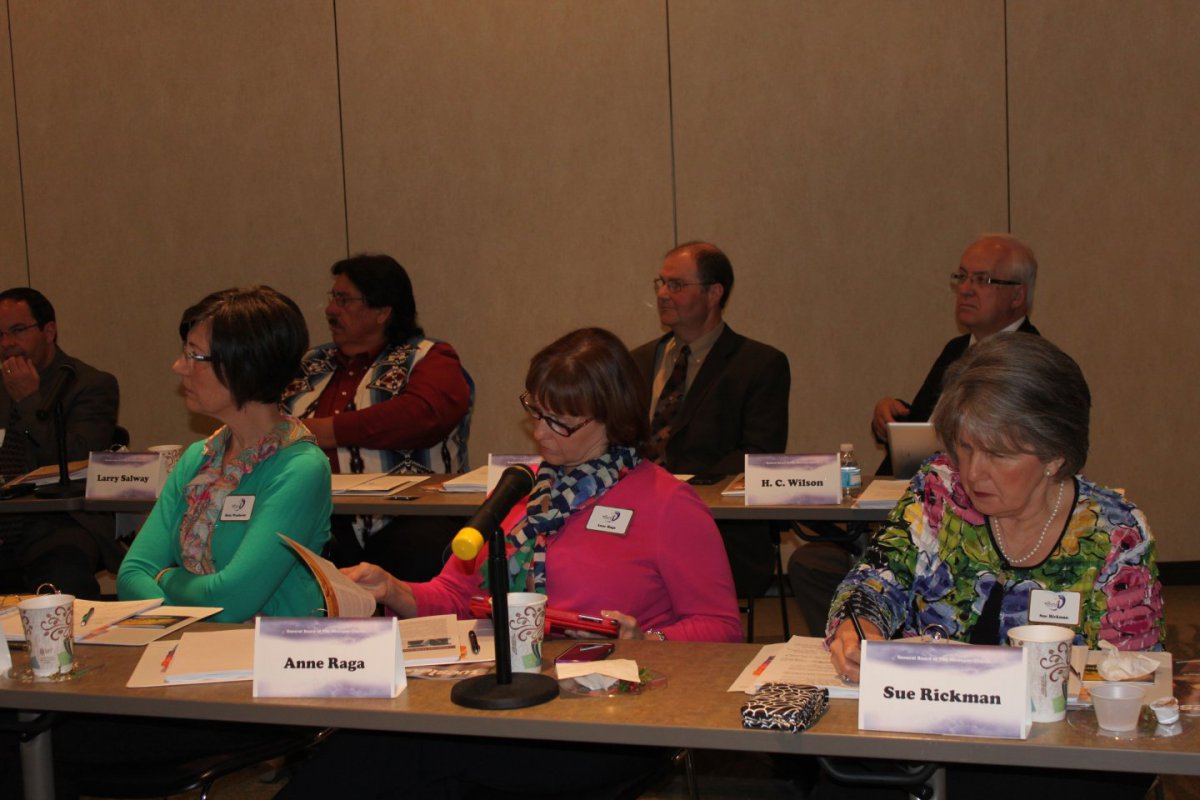 Highlights from the May 2014 General Board

The semi-annual General Board meeting of The Wesleyan Church was held on May 6-7. One recurring theme running through the meeting was “generosity.” Members remarked about the spirit of teamwork and progress that prevailed.

After returning home, District Superintendent Dan LeRoy wrote a note to General Supt. Jo Anne Lyon and the Executive Directors, stating; “I came away from this meeting energized and encouraged as well as challenged that we need to get on the ball in NC East or we are going to be eating everybody’s dust. I feel like The Wesleyan Church is hitting on all cylinders, the leadership team Dr. Lyon has assembled has found its stride, and I am honored to be on the journey with all of you.”

Following were some of the items covered in the meeting: