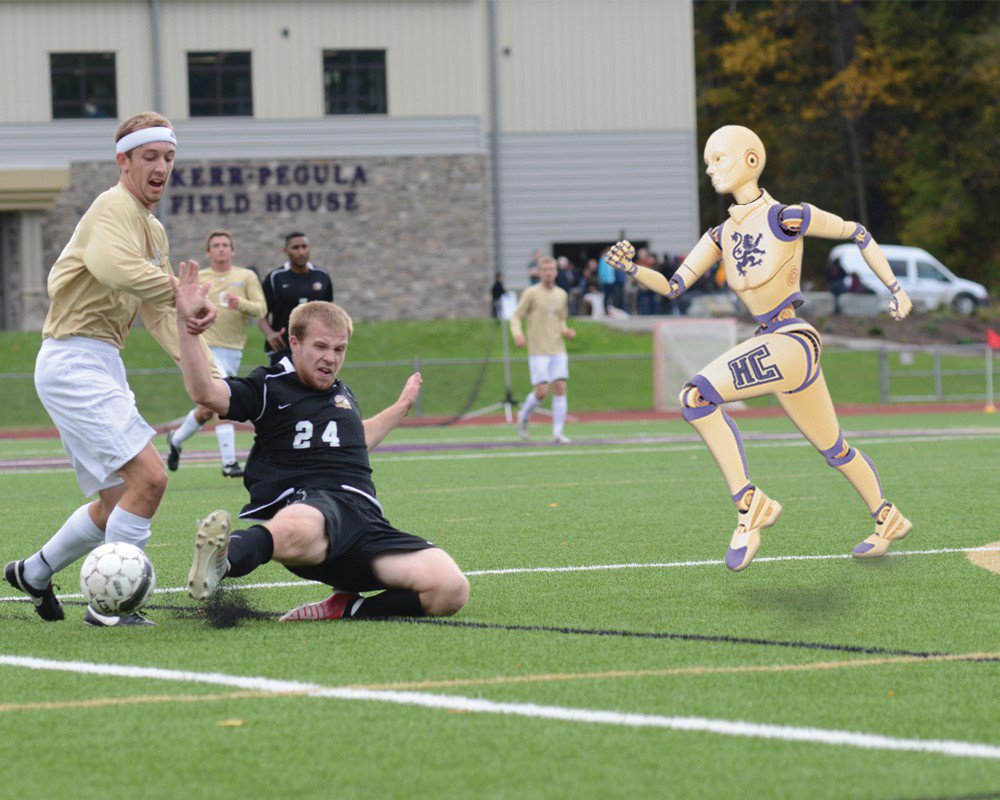 As part of its continuing effort to develop innovative, robust, and competitive offerings, Houghton College is set to be the first college in the nation to offer both an athletic program and dorm life experience that will use augmented reality (AR) to allow students to compete athletically and experience dorm living and community engagement from the comfort of their parents’ home.

This is the first program of its kind, and the college expects it to drastically aid in recruitment of the 21st century tech-savvy student.

“We want to make the full Houghton experience available to all of our students, and athletics is a big part of that,” says H. “Skip” Lord, director of athletics at Houghton. “We saw a dire need to make athletics available to a student who might not be able to compete in person. This initiative is emblematic of the innovation and ambition present in all our faculty and students.”

The idea for AR athletics came up when Microsoft announced the HoloLens, a set of AR goggles that made a splash at their tech conference last year.

“They [HoloLens] can track the user’s hands incredibly accurately, and our first thought was, ‘Why just the hands? Why not the feet? Why not the entire body?'” says Jason Mucher, director of compliance and communications at Houghton.

Houghton, along with other advanced technology companies, has developed the ability for virtual athletes, using robotic avatars, to play alongside flesh-and-blood athletes, thus creating a real, physical virtual athletic experience.

The current design for a soccer robot is a gyro-balanced and advanced hydraulic-motion (G-BaHM) technology for smooth, lifelike movement that is comparable to humans.

The idea for G-BaHM came from the 2013 movie Pacific Rim in which giant ninja-like robots controlled by humans fight giant sea aliens. While the movie is farfetched, the idea is simple: build a robot that can mimic a human’s movement via an AR internet connection. The distinction between the movie and the current technology is that the player is not inside the robot but, rather, controlling a robot from a remote location using the AR goggles and a body suit. Many might see it as a blend between the movies Pacific Rim and Avatar.

The robots, while reacting to physical commands of the virtual player, will also be transmitting physical feedback to the virtual player using technology based on the 3rdSpace Gaming Vest, a pneumatic peripheral that simulates physical impact to the player. However, in this case, an entire responsive body suit was developed, providing a full-body experience for the virtual athlete.

“We want to make sure everything is fair between real and robot players,” says Mucher. “If a real athlete gets kicked in the shin, they suffer a huge drop in performance. We need to apply that same disadvantage to the virtual players. In short, this new body suit equalizes the playing field.”

Discussions about how this program may affect the school’s eligibility to various athletic conferences are still ongoing. An initial concern was having hunks of metal moving on a playing field and the safety of other human team members or opponents who are actually on the field as well. That was overcome by encasing the robots in a new soft synthetic skin-like material called Tanga Peel, which is soft to the touch and reacts like human tissue.

This is just the next step in Houghton College’s 21st-century innovative experience strategy. The college is also making plans to move every facet of student life into virtual reality by the year 2020.

Houghton is currently working on digitizing the dorm life experience by 3D modeling one of the men’s dorm bathrooms.

“The dormitory experience is an integral part of college life that’s important for all students to share,” according to Rob Pool, vice president of student life. “We plan to turn all of the existing living facilities (dorm rooms, bathrooms and the dining hall) into experiential environments where the virtual student will experience the same sights, sounds, tastes, smells, and tactile experiences that our current students encounter.”

Houghton is also developing “nose” inserts for the AR Goggles to communicate everyday dorm smells to the virtual student.

To learn more about virtual athletics at Houghton College or to sign up to be a beta tester for the dorm life experience, visit www.houghton.edu/VRLife.

For another chuckle, note the college’s April 1 story from 2015 about building a dome over campus.