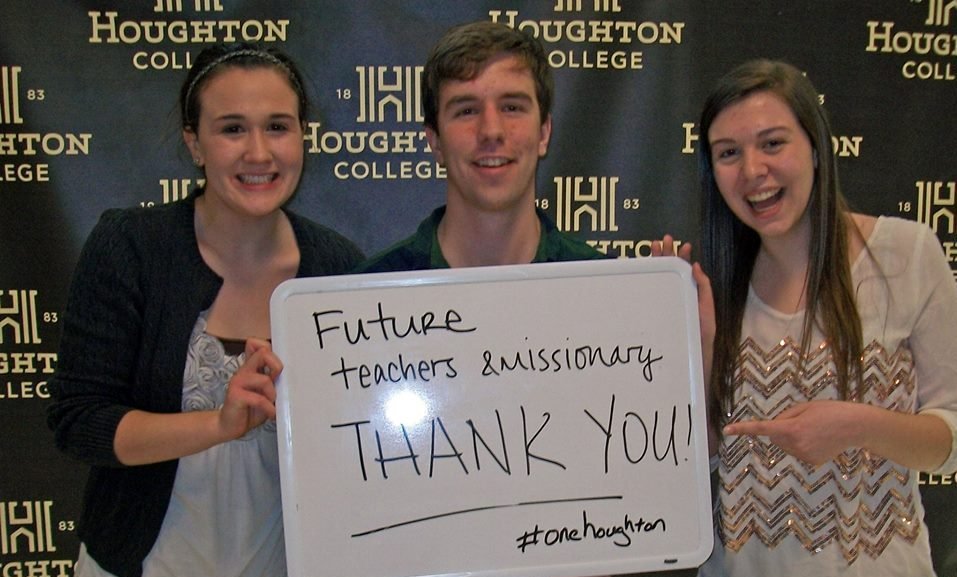 ​Houghton College held its first ever One Day Giving Campaign on April 25 and raised more than $740,000 with a record number of donors giving in a 24-hour period.

Houghton College held its first ever One Day Giving Campaign on April 25 and raised more than $740,000 with a record number of donors giving in a 24-hour period.

The one day campaign was entitled We Are All Houghton – One Day, One Purpose. The day achieved 1,323 donors who contributed a total of $746,304 raised for the Student Scholarship Fund and other projects across campus.

“This is truly an incredible outpouring of support and will continue to help transform the lives of Houghton students,” commented Rick Melson, vice president for advancement and external relations at Houghton.

The campaign officially began at 12:01 Friday morning and then gathered momentum at 7 a.m. when the social media marketing began. By 2 p.m., both of the original goals had been met and an estimated $450,000 total was raised with more than 500 donors giving.

With both goals realized, another alumni couple offered an additional challenge. If Houghton could achieve 1,000 total donors by midnight, those donors would give $100,000.

By 11 p.m., the goal of 1,000 donors had been reached and a record-setting day for donor participation had been set.

In addition to alumni and friends of the institution giving, the student body, along with parents, faculty and staff, gave as well. The student body was officially informed of the campaign at 11:30 a.m. Friday and immediately engaged with more than 100 students giving throughout the day.

“Please join me in praising God for his continued provision and faithfulness to Houghton College,” said Melson. “Thank you for your sacrificial giving, service, and support to advance Houghton College! This day would not have been a success without the generosity of each of you. We are all Houghton!”