Houghton College Spotlight: Proud to be a Wesleyan

Dr. Michael Jordan was not raised in The Wesleyan Church, but now considers himself a “proud Wesleyan convert.” As Dean of the Chapel and Chair of the Religion Department at Houghton College, his desire is to be a positive representative of the Church for his students. Raised in the American Baptist Church, Jordan followed the […] 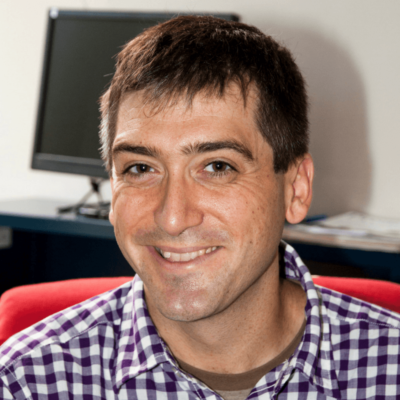 Dr. Michael Jordan was not raised in The Wesleyan Church, but now considers himself a “proud Wesleyan convert.” As Dean of the Chapel and Chair of the Religion Department at Houghton College, his desire is to be a positive representative of the Church for his students.

Raised in the American Baptist Church, Jordan followed the traditions of the denomination into young adulthood. He attended Houghton College to become a history teacher, but toward the end of his college career felt a tug toward ministry. In response, Jordan decided to go to seminary instead of graduate school. He was ordained in the American Baptist Church in 2002, where he pastored until 2009.

“I started to yearn for a denomination with more connections between congregations,” Jordan recalls.

“I began to realize I didn’t really know my brothers and sisters in my own denomination; it seemed strange to me and I felt like there should be more to church than this.”

Connections with the church and the college opened the door for Jordan to step into the role of Dean of the Chapel at Houghton College. He began in interim capacity in spring 2013 and is now full time. As part of this position, he oversees chapel services three times a week, and prayer and communion daily, and has the opportunity to preach about once a week. He also counsels students and has other duties similar to that of a pastor.

“I see myself as a ‘campus pastor,’” Jordan shares. “College students are in a tender stage of development where they are trying to figure out who they are and who they want to be. It is a privilege for me to walk through these times of questioning with students.”

“I am a representative of our body, and I get the opportunity to be the mouthpiece of our denomination to let these students know we care for them.”

Jordan sees chapel services on campus as a time to bring students together to remind them of the good news of the gospel.

“The journey of self-discovery and learning is really scary work. When you are a young adult who is a committed Christian like most of our students are and you want to find out what God has for you, it is difficult and scary work to do that with integrity,” Jordan says.

“Students need a pastor at times like this to remind them they are going to be OK. Times when we gather together in chapel or prayer or communion to worship become primary moments to drive home the presence of God and reinforce the understanding that, with his Holy Spirit, you can walk through the scary times without fear.”

As Chair of the Religion department, Jordan also seeks to foster strong relationships between churches and the college, caring deeply about those connections.

“I believe it is our goal as Houghton College to serve the denomination,” Jordan shares.

“This helps us develop leaders and Christians who end up helping The Wesleyan Church as a whole.”

He shares, “My goal is to present the gracious gospel of Jesus again and again to drive it home for students from their heads to their hearts.”