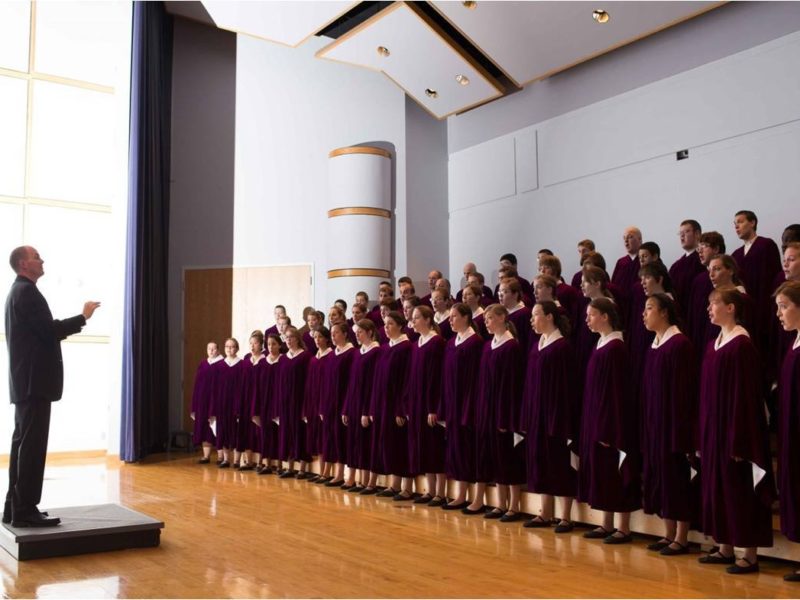 HOUGHTON, NY, February 3, 2014 – The National Sacred Honor Choir, sponsored by Houghton College, Houghton, N.Y., will perform at the world famous Carnegie Hall Sunday, March 9 in New York City. The performance will be in the historic Stern Auditorium located at 881 7th Ave, New York, N.Y. at 2 p.m. Tickets can be purchased by visiting www.carnegiehall.org/Calendar/2014/3/9/0200/PM/2014-National-Sacred-Honor-Choir

The National Sacred Honor Choir is comprised of hundreds of Christian musicians from six countries and across the U.S. These performers represent both professional and collegiate choirs and will be partnering with a professional New York symphony orchestra and feature the work of Houghton College faculty, students and distinguished alumni.

Selections of music to be featured will include Mozart’s Requiem, Beethoven’s Piano Fantasy Op. 80 and a new commission by Houghton College composer David Davies, Cantate Domino.

“There is no more venerated hall in the world than Carnegie, and launching this new national initiative at such a celebrated place as Carnegie is both an honor and a sacred trust,” commented Dr. Stephen Plate, dean and director of the Greatbatch School of Music at Houghton College.

The performance will be led by Maestro Brandon Johnson, director of choral activities at the Greatbatch School of Music.