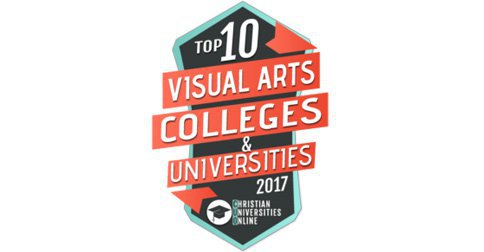 Houghton College has been named a top 10 for visual arts programs in Christian colleges in the U.S.

Christian Universities Online has named Houghton College as one of the top 10 Christian colleges for visual arts programs in the U.S. The listing highlighted Houghton’s quality degrees in art, studio art, and visual communication.

The 2017 rankings were based on the number of undergraduate and graduate visual art degrees, the faculty-to-student ratio, the percent of full-time beginning undergraduates receiving grant or scholarship aid, selectivity, overall retention rate, and overall graduation rate.

This is not the only recent accolade for Houghton. Time magazine recently listed Houghton on its MONEY College rankings, naming it number 260 out of 2,000 colleges for best value and placing Houghton in the top five percent of colleges in the nation for value.

Colleges on Time’s listing were ranked according to “educational quality, affordability, and alumni success.”

Houghton has also once again been included in the well-known publication, “Fiske Guide to Colleges 2017.” Compiled by former New York Times education editor Edward B. Fiske, the top independent voice in college admissions, “Fiske Guide to Colleges 2017” is a selective, subjective, and systematic look at more than 300 colleges and universities in the U.S., Canada, and the U.K.