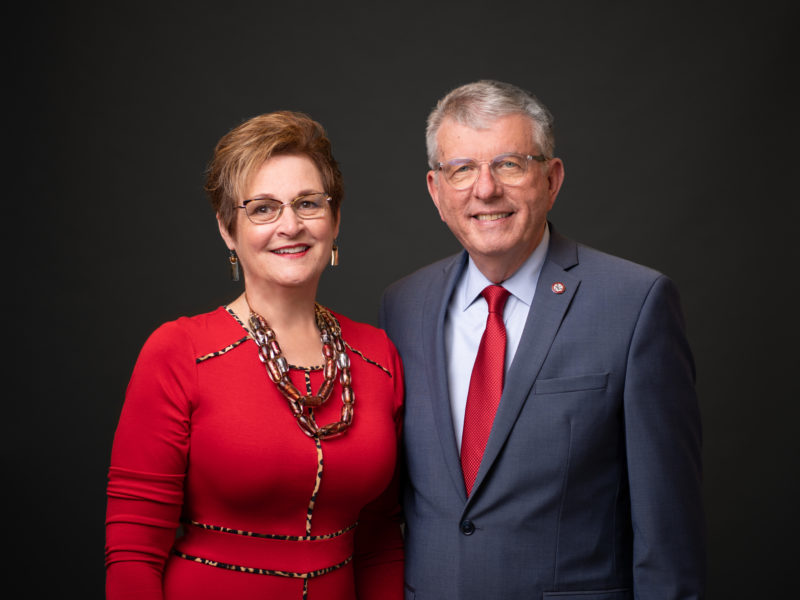 Indiana Wesleyan University (IWU) President Dr. David Wright announced his plan to retire at the end of the 2021-22 school year. Wright served nearly a decade at the university’s helm and concluded a 35-year career in Christian higher education with 25 years at IWU.

“The Indiana Wesleyan University Board of Trustees has been and continues to be very supportive of Dr. Wright and the leadership he is providing to IWU. After extended and prayerful consultation with his wife Helen, however, they have jointly decided to enter this next phase of their lives,” said Carl Shepherd. “Dr. Wright has contributed many valuable and impactful years of his life to IWU, leading to significant and innovative accomplishments for the institution and leaving it with a strong foundation. At the same time, Dr. Wright has maintained a Christ-like spirit of servant leadership and is beloved by the IWU community. For all of this, the Board is forever grateful. We wish him and Helen all the best as they embark on this new adventure together. They will both be missed.”

Wright has spent 35 years in Christian higher education, serving in different roles across IWU, at Azusa Pacific University in California and abroad in Haiti and England. At IWU, he spent five years as a faculty member and associate dean, six years as vice president, five years as IWU’s first-ever provost and the past nine years as president.

During Wright’s 25 years of leadership at the institution, IWU expanded its academic programs, including adding master’s and doctoral programs, expanded the university’s footprint into three states (Indiana, Ohio and Kentucky) with its regional learning centers, designed and grew its online presence. He also championed and celebrated greater diversity, equity and inclusion, launched the university’s first football and marching band programs, expanded its health science offerings, added engineering and saw its endowment grow from just over $50 million to $268 million.

“It’s been amazing to see what God has done for the university over the years. Through the dedicated work of our brilliant faculty and staff, IWU has grown in academic depth and organizational sophistication,” said Wright. “From adding new academic and athletic programs on the Marion campus to growing Wesley Seminary through its innovative Spanish speaking programs to the ongoing innovation of its adult programs, IWU has become a flagship Christian university. IWU is blessed with amazing people and community as we prepare our students to be the next generation of World Changers! It’s been an honor and a privilege to serve as president of my alma mater, and I am extremely pleased the university has a solid foundation to continue its growth in the future.”

The Board of Trustees will be forming a search committee early in 2022 to make recommendations for the next president of Indiana Wesleyan University. The Board will be looking foremost for an individual who will continue to lead IWU in its world-changing mission to be a Christ-centered academic community in the Wesleyan tradition dedicated to developing students in character, scholarship, and leadership. Please join the Board in earnest prayer for God’s blessing and direction in this significant decision.

Tod Dalberg is the vice president for External Affairs for Indiana Wesleyan University.

Scott Todd is the executive director of Marketing and Communication for Indiana Wesleyan University.