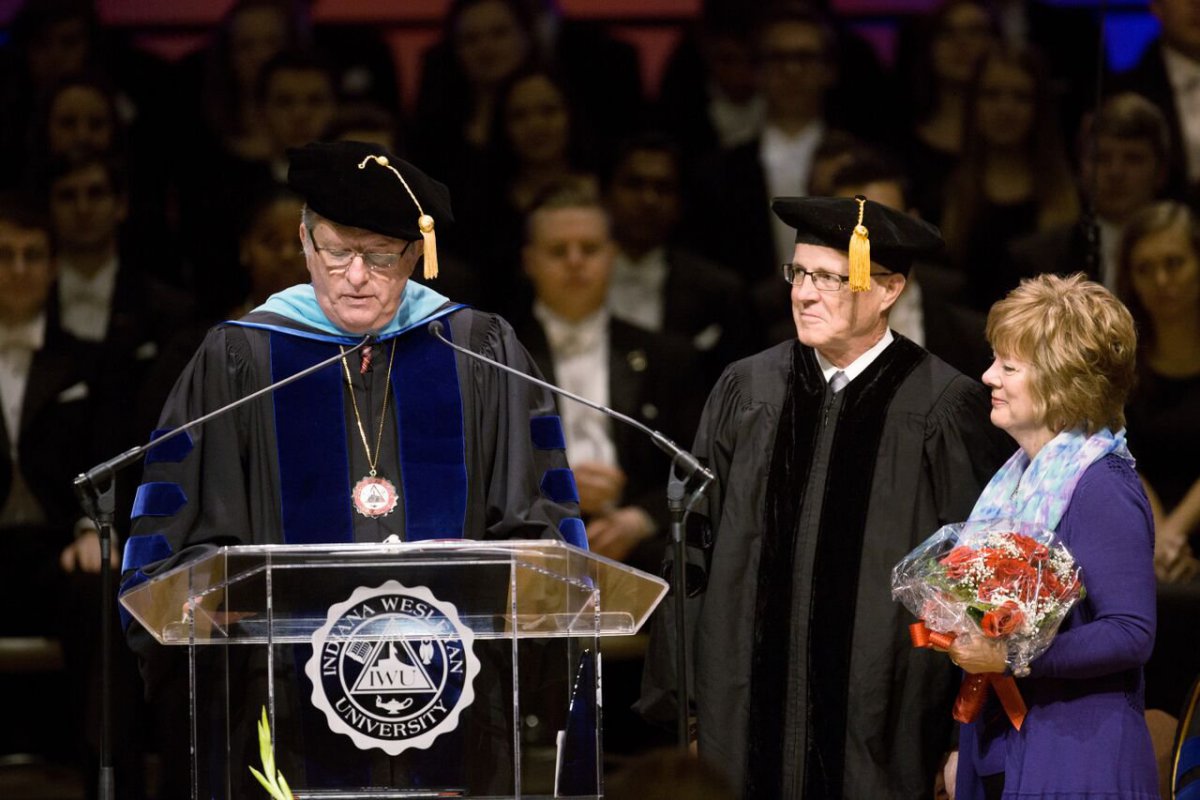 ​Indiana Wesleyan University is pleased to announce Rev. John Bray, a 1972 IWU alum, as the new Interim Dean of the Chapel for the 2015-2016 academic year.

Indiana Wesleyan University is pleased to announce Rev. John Bray, a 1972 IWU alum, as the new Interim Dean of the Chapel for the 2015-2016 academic year. Bray was the senior pastor of Heritage Wesleyan Church in Rock Island, Illinois, until 2014, at which time he was named senior pastor emeritus of the church. During his 41-year tenure, the church grew from 24 to 3,000 attendees across three campuses. He has also served on the IWU Board of Trustees since 1999.

Bray’s other roles within The Wesleyan Church over the past four decades have included District Youth President, District Board of Administration and Assistant District Superintendent (Illinois District). Bray was awarded an honorary Doctor of Divinity degree at IWU’s commencement ceremony in April in recognition of his longstanding service to the local church, his example of servant leadership, and his consistent dedication to God.

“We truly believe we have a wonderful leader during this interim year,” said CEO for Residential Education Keith Newman. “John is a man of God who has a heart for impacting the world, and we are honored to have him as a member of our team.”

Bray and his wife, Patty, have been married for 43 years and are the parents of two adult daughters. Bray will start his new position as Interim Dean of the Chapel on Friday, September 4. The search for a permanent Dean of the Chapel is currently in progress.