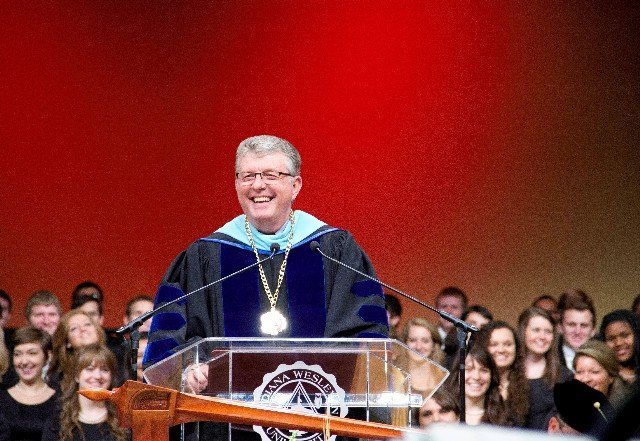 Wesleyan General Superintendent Jo Anne Lyon, Board Chair Carl Shepherd, and various other dignitaries from the university, the Grant County community, and The Wesleyan Church graced the platform.

About 3,000 were in attendance to witness and participate in the dedicatory prayer and hear President Wright bring his inaugural address.

Wright served as the University’s first provost before acceding to the presidency this July, when former President Dr. Henry Smith retired to assume the office of Chancellor.

Outside his tenure at IWU, Wright was dean of the School of Theology at Azusa Pacific University for three years and David and Helen served for eight years as Wesleyan missionaries in theological education in Haiti and England. One of Dr. Wright’s stated goals for his tenure as IWU’s president is to broaden its global reach.

During his immediate past service as IWU’s first Provost and Chief Academic Officer, Wright helped develop Wesley Seminary at Indiana Wesleyan University, the School of Nursing, the School of Health Sciences initiative, the Ron Blue Institute for Financial Planning, and the National Conversations: A Series of Dialogues About Society’s Well Being.

Earlier in his career at IWU, Wright led the university’s entry into online education and initiated the regional campus development strategy that helped IWU become Indiana’s largest private university. His commitment to The Wesleyan Church and Christian scholarship helped ensure that this growth was established on the sure footing of the university’s mission of Christ-centered higher education.

IWU Board Chair Carl Shepherd remarked, “Dr. Wright is both deeply rooted in the Wesleyan tradition and far-reaching in his vision as an educational entrepreneur. We look forward to his blending these strengths to help us navigate the rapidly changing nature of American higher education.”

Wright earned a Doctor of Philosophy in Education Policy Studies from the University of Kentucky and a Master of Arts in Biblical Studies from George Fox University (Western Evangelical Seminary). He received his Bachelor of Arts degree in Christian Ministries from Indiana Wesleyan University in 1977. 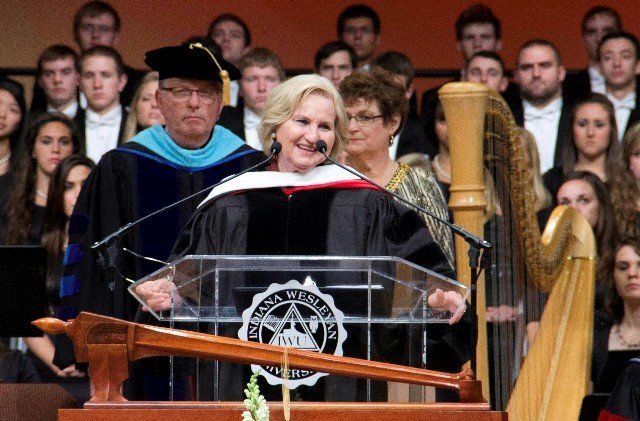 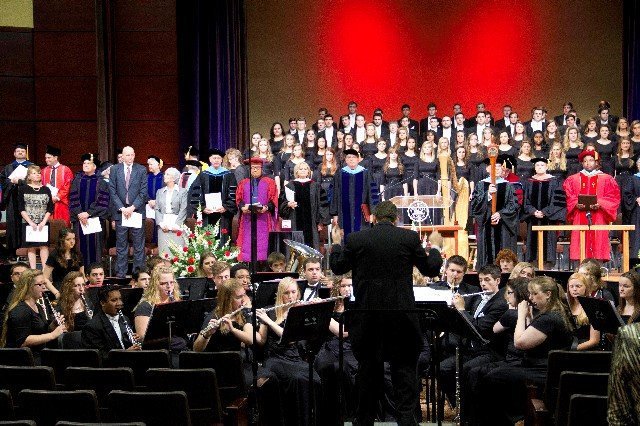 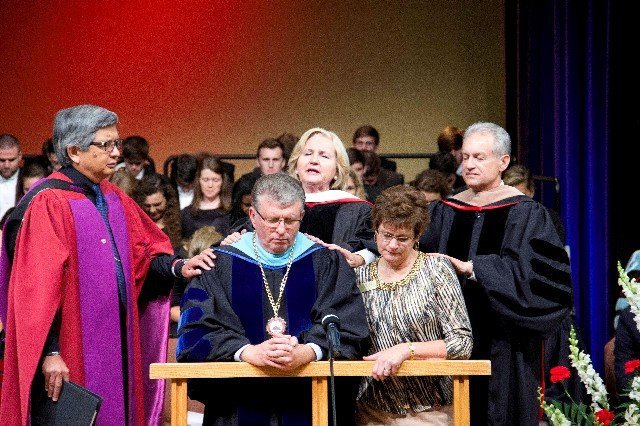