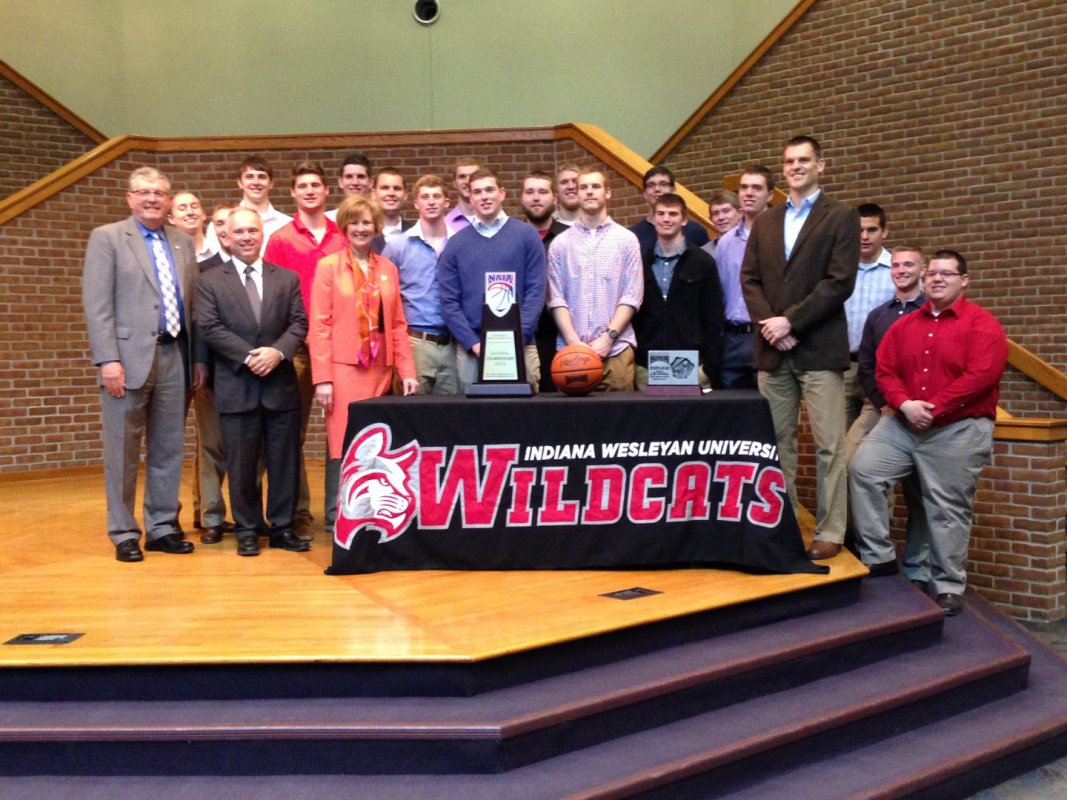 Indiana Wesleyan President Dr. David Wright introduced Congresswoman Brooks who spoke about all the hard work the team put in during the season to achieve success. She then read the Congressional Record which recognized the team’s national championship victory.

Mayor Seybold then shared a Proclamation to honor the team. The Proclamation declared March 18 as each individual member of the team’s day in the City of Marion and each member will have a proclamation to take home.

Congresswoman Brooks, Mayor Seybold, and President Wright finished the afternoon by taking pictures with the team and the national championship trophy.