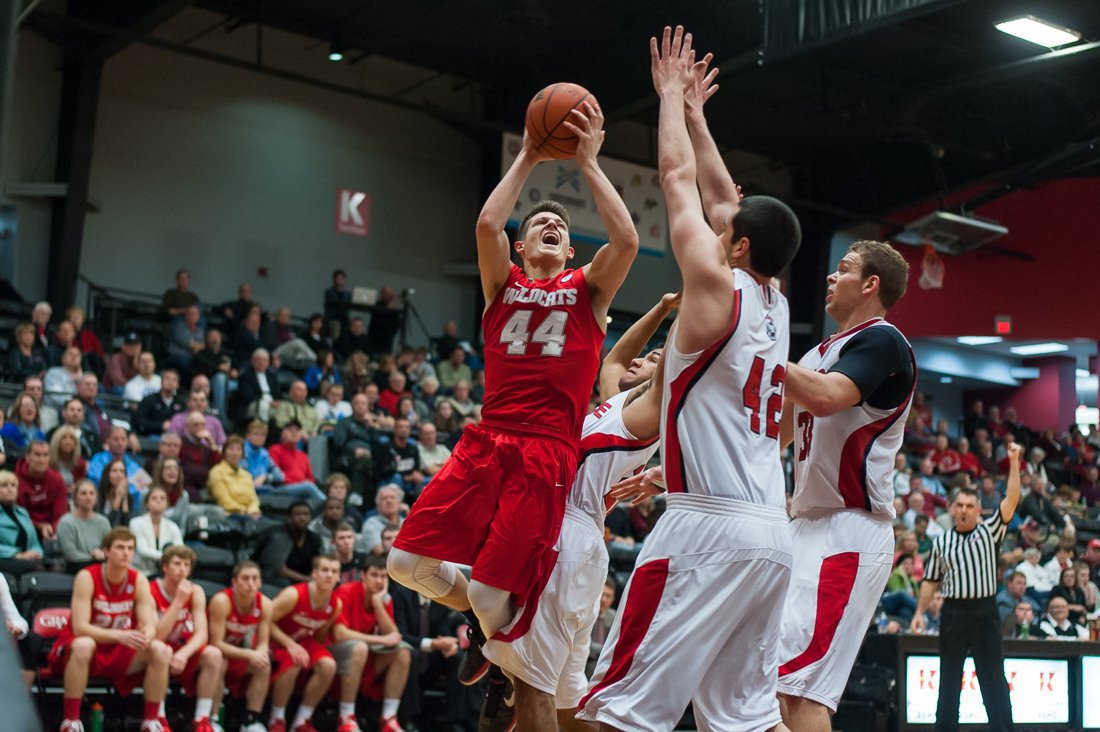 “I feel incredibly blessed,” Weidner said at the draft. “I’m speechless. I can’t really put it into words. Every kid who plays basketball dreams about this so it’s definitely a dream come true. I’m looking forward to the challenge ahead.”

The Mississauga Power selected Weidner with the first pick. Mississauga is located just west of Toronto in southern Ontario and lies on the shores of Lake Ontario. The Power held the first pick after finishing a league-worst 10-30 last year.

“Early on he appeared to be a very strong player,” said John Wiggins, Mississauga’s vice-president of operations. “We saw a lot of other teams taking interest in him and I think what’s most important is that coach Kyle Julius obviously has a philosophy on the direction he wants to go in and he felt that Jordan fit quite well into that philosophy. We went with the best player for us.”

Weidner, a 6-2 guard, led Indiana Wesleyan to the 2014 NAIA Division II national championship where he averaged 23.0 points, 4.4 rebounds, and 5.6 assists per game. During the season, the Danville, Ind., native averaged 18.9 points and 5.2 assists. Weidner graduated from IWU as the all-time leader in career assists (521) and is third in career points (2,224).

“I’m so proud of Jordan and the opportunity ahead,” said IWU Head Coach Greg Tonagel. “He’s always been about winning and making his teammates better. He will not only bring a great skill set to the Power but he will raise the culture of their locker room and organization.”

The Power begin the season on November 1 at Brampton. The first home game for Weidner will be on November 8 against London in the Hershey Centre.