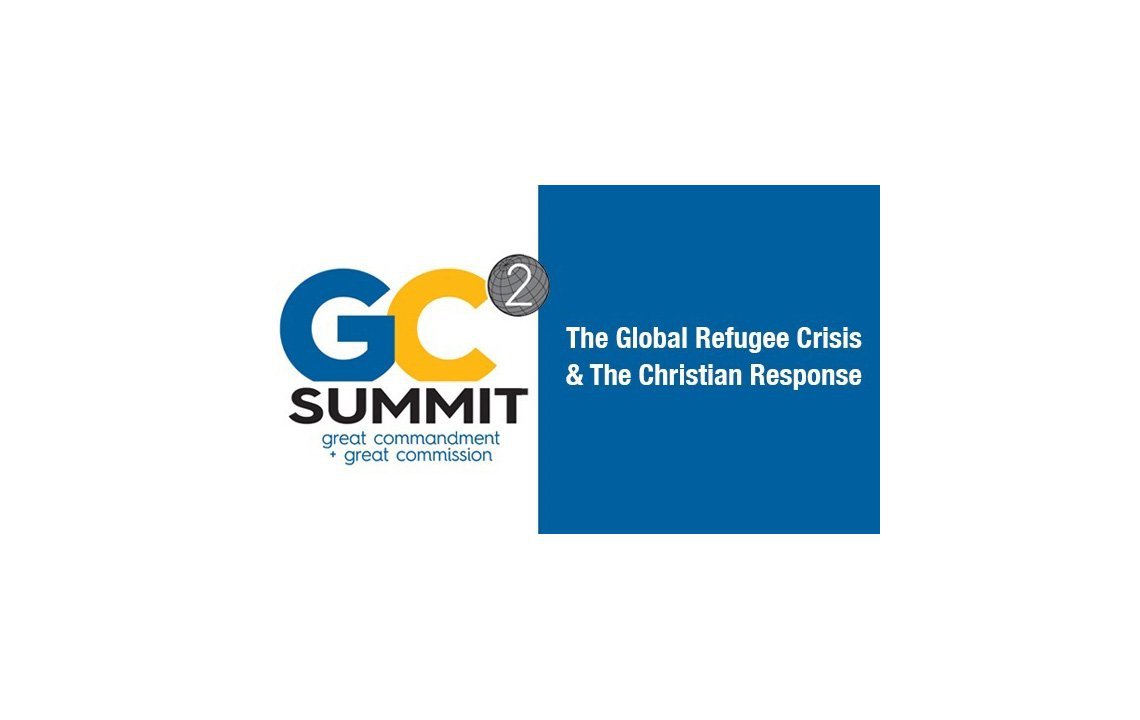 A historic refugee crisis suggests a historic response from God's church. The GC2 Summit on January 20 at Wheaton will be a catalysis for that response. It's free. Just get there.

The refugee crisis has been exploding for quite some time and over the last few weeks and months it has captured attention across the country. While the crisis has been happening for a while, some are just now beginning to process the devastation. Over 200,000 Syrians have died in their 4.5 year conflict. That is roughly the equivalent of the Paris death toll every day since the start of their struggle. Approximately 25% of those killed have been women and children, and over 80,000 of those killed have been civilians. This has led to a mass exodus where over half the population of Syria, 12 million people, have now had to flee their home looking for safety.

It’s not just a Syrian refugee crisis, but that’s become the news. That impacts the Middle East, and much of our efforts should be there—working for peace, serving the hurting, and helping people settle there. The vast majority of work is in the Middle East, but also conversations about refugees are also at work in the West.

We believe that Christians need to respond in a, well, Christian manner; to call governments to respond for the good and safety of their people, and to show compassion to refugees in responsible ways. We hear voices speaking out about it from a variety of positions, but what should the church say?

We think it is time for the church to gather and consider how we should respond. It is because of that concern that we announced a few weeks ago a GC2 Summit. A gathering of Christians that consider the Great Commission and the Great Commandment and how they relate to the refugee crisis.

We quickly put together a leadership meeting and expected 20-30 to show up. We were amazed when we had to cap registration at 125 because we ran out of room for the meeting. At the conclusion of that meeting we released an A Declaration of Evangelical Response. You can read that document here.

Since it was released we have had hundreds of people sign the statement in agreement. After that meeting we began moving towards a large, open-to-the-public gathering. A meeting where Christians could come together and learn from, and be equipped by, some of the leading voices who are involved in caring for refugees. We are excited to host that meeting at Wheaton College on January 20th.

I want to invite you to join us for that meeting.

We have worked to put together an outstanding lineup and have some excellent voices who will be sharing with us. Leaders like Bill Hybels, Christine Caine, Rick Warren, John Azumah, Jenny Yang, David Platt, Rich Stearns, Stephan Bauman and more will all be addressing those in attendance.

There are other speakers, so look at the whole lineup on the webpage. In addition, David Platt (President of the International Mission Board) and Jo Anne Lyon (General Superintendent of the Wesleyan Church) will bring video messages.

Also, we will hear from pastors in Europe and the Middle East who are leading their churches to address the crisis. Finally, we are working with a refugee family who can share their story with us as well. As I said, this should be an excellent event.

All of the speakers we’ve invited have something unique to contribute to the conversation and can help the body of Christ love and reach refugees. We are not focused on political pronouncments but on serving the hurting.

If you would like to join us we have done everything in our power to make this available to you. We have no budget to put this on. Everyone involved is jumping in and covering their own costs to be a part. We are charging $15 per person to cover the cost of the meal at lunch, but otherwise there is no cost involved in attending. All you have to do is get there. If you cannot join us in person, we will be live streaming the event as well. I will share more about the live streaming as we get closer to the event.

Click here to register to attend the event at Wheaton College on January 20, 2016.

If you want to learn more about the event before you register, click here for more information.

This is not a minor moment of crisis. This is an historic crisis and the church needs to respond. We believe that many across the Evangelical landscape want to respond but do not feel equipped to do so. This gathering is the opportunity the church needs to prepare and engage. I hope you will make plans to join us.

I also hope you will help us spread the word. Tweet it out, or share it on Facebook. Let people know that you are coming, or that you will be watching, and be sure to use the hashtag #gc2summit. If you can’t make it, why not setup a watch party with your Sunday school class, your small group or your church? Maybe even send out some emails or texts and invite people to join you either in person or online.

I hope you make this a priority. I really believe this is a key moment and a key opportunity for the church to make a difference.

I hope you’ll join us. I’ll have more information in the coming months.