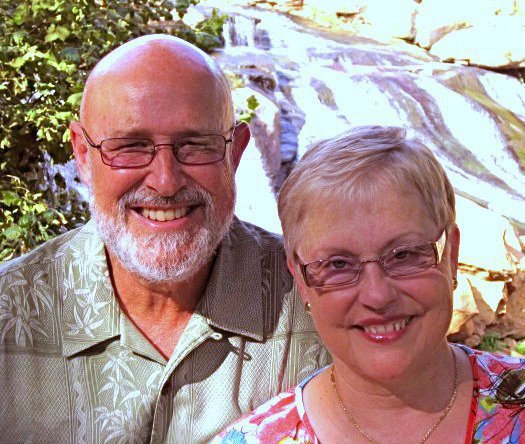 With Karl Westfall's upcoming retirement as district superintendent of the Northwest District, perhaps it is a very appropriate time to say "thank you" to Karl and Sharon for a lifetime of ministry.

With Karl Westfall’s upcoming retirement as district superintendent of the Northwest District, perhaps it is a very appropriate time to say “thank you” to Karl and Sharon for a lifetime of service to the Lord and The Wesleyan Church.

Sharon is the daughter of Dr. Orval and Gwen Butcher. When she was growing up, they were serving in the First Covenant Church of Minneapolis with Dr. Paul Rees. The Butchers moved to San Diego to start the notable Skyline Wesleyan Church, then in Lemon Grove and now in La Mesa.

Some of Karl’s early experiences were formed by his family serving in Cameroon, West Africa, as missionaries with the Presbyterian Church from 1955-1958. His father renovated a jungle hospital.

Karl began to attend Skyline in 1964. The Skyline youth group was led by Pastor Jimmy Johnson, who became a major influence in Karl’s life and future calling. Pastor Derric Johnson was the music and collegian pastor who also was a mentor and friend.

Karl was very involved in Youth for Christ as a teen, attending rallies and school club meetings. He was called to the ministry as a high school student. In 1966, after graduating from high school, he was asked to join the staff of Campus Life working with Ken Overstreet, Mike Yaconelli, and Wayne Rice.

Karl and Sharon were married June 27, 1970. Then, after both graduated from San Diego State University, they traveled to Portland, Oregon, so Karl could attend Western Evangelical Seminary. During that year they were dorm parents at George Fox College.

The following year they transferred to Asbury Seminary in Kentucky where Karl became the student president of the Wesleyan Seminary Foundation Fellowship. During his last year he pastored a two-point charge for the United Methodist District.

After Karl graduated with the MDiv, they returned to Skyline where Karl served as high school youth pastor for three years under his father-in-law, Dr. Orval Butcher.

They left Skyline in order to begin ministering to young families at Chapel Fellowship in Concord, California. It soon became Antioch Wesleyan Church, and the Westfalls were there from 1978-84.

From 1984-87, the Westfalls answered a call to serve on the staff of First Free Methodist Church in Seattle. Under the leadership of Dr. Mark Abbott, Karl oversaw outreach and evangelism.

California beckoned them to return, however. Their next assignment was on the staff of Arcade Wesleyan Church in Sacramento, led by Rev. Bob Hughes. When Pastor Bob retired just one year later, Karl was selected to become senior pastor, and they served there for seven years.

From later years, looking back to all the years that Karl learned and served under a long list of extraordinary mentors gives a clue as to his own ministry effectiveness and leadership.

In 1994, a core group desiring to plant a new church in Fishers, Indiana, called them. In their three years as founding pastors of Fall Creek Wesleyan Church in Fishers, they established the congregation and located prime land before passing the baton to Dr. Ken Heer.

Bonita Wesleyan Church in San Diego brought them back home to their families and a wonderful congregation of people. Sharon earned her Master’s in religion from Point Loma Nazarene University during that time.

During those years at the Bonita church (1997-2004), Karl and others from the church became deeply involved in the JESUS film video project. The church raised $50,000 for equipment, training, etc., and Karl and others traveled to the Bible college in Swaziland to help implement the project. It was Karl’s first return to Africa since his childhood. He found himself to be right in the middle of something big that God was doing. One of the results of the project was students who went back to neighboring Mozambique as pastors and evangelists using the JESUS film. The tremendous spiritual revival that has impacted Mozambique has become a powerful witness of God’s grace. Since then, Karl has returned two more times to Swaziland to teach at Emmanuel Wesleyan Bible College.

In 2004, Karl was elected and began serving as district superintendent of the Northwest District. He had given years of service to the district board of administration of the Pacific Southwest District under Dr. Steve Babby, giving him excellent preparation for the responsibilities of being a district superintendent, including broader involvements such as on the board of Oklahoma Wesleyan University.

Sharon was ordained in 2009 in the Northwest District of The Wesleyan Church and served as an assistant pastor at the Vancouver church. She has been a strong advocate for women in ministry for many years and served on the denominational task force.

A key contribution of Karl’s time as district superintendent was setting up a consulting relationship between the district and Dr. Paul Borden. Paul influenced the culture and vocabulary of the district by helping them focus more clearly on these priorities:

The final chapters are yet to come. Karl and Sharon will be married for 43 years this June, but are open to however the Lord leads next. They have two children, Erin and Charles, and three grandchildren. When Karl retires as district superintendent, the Westfalls plan to relocate back to California.

Karl and Sharon, The Wesleyan Church is very grateful to you for your extraordinary service in such a rich variety of ways, as staff pastors, senior pastor, church planters, involvement in missions, and as district superintendent. Because of you, many, many others were helped and encouraged along the way, and saw an example of a wonderful Christian marriage, visionary servant-leadership, and faithfulness to your calling. Thank you!

Pictured in second photo: Karl and Sharon Westfall teaching at a FLAME event.