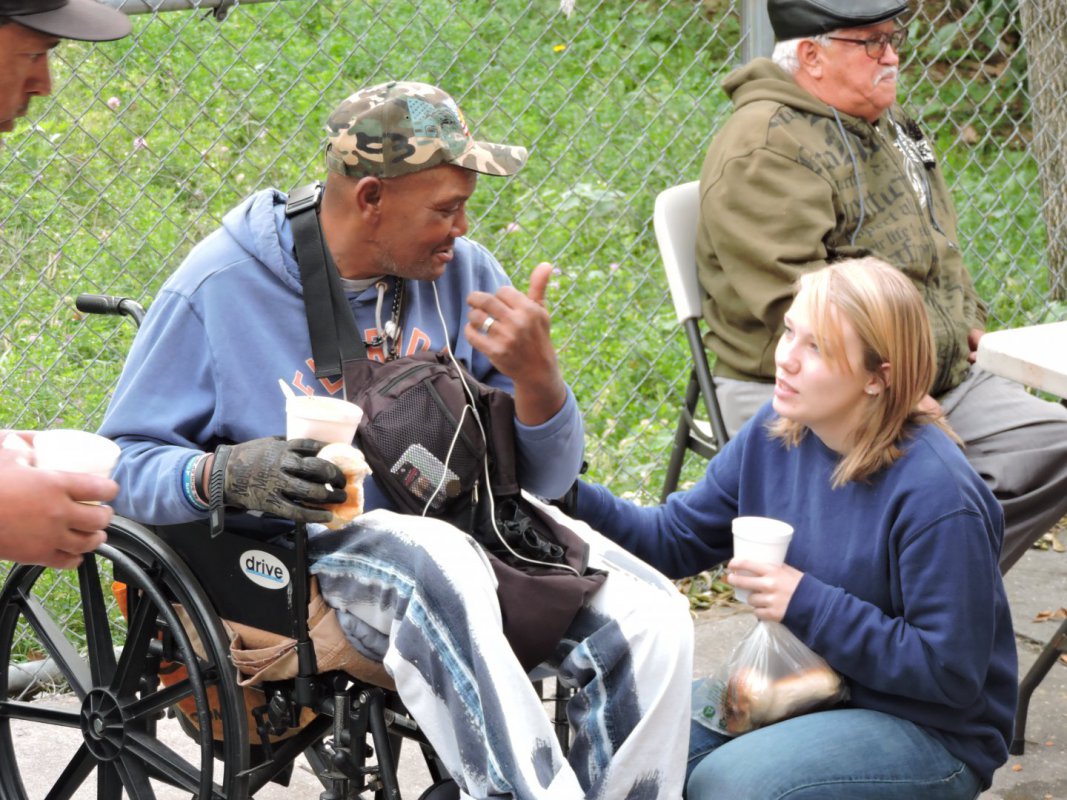 The Canadian Thanksgiving break in mid-October gave Kingswood University students another opportunity to serve others. Students in the Praxis program (A.A. in evangelism and compassion ministry) travelled to New York City to participate in inner city ministry. The group served breakfast to 700 people at Father’s Heart Ministry, distributed food to the homeless through a relief bus in Harlem, hosted a barbeque and a children’s park party in Brooklyn, assisted with after school program at Living Waters, and held chapel services at Bowery Mission and Anchor House Rehabilitation Center.

One day the Praxis group did a McMission which involves handing out McChicken sandwiches to the homeless on the street and praying with them. Zach Otto stopped to talk with Anthony who had no feeling in his knees due to losing all circulation in them. After getting Anthony’s permission to pray for healing in his knees, Zach bent down and prayed for Anthony’s healing. Right there on the street God healed him.

“It was a total shock to Anthony, but I was not surprised at all,” said Zach. “However, I was deeply impacted because I know God did much more than just heal his knees that night. I think there was a lot of healing in his mind and soul also. I believe that McMission was the start of God doing something huge in Anthony’s life.”

Kaya Sleep’s favourite experience from the NYC trip came from working with the NYC Relief Bus. The soup kitchen on wheels provides a cup of delicious soup, some bread, and a drink to the people on the street. People also can ask for prayer and some hygiene items at the back of the bus.

“The NYC relief bus is providing people with so much more than bread and soup,” said Kaya. “God is working. People are fed well and being interceded for. It was amazing to be a part of it, if only for one day.”

“The whole trip was amazing,” said Alex Haner, who sensed a confirmation of God calling him to missions during his time in New York City. “Seeing the darkness in the city was hurtful, but I also got to see a light as all the different Christian organizations reached out to the lost and broken. I want to do this worldwide.”