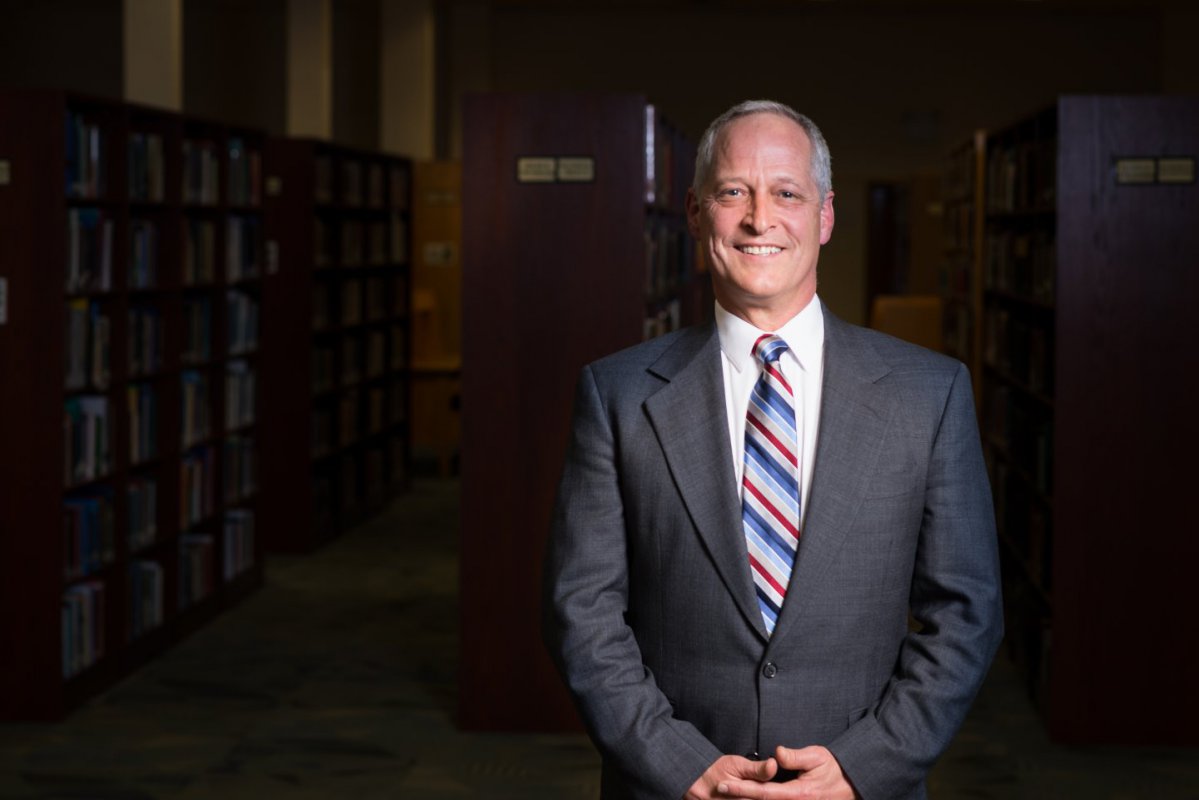 Dr. Stephen Lennox has been elected the 12th president of Kingswood University. He will replace Dr. Mark Gorveatte this summer.

On Friday, March 27, 2015, the Board of Trustees for Kingswood University elected Dr. Stephen Lennox to serve as its next president. Dr. Lennox will become the university’s 12th president on July 1, 2015.

“It is with profound thanks to God and genuine optimism for the future that I announce the unanimous election of Dr. Stephen Lennox as our next president of Kingswood University,” declared Board Chairman, Dr. H.C. Wilson, to the Kingswood community after the vote.

The search for a new president began in October immediately after Dr. Mark Gorveatte, who spoke of his “abiding sense of call to more directly serve the local church,” gave the board his notice to end his service as president on June 30, 2015. After reviewing several candidates, Dr. Lennox emerged as the search committee’s single nominee.

“Dr. Lennox is a Christian statesman, a lifelong Wesleyan, a proven leader with an educated mind and warm heart, an ordained Wesleyan minister, and an experienced academic with more than twenty years experience on the faculty of Indiana Wesleyan University,” continued Wilson. “He holds four degrees including the Ph.D. from Drew University, and in addition to his university experience, Dr. Lennox pastored Wesleyan churches for ten years. He and his wife Eileen are the parents of two children and two grandchildren.”

In receiving the board’s vote, Lennox said, “I’m tremendously honoured to have been selected to serve as the 12th president of Kingswood University. I look forward to building on President Gorveatte’s excellent work and wish him the best in his continued efforts on behalf of the kingdom. I anticipate a seamless transition working alongside the highly competent and committed team of administrators, faculty, and staff.

“God cares deeply about the work of the Church, including the task of preparing men and women to take up places of leadership,” said Lennox. “As Kingswood remains faithful to its calling and obedient to his leading, God will bless our efforts with success to his glory.”

“We joyfully welcome Dr. and Mrs. Lennox to Kingswood University and assure them of our full-orbed support as he assumes the mantle of leadership in our vital mission,” said Wilson. “Our prayers are most sincerely with him as he leads us onward and upward.”