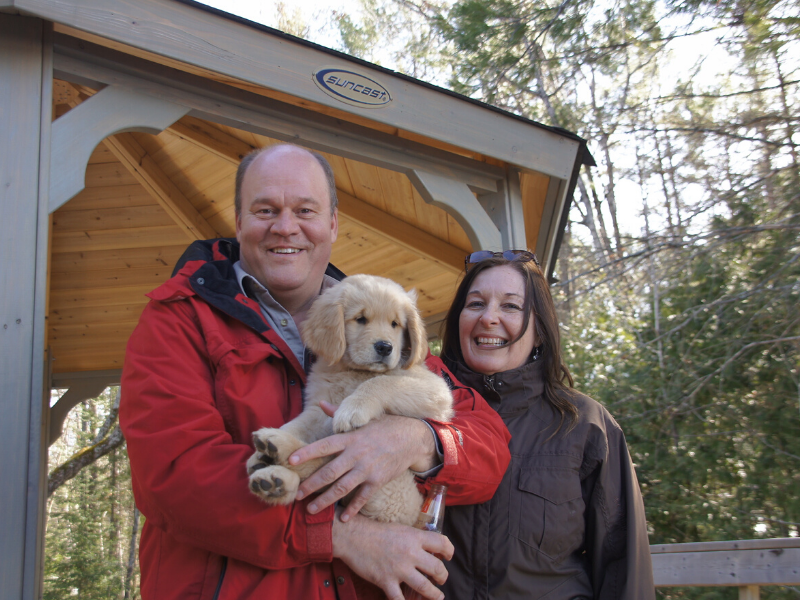 A Canadian man has battled cancer for years. But his hope remains rooted in Christ as he lives each day with the disease.

My upbringing and Christian walk are rooted in family traditions, Catholic school teaching and the influence of friends.

My mother and father were originally from La Passe and Toronto, Ontario, respectively, and eventually settled in the town of Deep River once they married. They had seven kids, including three sets of twins.

A traditional Catholic upbringing was important to my mother. Initially, my father didn’t regularly attend Mass, but I am certain he felt it necessary for us children to attend. We continued to follow Mom’s direction which led to Dad’s eventual conversion. Our family filled an entire pew and faithfully sat second row from the front.

My parents divorced when I was 12 years old. A few years later, my two sisters and I headed west with Mom so she could pursue a new nursing career and get a fresh start with her new husband, my stepfather. It was a period of rapid change on so many fronts, forcing me to step out of my small-town shyness into the city life and pace of Vancouver and Victoria, Canada.

Fortunately for me, my passion for athletics and sports literally helped me navigate through unfamiliar territory and make new friends. I thought I had a promising future in football, but a serious knee injury stopped me. I was told I may not walk normally again and struggled for many years having double-digit knee surgeries and an eventual knee replacement at age 39.

However, because of football, I met some Christians, most of them coaches. They habitually prayed before and after games, something that was foreign to me. Although unaware at the time, God had planted a seed.

I also joined the local 4-H club, where my new friends invited me to join the youth group at their Baptist church. Pastor-led weekly studies were simple biblical learnings, applicable and sensitive to our teenage demographics.

On a bright, August morning in 1982, in a small, spring-fed lake in the middle of Vancouver Island, I was baptized at a youth group retreat. Although I had been baptized as an infant in the Catholic Church, I felt the need to publicly affirm my Christian commitment. My decision was sudden, exciting and scary, yet uplifting —like a weight lifted from inside.

My Christian walk has hit many speed bumps. However, I learned to persevere, keep the faith and return to God’s Word and promises.

My personal life has had its fair share of life-altering events, including a cancer diagnosis. In November 2015, I was diagnosed with colorectal cancer that required a multiphase approach to medically treat.

I have endured 36 sessions of radiation therapy, two rounds of chemotherapy and invasive surgery that changed my life on many levels.

In the fall of 2018, I was told that the cancer had spread to my lungs, lymph nodes and a lesion on my liver that wasn’t there before. The real “moment” was being told there was no medical cure and that perpetual chemotherapy would extend my life by a couple years. My life literally flashed before me in the most somber way. However, to hear the words “no cure” was a deep spiritual experience, too.  Although the news was shocking and reflective, I remembered the Scripture, “For to me, to live is Christ and to die is gain” (Philippians 1:21). I wasn’t about to give up, but I was pragmatic and faithful enough to realize I was in a win-win situation whatever the outcome and had to simply put my trust in God’s plan for me.

A CAT scan in January 2019 showed there was no significant change in size of the lung tumor, no change in lymph nodes, no sign of further cancer spread and no evidence of that liver lesion. Since we refused chemotherapy treatment, the medical expectation was that the cancer would spread more aggressively without chemo. Our fight continues and I have decided to treat this cancer through nutrition and immune boosting supplements. However, I do remind myself daily that the best we can do is treat and that only God heals.

I received encouraging news on my latest CAT scan this past March. To understand my level of excitement, I need to explain this past year’s history. Last June (2019) a decision was made to target a large mass in my right lung and an enlarged cancerous lymph node near my esophagus with high intensity radiation. Although the radiation was somewhat successful, three subsequent CAT scans showed metastatic cancer in both lungs, a new mass in my liver and several enlarged cancerous lymph nodes. My oncologist explained that the cancer appeared to be slow growing but was progressing, nevertheless.

This past fall, I also suddenly lost what I like to call my “singing voice” and haven’t seen much, if any, improvement since. I was advised by the oncologist that this was due to an enlarged lymph node pressing on my voice box nerve. The doctor recommended chemotherapy with the hope it would shrink the lymph node and improve my voice. I was averse to more chemo but thought gaining my voice back was worth it. After much prayer and family support, I took the chemo for about 10 weeks but had to stop due to complications and my personal well-being.

My latest scans revealed the most encouraging news I could have hoped for, especially based on how the cancer was previously spreading. My oncologist, who seemed visibly surprized, explained that most of my lung nodules remained either unchanged or were showing positive signs of self-destructing. There was no sign of enlarged or suspicious lymph nodes in the lung area and all other critical organs were described as normal. Perhaps even more miraculous was that the liver tumor seemingly disappeared. Medically speaking it was described as, “no longer distinctly visualized.” If I had a voice, I’m certain I would have made a bit of noise but had to settle for a lesser but still impressive “jaw drop.” God’s hand was all over this report!

Although I still have significant areas of concern and will continue to battle this disease with vigor, I must say this news was beyond my expectations. I give all the glory to God.

We want our prayers answered quickly, especially when our trials are pressing or critical in nature. I guess God had a different yet time-perfected plan to reveal this news to me, which is a great lesson for us all. I’ve come to understand that perseverance in suffering is a way of purifying ourselves for eternity (our “blessed hope”). I believe God wants us to depend upon and trust him at all times, and that our suffering tends to move our attention and focus back to him. Personally, I can’t imagine going through this type of disease or any major issue without my faith and hope. Without that blessed hope, perseverance essentially has no lasting or meaningful goal.

Another valuable lesson I’ve learned in this journey is that my medical condition tends to change rapidly. Sometimes it feels like the enemy attempts to seed doubt or anxiety into my thoughts and mind, so this fight is a spiritual one, too. No matter what, though, I’ve come to accept the life he’s given me and is still giving me in this regard and remain at peace. “We are afflicted in every way, but not crushed….” (2 Corinthians 4:8, ESV).

I continue to be blessed by the love and support of my church family at Whitewater Wesleyan Community Church in Cobden, Ontario, who faithfully and prayerfully share my personal burdens and those of others. They bring my wife, Debi, a kidney cancer survivor, and me a lot of peace and comfort, and we continue to be humbled and strengthened by their support.

The following passage reminds me of the promise of a better life ahead as I endure earthly hardships:  “For we know that if the tent that is our earthly home is destroyed, we have a building from God, a house not made with hands, eternal in the heavens.” (2 Corinthians 5:1).

This Scripture gives hope and encouragement to those enduring difficult times, especially those battling cancer and life-threatening illness or injuries. May we continue to ask him for the miracle of healing as he crafts our stories in his own way.

Editor’s note: Meagan MacPherson, youth ministry director at Whitewater Wesleyan Community Church (Central Canada District), shared Steve’s story with us. “Steve and his story inspire me! His optimism, his hope in the Lord and his surrender to whatever may come has been an encouragement to me and our ministry staff. His cheerful service in preparing the meals for our seniors’ fellowship is contagious. Both he and Debi are people that you look for on Sunday and who you feel encouraged by. I also really appreciate his krautsalat (a kind of coleslaw).”