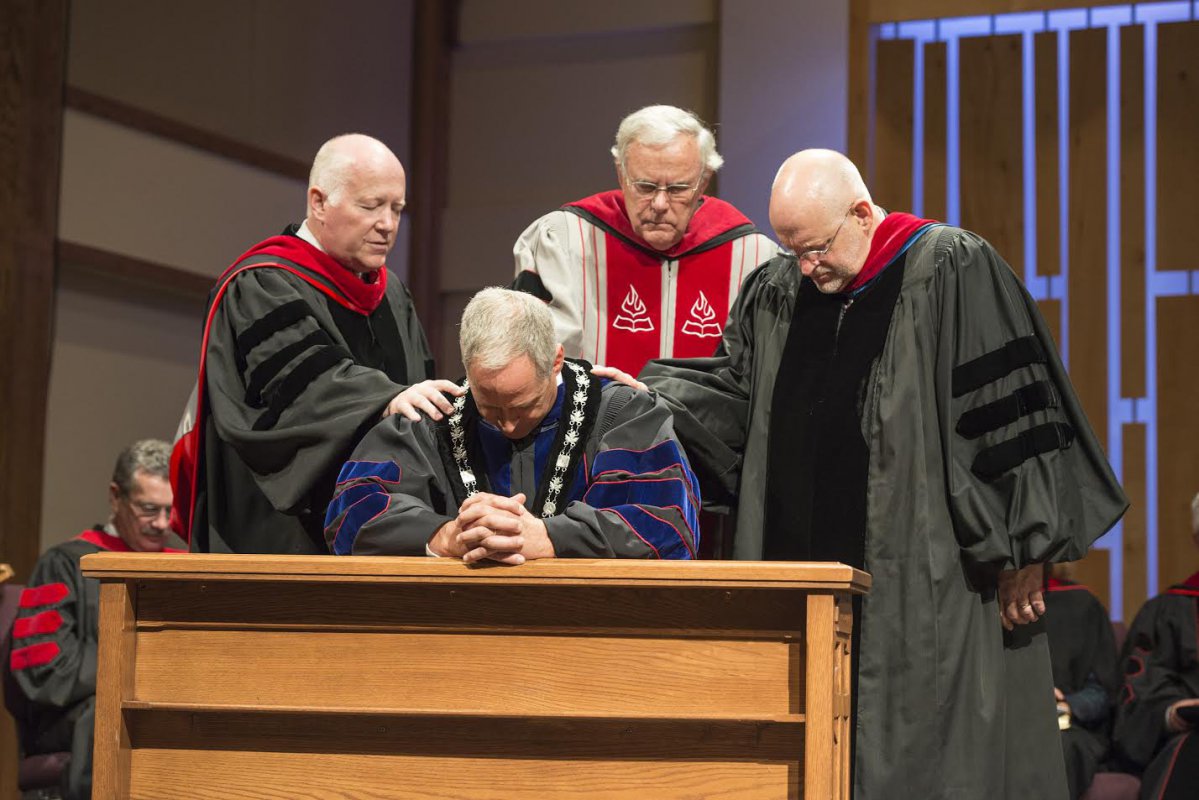 In its 70th year of ministry, Kingswood University inaugurated Dr. Stephen J. Lennox as its 12th president on Friday, October 16, 2015. A formal procession of Wesleyan church leaders, government officials, faculty, trustees, and delegates from other universities marched into the Saunders Irving Chapel in full academic tradition to celebrate the Christian statesman who will lead the university into its next season of ministry.

After opening remarks and greetings from the mayor of Sussex and other dignitaries, Dr. Harry Wood, a former General Superintendent of The Wesleyan Church, presented the charge to President Lennox and the university. His words held much significance for Lennox who was called to the ministry as a student when Wood was his pastor.

“Dr. Wood has been the single most influential non-family member in my life,” said Lennox.

In the inaugural address, Dr. Jo Anne Lyon, General Superintendent of The Wesleyan Church, posed a question regarding the role of Kingswood University in the face of today’s global challenges, most specifically, the persecution of Christians, which is currently at its height.

“Kingswood’s mission statement of equipping Christ-like servant leaders for global impact is more relevant today than when it was written,” said Lyon in answer to her own question. “The university must continue to build a solid biblical, theological, and historical foundation for students to be a mighty force to go out and change the world because God transforms leaders, people, and communities.”

Dr. Lennox knelt at the altar as the prayer of dedication was given by Dr. Laurel Buckingham, CEO of the Buckingham Leadership Institute. Three former presidents of Kingswood University, Dr. David Medders, Dr. Arthur Maxwell, and Dr. Mark Gorveatte, gathered around him, laying their hands of blessing on the new president.

At the end of the service, Lennox spoke of his commitment to the task of leading the university by referring to the biblical account of God speaking to Moses at the burning bush.

“We must take stock of what we have in our hand. We must acknowledge it, then surrender it . . . and God transforms into something living and useful,” said Lennox. “You and I may not turn the world upside down, but we must surrender ourselves to the God who can and will through us.”

“God gave Moses a second command: take it by the tail,” continued Lennox. “We must have the courage to take up what God has transformed. Grabbing a snake by the tail is dangerous, but no more so than raising up a generation of Christ-like servant leaders who think and act with an excellence surrendered to the Lordship of Jesus.”

Dr. Lennox officially began his presidency on July 1, 2015. In addition to ten years of pastoral ministry and teaching at several schools around the world, he served Indiana Wesleyan University for 22 years as professor of Bible and humanities, division chair of religion and philosophy, dean of the Chapel, director of the graduate ministerial program, and acting associate dean. 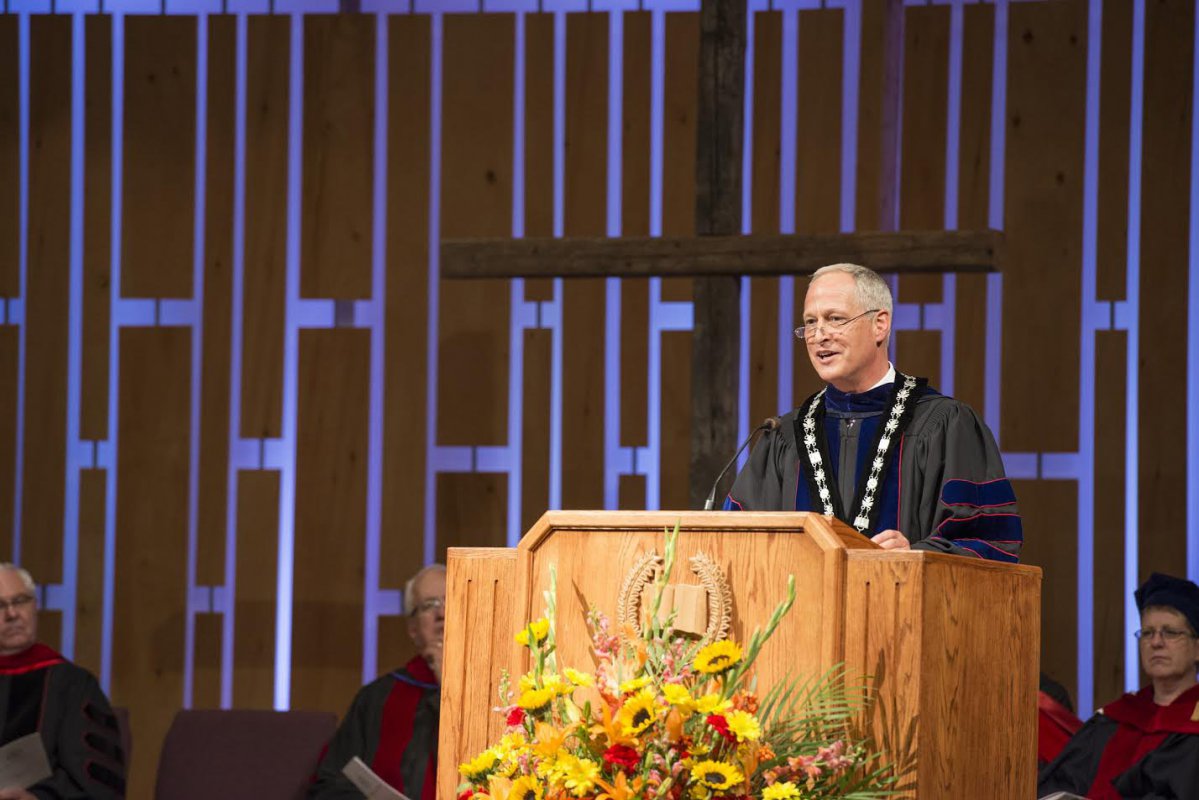 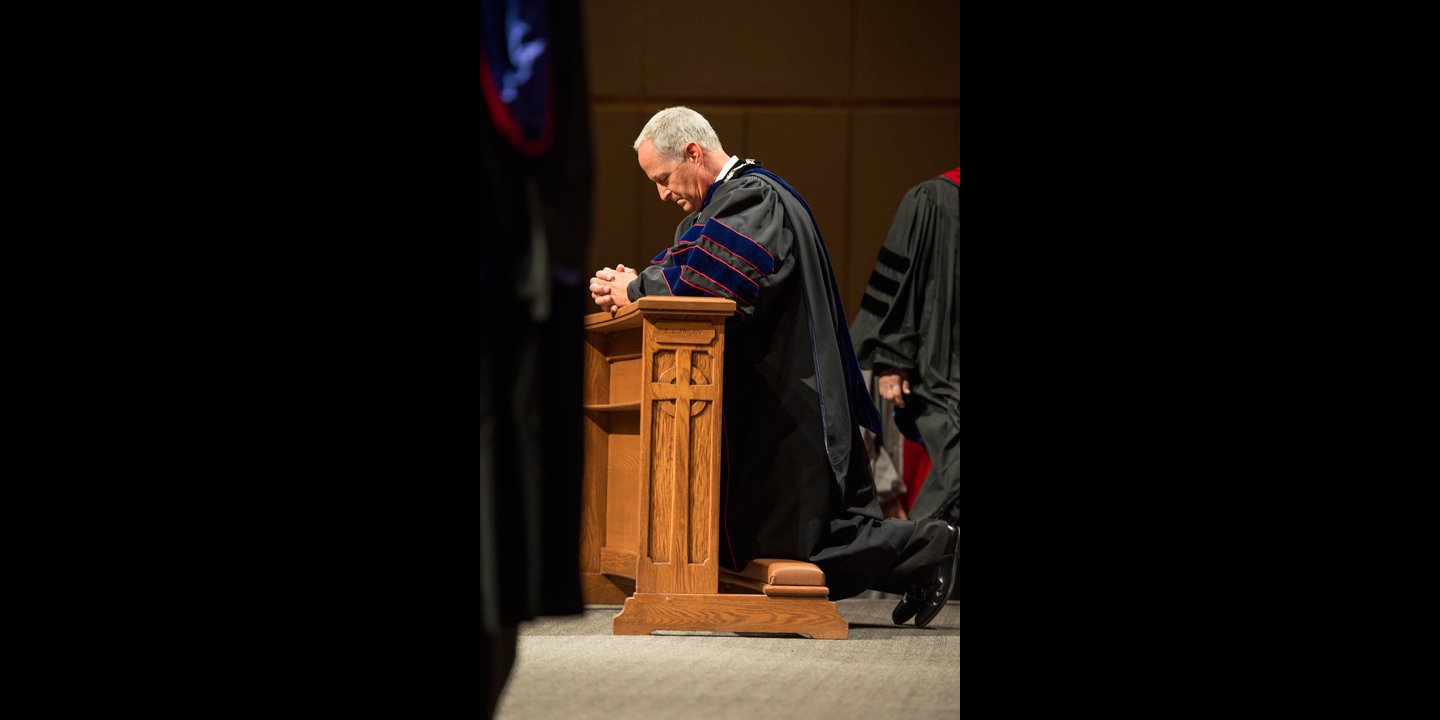 Stephen Lennox prays at the altar. 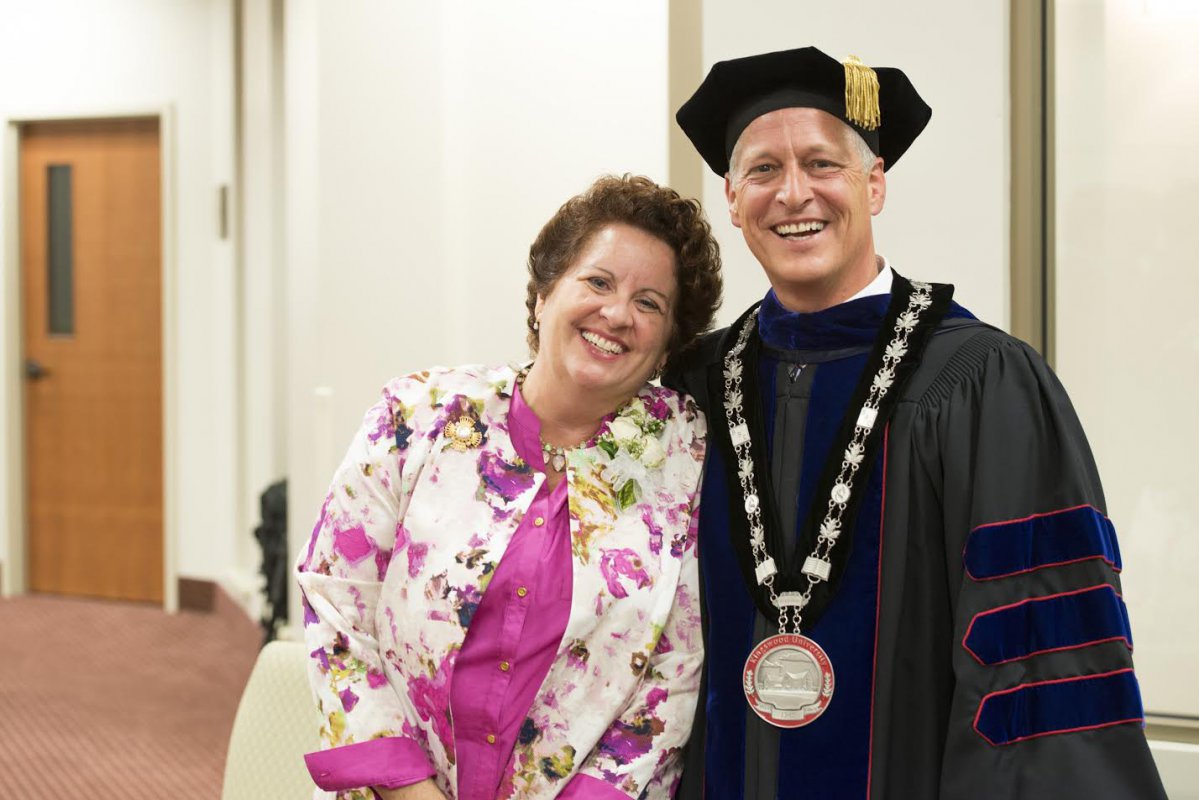