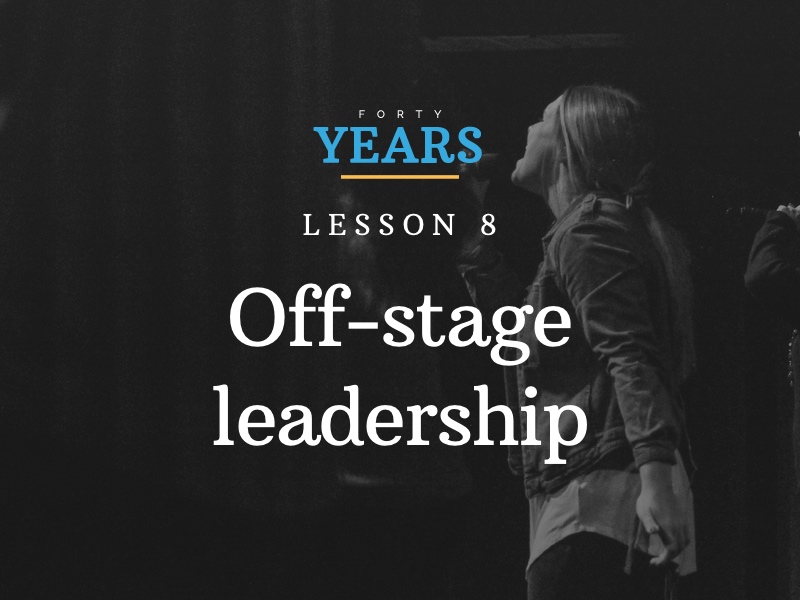 I’ve succumbed on multiple occasions to a certain occupational hazard of ministry — trying to accomplish everything from the platform. I wrestle for months to grasp a perspective or make a change. I then fool myself into thinking if I preach louder and longer, I can get people to come to similar conclusions and commitments in just one message.

The platform can be powerful. Proclamation is essential — there certainly are times when a single hearing of truth changes a life. It is a priority worth investing in to increase effectiveness and fruitfulness. But it is not the only thing. It is most often the beginning, not an end in itself.

Jesus modeled this reality. His proclamation included performing miracles, sharing intriguing parables and teaching with supernatural authority. Yet he was continually huddling more personally with his disciples to engage them in crucial conversations.

John Wesley was convinced. Like George Whitefield and other contemporaries, he saw that preaching could draw a crowd and have a transformative impact — and so he preached thousands of times. But we can all tell Wesley felt strongly about what should come next: “I was more convinced than ever that the preaching like an apostle without joining together those that are awakened and training them up in the ways of God is only begetting children for the murderer … ” (Wesley’s journal entry, dated August 25, 1763).

Preaching louder and longer is not the answer. Lots of preachers, including me, diminish in impact as time increases. Many pastors who are effective in 20–25 minutes are mediocre in 45 minutes.

One year I asked my friend Al to mentor me. He was a member of our congregation and an executive in a family-owned multinational business. Motivational platform presentations fueled this business, but Al was given the responsibility of mentoring other company leaders in their off-platform leadership skills. They were overestimating the impact of what happened on-platform and underestimating the impact of what happened off-platform. I needed a rebalancing of my perspective and development of my less public ministry capacity.

The more critical communication is, the more personal it should be. Significant change requires not only effective vision casting but empowering a guiding coalition. Follow-through is increasingly valuable because it is increasingly rare.

While I seek to steward well the incredible platform of my current ministry role, being faithful in the less visible — but equally valuable ways — is having a compound effect.