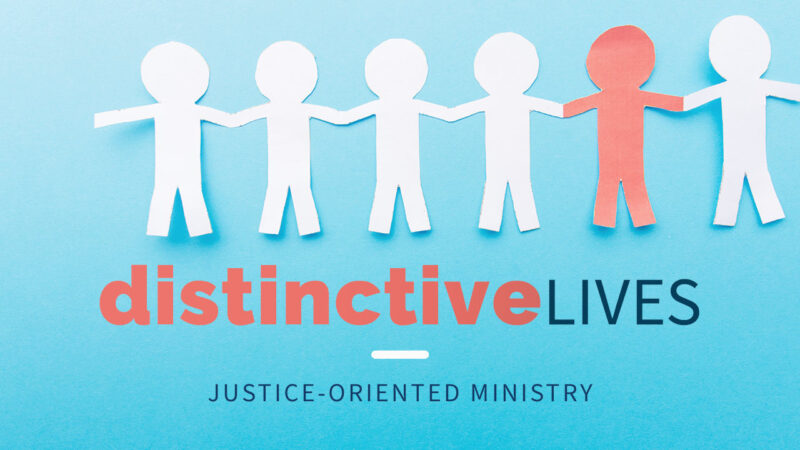 Pastor’s wife takes on shepherding the flock at inner city church in Buffalo.

Growing up in the Bible Belt of North Carolina, there were two things that Pastor Barbara Farrow told God that she simply would not do — one was to marry a farmer, the other was to marry a preacher. 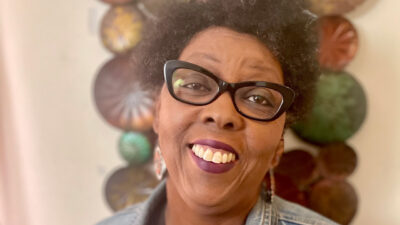 “I saw farmers working sunup to sundown, and preachers always have someone who is unhappy no matter what they do, and they are constantly under some level of scrutiny,” she said. “They were always working and sacrificial — sometimes neglecting their families to serve other people.”

While her avoidance of farmers worked out, her declaration concerning preachers did not. Pastor Barbara not only married one but is now a licensed minister and lead pastor herself. Her path to ministry is quite unique.

She met her husband Casper (Cap) at Houghton College. Together they embarked on four years of ministry in Nurnberg, Germany, working with Youth for Christ and teaching in high school special education. Upon return to the U.S., Dr. Karl Eastlack, then senior pastor, invited the Farrows to come and serve with him at Eastern Hills Wesleyan Church, Williamsville, New York.

Eventually, they went on to plant Grace Community Church in a high level of poverty and somewhat violent section of Buffalo. “I always had a heart for people who were disadvantaged, because I grew up as disadvantaged as an African American woman,” she said. But Pastor Barbara had an advantage that many of those who are disadvantaged in the U.S. do not — she had strong mentors and family members who were highly educated and strong advocates of her receiving a good education.

Pastor Barbara said she told Cap she would agree to plant the church, “but only if we can continue to live in the suburbs. It was comfortable.”

“It only took us the first year to realize this would be an impossible task. They didn’t like the idea you were coming in to ‘save them.’ They wanted you to be in community with them and live with them.” So, the Farrows moved into a house in the upper west side of Buffalo in an area fraught with crime.

“I grew up in the Bible Belt — this was the first time I saw people of color in a violent setting. I saw young girls and boys living in homes with drugs, and with domestic violence. Things that would break the heart of God,” she said.

This environment broke Pastor Barbara’s heart as well, especially after watching a young person get shot in the back a few feet away from her before turning to walk toward her. The event left her shaken with PTSD, living in a constant state of hypervigilance, always looking over her shoulder. “It was consuming.”

But God taught Pastor Barbara an important lesson during that time. “He taught me ‘I am your refuge and your safe place.’”

She needed this reminder daily as the drug dealers claimed not only her street but her own yard. “I would have to say, ‘excuse me,’ to get past them to get into my own house.” Neighbors would call her at work to ask if she was alright because of large gatherings of men in her yard.

The Farrows prayed about how to reach these young men and decided on a porch ministry. First, they had to build a porch. Second, they bought a grill and chained it to that porch. On Sundays they cooked chicken and hot dogs and fed anyone who was hanging around. They engaged them in watermelon spitting contests and corn on the cob eating contests all while talking to them about making better choices in life.

Pastor Barbara shared, “These were not the kind of people who were going to come to church on Saturday night or Sunday. But how many had seeds planted in their lives? Hundreds!”

These seeds have led to notes being left, asking them to pray for their momma who has cancer or for their friend who was shot or for their own situations. “They know that we believe in the power of prayer and that God changes lives.”

Four years ago, life changed dramatically when Cap’s long battle with kidney disease resulted in his death. Barbara spoke at his funeral. It was obvious to Western New York District Superintendent Joey Jennings that she had the anointing to lead the church. The congregation could not imagine anyone else assuming the pastoral duties and continuing to serve the community.

“I don’t think anyone ever called me, but everyone wanted to pick up and keep going after Cap’s death,” said Rev. Jennings. “Her message at Cap’s funeral was powerful. I remember asking her if she felt like she would be able to continue and she had already made plans for the next weekend.”

Although at the start she led and continued this kingdom work with no official training, title or ordination, in many respects Pastor Barbara has been training for this role most of her life.

What Pastor Barbara did not have in accreditation she had in experience. Cap had been diagnosed with kidney disease for some time. For the last five years of his life, he could be healthy one day and unable to preach the next, especially after a kidney transplant. So, she would study his messages and be prepared to deliver them at a moment’s notice.

The Grace Community congregation would tell her “’Barbara, you are ordained by God.’ But I kept saying, I’m not ordained or licensed. That means I have to take classes and send in transcripts, but I’m grieving here.” In the end, she continued “the legacy of love” started by her husband.

“She stepped up and provided excellent leadership and especially during Covid has gone above and beyond in meeting the needs of a hard-hit community in the city of Buffalo,” said Rev. Jennings. “She is very hard working, with a full-time job as a social worker along with pastoring. She’s been with this congregation long enough to speak the truth in love, and they trust her, and they know this is coming from a deep love for them.”

The men the Farrows ministered to now come and “check on me to be sure I’m safe, saying they respected my husband because he always respected them as young men. We made a difference in many young men and women’s lives.”

Many who were witnessed to by the Farrows now come by and excitedly tell her they have a job. “They are thrilled to be in the working class. It increases your self-esteem. One came by and showed me her first paycheck, so I made her favorite pie, sweet potato. She is now tithing to the church.”

Grace Community was Western New York District’s first multiethnic urban church, Rev. Jennings said. The church established a community of churches within their facility called “House of Grace” sharing buildings and cooperating with two or three other congregations over the years, Wesleyan and non-Wesleyan, to help the community.

An additional affirmation of Pastor Barbara occurred in 2021 when Houghton College bestowed the Claude A. Ries Pastor of the Year Award on her.

Pastor Barbara says of her unusual rise from pastor’s wife to shepherd: “I quote from the classic devotion of John Bunyan that says, ‘I can hardly believe that God would speak through me to the heart of anyone, and I still count myself unworthy.’”