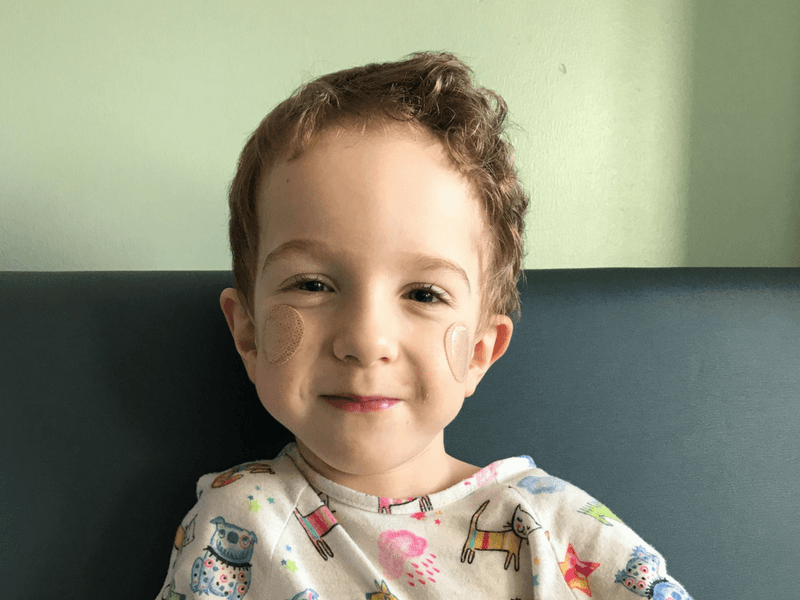 Living in the “what is”

When I sense worry crowding out the truth in my heart and mind, I repeat “What is true about God today?" and try not to focus on the "what if" of tomorrow.

I couldn’t stop pacing the floor of my son’s hospital room.

It was Sunday night and Andrew, age four, hadn’t eaten since Friday. Everything he put in his mouth, including ice chips, came right back up. At this point, he had nothing left in his stomach, but the vomiting persisted.

I walked my parents out that evening (who had driven two hours to Indianapolis to visit) in tears, asking a rhetorical question: “What if they can’t figure this out?”

I asked my husband that same question later.

“You live in the ‘what if’ world too often, Honey,” he said, gently, yet matter-of-factly.

He’s right. I’ve always been a worrier. I have vivid memories of doing just that as a child. Now, years later, I have to fight to believe truth in my “what if” moments.

The next day, an X-ray revealed that Andrew’s stomach looked normal. But the possibility of pneumonia surfaced and a chest X-ray was performed just hours later. The test confirmed that pneumonia was present in his left lung. An antibiotic was administered and breathing treatments increased in frequency. Soon, the vomiting stopped. My son’s spunky personality surfaced again, as did the light in his eyes.

As we continued to camp out at the hospital those next few days, I found myself thinking a lot about “what is” versus “what if.” It’s been four years of fighting regular “what ifs.” Born 10 weeks early with an unconnected esophagus, Andrew has fought a battle that most people don’t see in an entire lifetime. Some of his challenges have shaken me to my core and produced a fear I never knew possible.

Sometimes I wonder why God gave a special needs child to a mama prone to such worry.

And yet deep down I know it’s because God desires to remind me, even if for the millionth time, that he is faithful and trustworthy through each joy and sorrow, victory and setback in Andrew’s story.

What about you? What life circumstance has you obsessing over possible “what ifs”? Trust God with the “what is” of today and remember that he will lead you faithfully into tomorrow—no matter what kind of future awaits you.

But the Lord is faithful, and he will strengthen you and protect you from the evil one (2 Thessalonians 3:3).