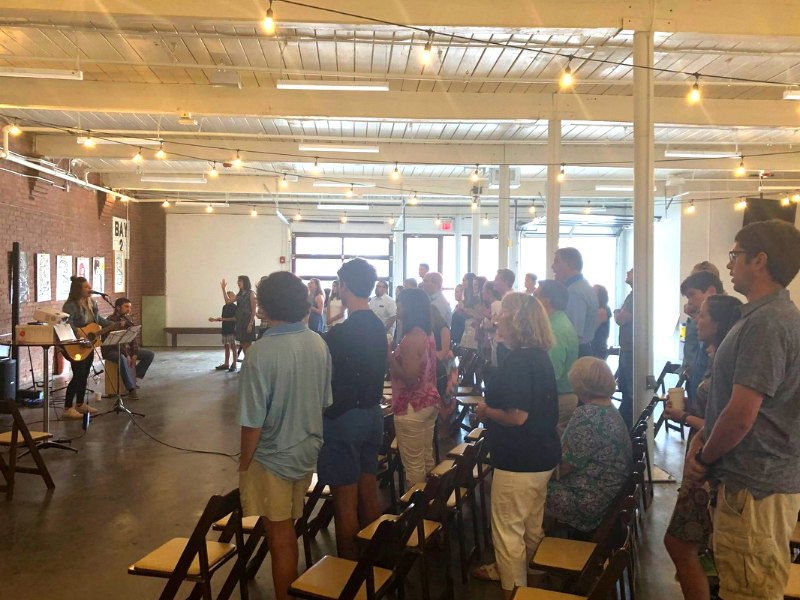 A church in small town South Carolina is making a big impact on its community.

If you pass through Easley, South Carolina, you are not likely to turn onto Rice Road at the old Alice textile mill, with its row upon row of modest family housing. So, if you pass by United Wesleyan Church (UWC), you’re probably lost.

But here we are, a mid-sized church in Pickens County — a county with a median household income of $45,000 and a population that is 86 percent white — creating a network of multi-cultural worship services. And even though we are off the beaten path, people keep finding United, which is on the verge of doing what didn’t seem possible a few years ago: planting a church in another ZIP code and seeking to do it again.

God has provided the resources to multiply at the same time United has renovated, expanded to three services (one traditional, one contemporary and one in Spanish) and given $75,000 to missionaries.

General Superintendent Wayne Schmidt visited United in July and said, “UWC is multiplying disciples, services, locations and languages to reach new areas of their community and people groups with the transforming presence of Christ. A church like United is breaking the stereotype that only big churches can do big ministry. Mid-sized churches are making out-sized contributions in bringing the transforming presence of Christ to every ZIP code.”

United pastor, Rev. Tim Jones, said the reason a mid-sized church can do what United is doing is: “When people buy into your vision, they support it; they step out of their comfort zone, and God blesses their faithfulness. It is taking what used to be and thinking about what can be.

“But,” he quickly added, “you cannot do this in an unhealthy church environment where people are fragmented.”

“I’m a process guy. You let God lead, you set a vision for the church and every day you make decisions that take you one step closer to that goal.”

For example, in 2016 United was considering a merger with Easley First Wesleyan Church in Easley, South Carolina, a church of about 20 regular worshippers. United had one Sunday service at the time, so Jones and Rev. Michelle Bryant, UWC children’s pastor, attended Easley First for six months. They offered their services at Easley for the  9:00 a.m. service, then dashed back to United for a 10:30 a.m. service. Their bridge building yielded a unanimous merger vote, new members who are now actively engaged at United, and money from the sale of that property to renovate and plant.

Another key is having staff pastors who can pick up the load that sometimes sits squarely on a lead pastor’s shoulders. Mentoring staff pastors and lay ministers to get involved and teach or preach is part of UWC’s vision.

UWC’s mission statement is to “love God and love people above all else.” In the past five years, God has given the church occasions to love those in its community, opportunities its leaders embrace. UWC has:

This mill village church of less than 250 people is growing, multiplying and making disciples through the power of the Holy Spirit as it seeks to live out its mission.