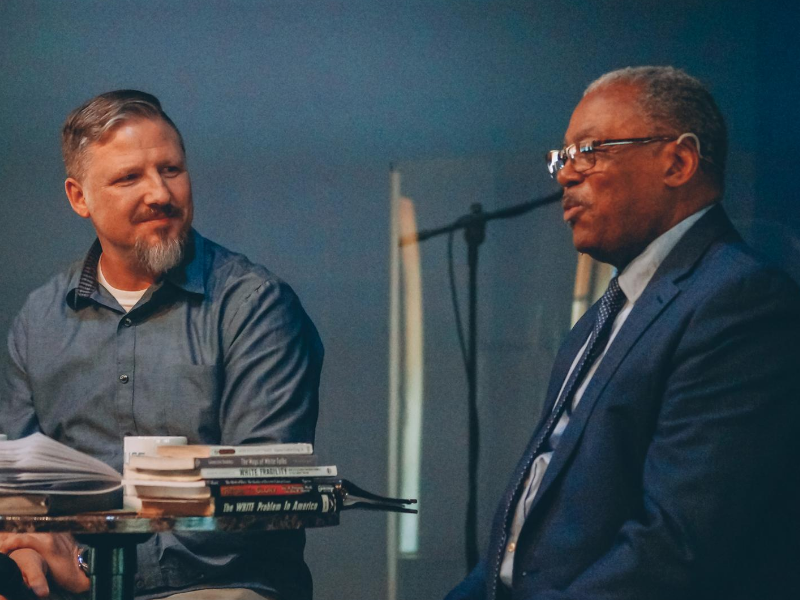 Congregants and leaders at a Wesleyan church in Minneapolis are actively seeking ways to build relationships and gain education on race relations.

Congregants and leaders at a Wesleyan church in Minneapolis, Minnesota, are actively seeking ways to build relationships and gain education on race relations.

Rev. Kory Kleinsasser leads Waite Park Wesleyan Church (WPWC), a congregation made up of mostly white people although the church does hold some ethnic diversity.

“Waite Park is technically a diverse church, though it’s hard to describe,” said Kleinsasser. “We have two services. One is an English service; the other is in Amharic for Ethiopian immigrants. Our kids are discipled together in English. The English service typically runs 110 [attendees] and the Amharic service runs 20 or so [attendees].”

Kleinsasser also noted that “our English service has only four African Americans, as well as a Sierra Leonean couple, who attend regularly.”

Even though WPWC began taking practical steps for racial unity a few years ago, recent racial tensions in the city (after the death of George Floyd) have increased the desire for Kleinsasser and others at WPWC to be a part of transforming lives and the community.

Over the past four years, WPWC has formed a relationship with Wayman AME Church in North Minneapolis, an African American church. The relationship came about on the heels of the death of Philando Castile, a man killed by police in nearby Falcon Heights in 2016. The pastor whom Kleinsasser originally connected with has retired, but he’s connected to the new pastor, Rev. Richard Coleman, since. The relationship began with each pastor visiting the other’s church. Now the two talk each month.

“The purpose was to start to develop some familiarity between the congregations, but it was never intended to be the whole strategy,” said Kleinsasser, who noted that Coleman also actively pours into his congregation and the community.

Kleinsasser said he has learned a great deal from Coleman in the area of race relations, as he challenges and encourages people with the zeal of Martin Luther King, Jr., and does so without a divisive spirit.

As the two pastors’ relationship has deepened, Kleinsasser has provided ways for the congregation to learn more about race. In 2019, the church provided voluntary watching of a PBS film series that showed documentation on the 1950s and 60s Civil Rights Movement “that opened some eyes to details many had never seen … or were never taught.”

A few congregants have been interested in “racial reconciliation as a cause.” Kleinsasser said that “we have at least 20 in the congregation who are passionate about the issue and are ready to get involved.”

WPWC leadership and congregants are ministering in the community and being change agents with race relations through:

Bryon and Shelley Tang are two of the lay leaders who have stepped up to learn more about race relations. The couple, who has attended WPWC for eight years, grew up in the Minneapolis area.

“Witnessing racial disparages for that entire time period, and experiencing the most recent racial injustice, we knew it was time to stop being inactive bystanders and get educated,” said Bryon. “By educating ourselves, it has enabled us to have a greater understanding of the vast inequities for people of color and speak intelligently to inform others we interact with.”

Don and Carolyn Orttel have attended WPWC since 1973 — for 47 years. Carolyn is a retired registered nurse who is still connected to several health-related organizations through volunteer work. At WPWC, she serves on the spiritual care team, helping people connect with community resources as needed.

“I am burdened to learn more about the history of racialism and figure out how I can help bring people in all walks of life together,” said Carolyn, who has a biracial son-in-law and grandchildren. “I ask myself if my little grandson will be safe when he gets older or if he will be judged wrongfully because he is black. I want the world to be a better place for my children and grandchildren and I am willing to do what I can to further that process by prayer and active involvement.”

As Kleinsasser leads the church, he noted that there are several committed lay leaders who want to grow more in race relations and to be change agents who help change lives and communities.

“We know education must lead to practical action,” said Kleinsasser. “Until we’re willing to have some skin in the game, nothing will ever change.”