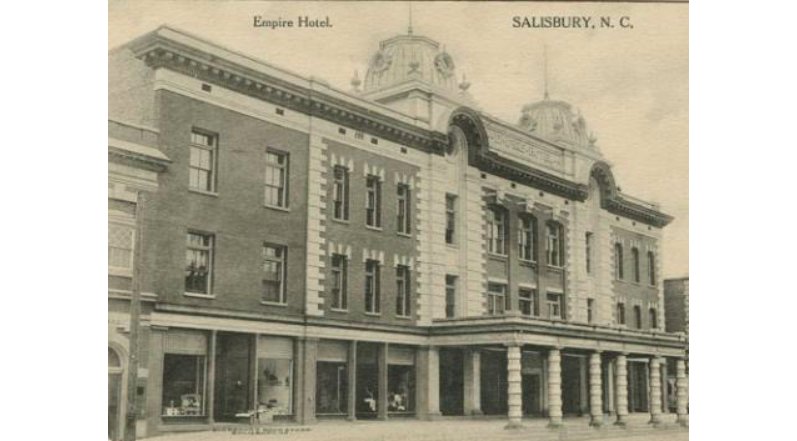 Mission House: God’s Heart for Reconciliation in the Shadow of a Broken History

Experience Christin Taylor’s storytelling gift in this 4th of a multi-part series celebrating God’s work in & through The Wesleyan Church as we lean into His Heart for Justice and Reconciliation.

Dustin and Anthony met on Facebook. Or rather, they noticed each other’s ministries on Facebook and decided that they needed to meet.

“I had a friend who knew Anthony and I asked if he could introduce us,” Dustin explains. He sits back in the booth, an easy, southern boy grin inching across his face. His mannerisms are relaxed and deliberate.

Next to him Anthony nods. It was only a matter of time until they combined energies and ministries. “We recognized that we had a very similar DNA in our ministry,” he explains. Anthony holds his hands on the table in front of him, he sits on the edge of his seat with a gaze that is simultaneously direct and yet deeply reflective.

These two have very different energies. Not to mention the one glaring difference between them. Dustin is white. Anthony, black.

“Yeah,” Dustin continues, “We didn’t want to compete. We decided we should work together.”

“We’re a mid-sized city with big city problems,” Anthony explains as we sit over coffee. The three of us have tucked ourselves into a booth in the hotel cafe. Dustin and Anthony have graciously stepped away from the events of the conference to tell me a little more about their ground-breaking work.

“Yeah, we’ve got gangs, drugs, human trafficking all because of the 85 highway,” Dustin adds. As a way of tackling some of these issues, Anthony and Dustin partnered with a local group called, Night Crawlers, a prayer and presence group that did prayer walks through the community. They also began a civic engagement group called Rowan Concerned Citizens, as well as hosting community based ministry cafes and other smaller community based projects.

Through their careful and intentional engagement, Dustin and Anthony have come to understand the grain of Salisbury.

“The city is trying to find a new identity,” Anthony explains. “We have a traumatic past: lynchings, KKK. Up until the 20th century, the klan was based nearby.”

“Among the black community, Salisbury is known as ‘Rope City,'” Dustin says.

Amidst the layers of injustices that Salisbury boasts, it is the city’s racial tensions that have become an unavoidable reality, and one Anthony and Dustin are willing to tackle.

“90% of the city’s employees are white,” Anthony says.

“But 40% of the city’s population are black,” Dustin adds. 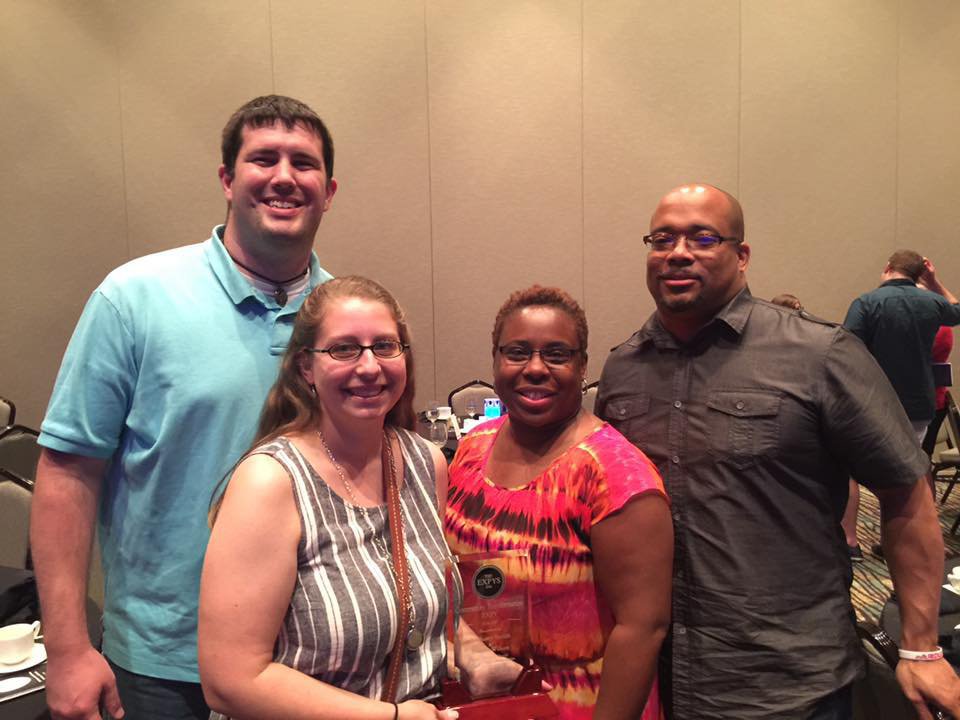 There is a blot of racism and oppression that stains the soul of Salisbury.

Anthony tells me the story of a monument mounted in the heart of Salisbury titled, Fame. “It’s the statue of this angel-like creature who is holding a dying confederate soldier.” Anthony bends his arms in front of him, as if he is the one holding the slack body. “The inscription reads, ‘Gloria Victis’ which means, ‘glory to the crushed.'”

Later, through my own research, I discover that this stone angel’s wings stretch 23 feet high, and that its message unabashedly celebrates the South’s role in America’s bloodiest war.

“Right around when the Charleston 9 were shot, my wife and I were driving through town and we saw a bunch of people wearing confederate flags gathered around Fame.” As Anthony speaks I imagined the groups huddled beneath the angel’s shadow, the slash of red and blue flags draping their shoulders.

“I told my wife, ‘we need to engage these people!'”

I can hardly imagine Anthony getting out of the car and approaching the crowd. I feel my chest constrict at the thought. Apparently, his wife wasn’t thrilled either.

He addressed the leader of the group and asked him, “Why are you here?”

Anthony could tell the man was nervous. They both were, facing each other and the muted ugliness of two centuries of violence.

Anthony nodded and thought for a moment. “What heritage are you representing?”

The leader balked and then said, “Ice Tea.”

Back in the cafe, Anthony, Dustin and I look at each other stunned by the man’s answer. It is both totally honest and utterly heartbreaking.

“People in our community want to tear that monument down,” Anthony explains. “But we want to talk about how we can reclaim that symbol and start a conversation.” Dustin nods in agreement.

Listening to these two pastors finish each others’ thoughts, I have to ask a question that has gathered at the back of my mind.

“So, how do you two work together?” I falter for a moment and then continue. “I mean, as you are dealing with the racial tensions in the city, the oppression and marginalization, you both must bring very different life experiences to the table as a white and black man.”

I’m worried that I have asked an inappropriate question. How does one talk openly about such matters without inevitably touching a nerve? But Anthony and Dustin are gracious. They look at each other and then Anthony dives in.

“I had to walk through my bitterness toward white people.”

I am stunned by his immediate vulnerability. But perhaps this is the result of a life lived in reconciliation: a willingness to face ourselves and the world around us honestly.

Dustin picks up where Anthony leaves off, “And I had to walk through my guilt as a white man and find a way to move forward.”

From this personal place of reconciliation they are turning outward to lead their city.

“Reconciliation is about peace,” Anthony explains. “It’s about sharing stories from our community, lamenting in times of grief and addressing in times of worship when someone is shot on the street.”

Earlier in the month, Dustin wrote a worship song titled, “Rope City”. In the song, Dustin named the history of their city and called for a new identity.

As a church, Mission House practices an exegesis of scripture that highlights Jesus as a savior who engages the marginalized and oppressed. They break open a Bible teeming with insights and revelations for a voiceless community held in bondage.

“The Bible gives us a lens to see how Jesus is at work in the neighborhood,” Anthony explains.

As both a church and a community organization, Mission House’s vision is singular: to be an army of love ministering to a community crushed by spiritual, political, economic and racial forces.

“We want to be a presence in the social fabric of neighborhoods characterized by alienation, violence, and purposelessness. We want to have a reconciling presence.”

In my notes, I didn’t mark whether Anthony or Dustin said this final statement. It really could have been either, in sync as they are with each other and in their ministry. In the end, their friendship and partnership is a beautiful picture of reconciliation: two men, two communities, one ministry working out grace and peace and love beneath the arcing, stone shadow of a broken history.