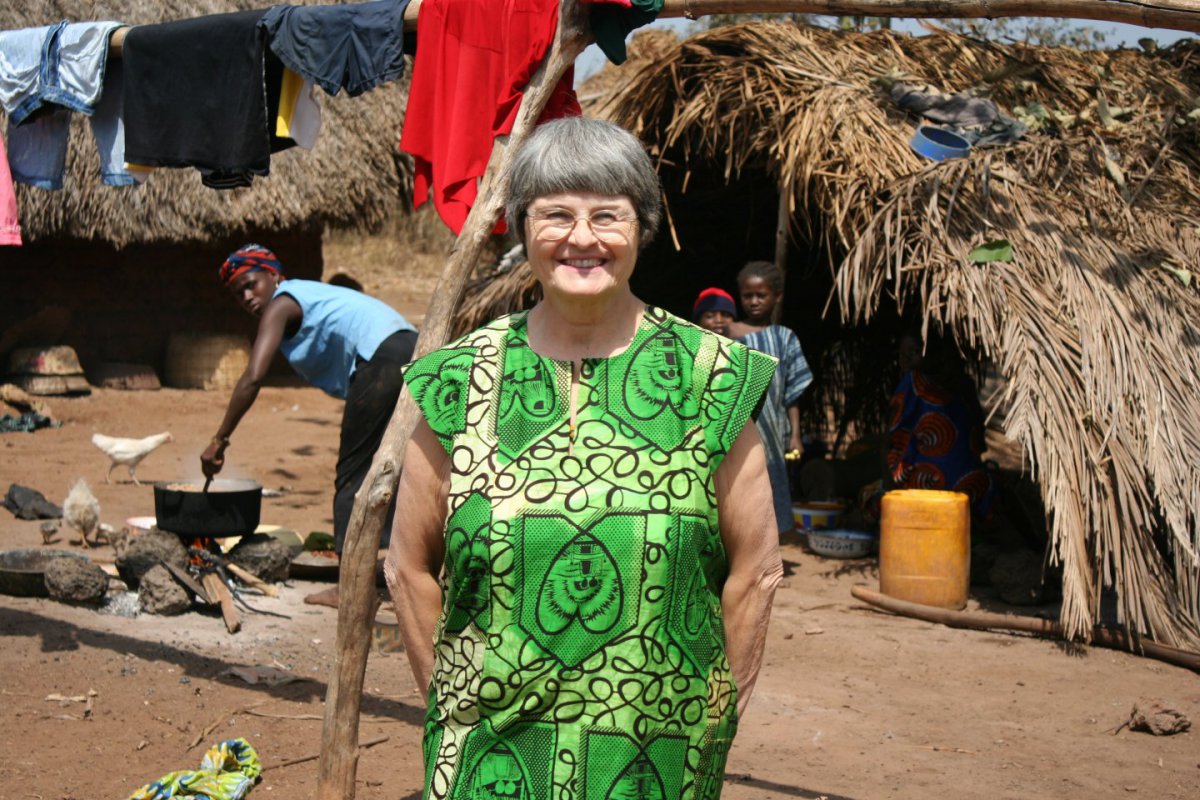 Ruth Pierson was a missionary nurse who served at Kamakwie Wesleyan Hospital in Sierra Leone, Africa from 1967-1989, plus multiple ministry trips afterwards. She was married to Dr. Chuck Pierson.

Ruth Pierson, 71, went to be with her Lord on Dec. 19, 2013. Born Ruth Meyering, her mother died when she was six, and Ruth was raised by her sister, Mary Johnson, in Holland, Michigan. She knew Jesus as her Lord and Savior by age 9 and was part of Holland Central Wesleyan Church.

Ruth followed her calling to become a missionary nurse at Kamakwie Wesleyan Hospital, Sierra Leone, West Africa, where she served from 1967-1989. Ruth married Dr. Charles Pierson in 1972, and together they served in Kamakwie, where they raised three sons. After they moved to Berrien Springs, Michigan in 1989, Ruth became active in the Berrien Center Bible Church and Bible Study Fellowship. Even after 1989 she returned multiple times to Sierra Leone, until prevented by the progression of ovarian cancer.

Memorials may be made to the Ruth Pierson Memorial Fund, c/o Wesleyan Investment Foundation Community Education Development Initiative Fund, P.O. Box 7250, Fishers, IN 46037. Those wishing to share a memory of Ruth may do so online at www.heritage-chapel.com.