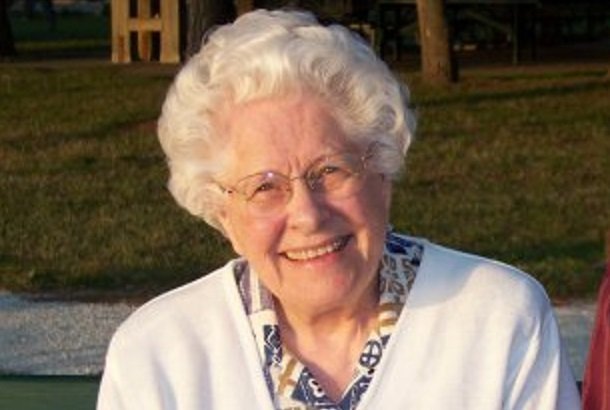 Virginia Fern (Meeks) Wright, 90, was born of missionary parents in Babatpur, India on February 6, 1925. After returning from India, her parents served in various mission churches in Missouri, finally settling in Lawrenceville, Illinois, where Virginia spent the rest of her childhood. She was married to Wayne Wright on September 1, 1949, whom she met when they were co-teachers at Frankfort Pilgrim College, Frankfort, Indiana.

Early in her teen years Virginia received a clear call to serve Christ and his church in overseas mission work, which became the foundation for her preparations for ministry. She earned her college degrees in theology and music, and later in life pursued graduate studies at Ball State University in library science and Anderson University in theology.

In 1951, Virginia and Wayne sailed the Pacific to the Philippines where they worked as teachers and administrators for more than 18 years. Three children were born during those years: Mary Beth, David, and Daniel. After returning to the States in 1970, the next 22 years were spent in service with The Wesleyan Church denominational offices in Marion and Indianapolis, Ind. Virginia served as office manager for the radio program of The Wesleyan Church, The Wesleyan Hour, for nine years. She also accompanied her husband on many international trips as he served in leadership for Wesleyan World Missions. She often had opportunities to preach and teach alongside Wayne. After retirement in 1992, she was co-coordinator for the ministry of The Wesleyan Church in the opening years of doing educational work in Russia. Virginia also served as co-pastor with Wayne at the Wesleyan church in Mt. Etna, Indiana. Later retirement years were spent in Brooksville, Florida, where Virginia enjoyed leading the Wesleyan Women’s group in Brooksville Wesleyan Church until recently.

The Wrights returned to Marion in 2014 due to failing health. She passed away at her home in Colonial Oaks Retirement Facility on July 21, 2015. She is survived by her husband of nearly 66 years, her three children, Mary Beth (Jeffery) Fussner, David (Helen) Wright, and Daniel (Karen) Wright, along with seven grandchildren, and eight great-grandchildren.

One did not have to be around her long to sense the presence of God in her life. She was full of kindness, wisdom, passion, and love. Her concern for the lost was touching. Her prayers touched heaven and were heard by the Almighty.

Online condolences may be made at www.nswcares.com.